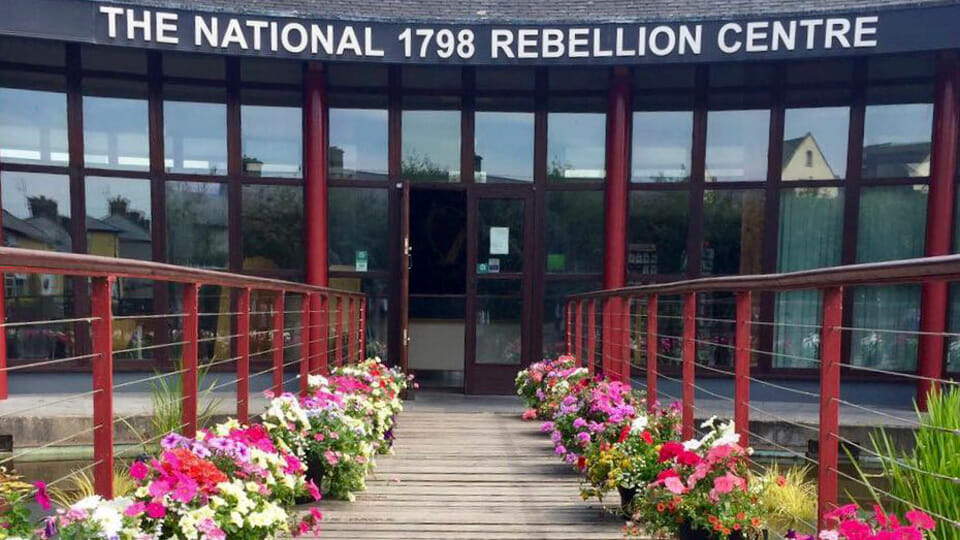 After a storm of local protest, Wexford County Council have withdrawn a plan to sell the National 1798 Rebellion Centre in Enniscorthy to a private company, acknowledging that it would not be now likely to get the support of councillors for the proposal.

The 1798 Centre welcomes thousands of visitors every year, and commemorates one of the most significant rebellions in Irish history. Local people were heavily involved in fundraising for the establishment of the centre.

Local Aontú councillor, Jim Codd, said that he welcomed the withdrawal of the plan but added that the proposal to sell off the centre showed that “some people know the price of everything and the value of nothing”.

“The Rebellion is a hugely important part of Wexford’s heritage, and remembering 1798 is part of the beating heart of Wexford, ” he said ” It’s not just our history but part our culture, remembered in our songs and poetry and stories.”

“People are very proud of 1798, and I was horrified, like many others, to think these moves had been taken without consulting the people.”

Addressing claims that the centre wasn’t attracting enough visitors, Cllr Codd said more needed to be done to highlight and publicise it. “As a teacher for 25 years, I know young people like to know the proud history of Wexford and this is a valuable resource,” he said.

A petition opposing the closure of the centre was set up by local historian Colum O’Rourke and attracted more than 6,500 signatures to date. The new owners were said to be considering replacing the museum commemorating the rebellion with an exhibition based on the life of furniture designer Eileen Grey.

The Wexford County Council said in an email:

“You are aware that we have been in discussions recently regarding the potential sale of the 1798 Centre.

“From discussions with members it is evident that such a proposal would not enjoy the required member support to proceed. It has therefore been decided to proceed no further with the discussions and a S183 notice will not be put before members in the matter.”

Local Enniscorthy councillor Cathal Byrne also said he welcomed the shelving of the plans, telling the Irish Times that it would have been a ‘hammer blow to the town’ and that he had been ‘inundated’ with opposition from constituents.