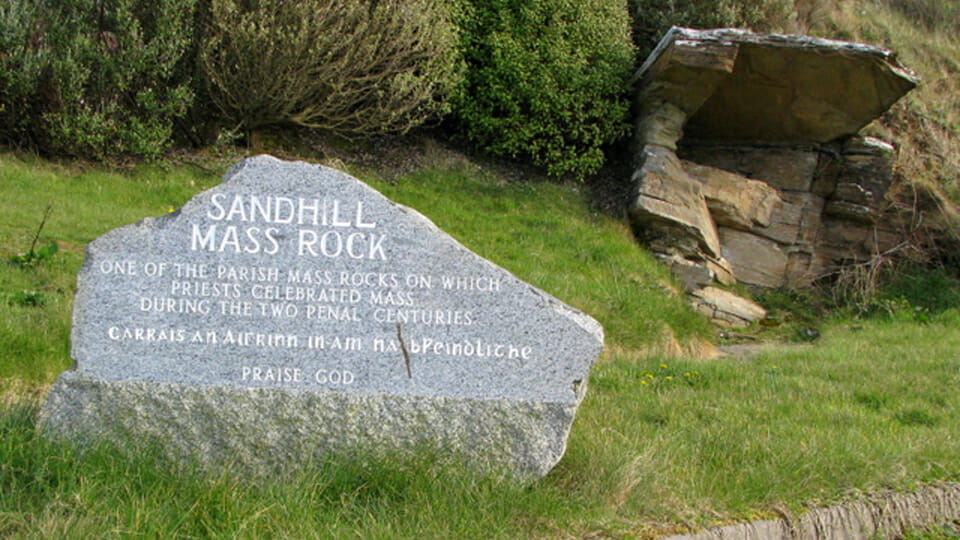 A campaign has been launched to revive the Irish Mass rocks.

Religious charity, Aid to the Church in Need (ACN) Ireland has invited priests in each of the 26 dioceses of Ireland to celebrate the Eucharist at a Mass Rock located in their Diocese.  They said “the intention of each of these 26 Mass Rock Masses was for ‘the renewal of the faith in Ireland through the intercession of the Irish Martyrs.”

ACN said that priests in each of the 26 dioceses returned to “these secluded and sacred places of historical worship where once countless Irish Martyrs and their companions risked their lives to receive and celebrate the Most Holy Eucharist.”

Between 1534 -1714, millions of ordinary Irish men, women & children living in difficult times such as poverty, famine and enduring many horrific hardships as a result of anti-Catholic persecution, under the penal laws, the charity said.

“The settings for the Mass Rocks were wide and varied and yet all stunningly and uniquely beautiful,” they explained. “Each Mass Rock had one thing in common i.e. it was found in a sacred wilderness and in a place of great serenity and closeness to God.”

Monsignor Tommy Johnston celebrated one of the twenty six Mass Rock Masses organised by ACN Ireland, on Mass Hill in the parish of Tubbercurry.

“The Mass Rock there is a huge boulder with an uneven surface offering no indication that it could possibly be used for such a sacred purpose, perhaps that is why it was chosen. It did not warrant a second glance. It was above suspicion. Its location nestled on the hillside provided a clear commanding view of the surrounding area, so, lookouts, at the first hints of danger could easily alert those gathered for Mass.

It was a unique privilege to stand at a place made sacred by our ancestors who had stood there all those years ago giving voice to their faith in presence and prayer conscious of the ever-present danger to life and livelihood.”

ACN Ireland said the Mass Rocks Campaign was organised and run for the benefit of the faithful and the support of persecuted Christians worldwide.

More than 200 million Christians face extreme persecution for their faith, the charity said. 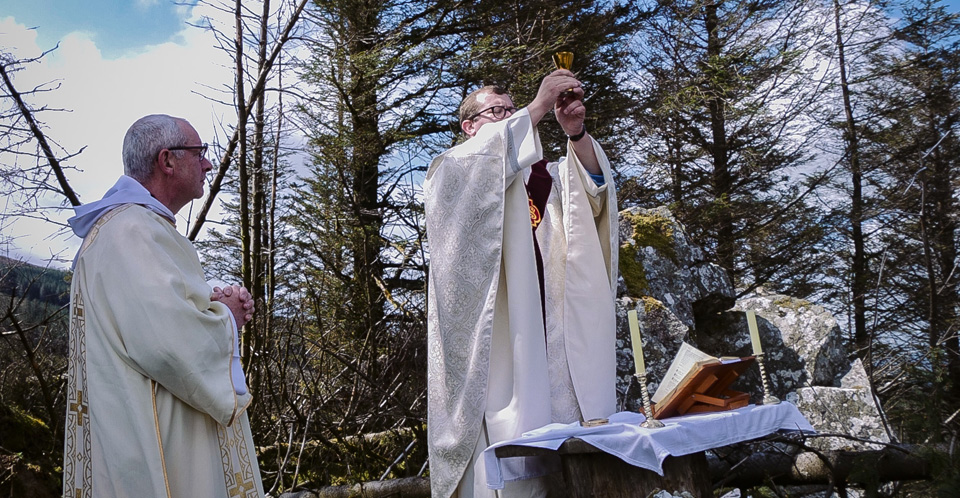 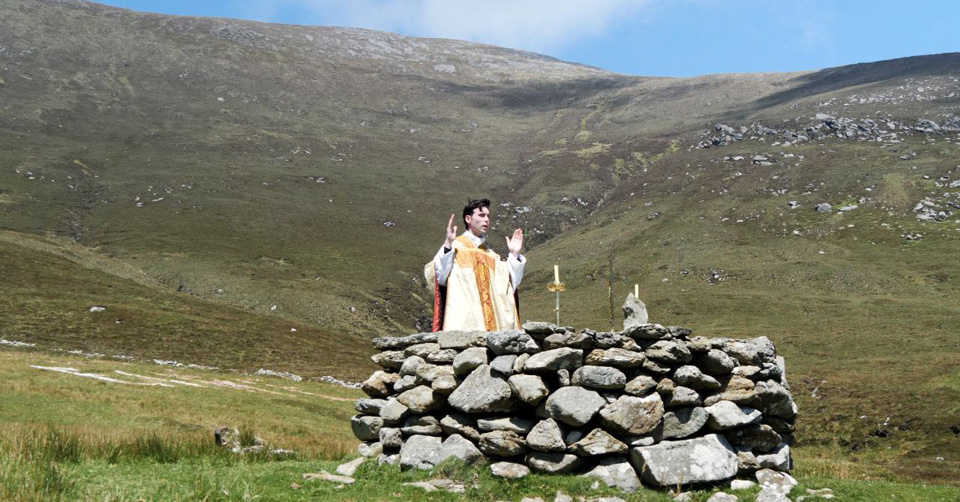 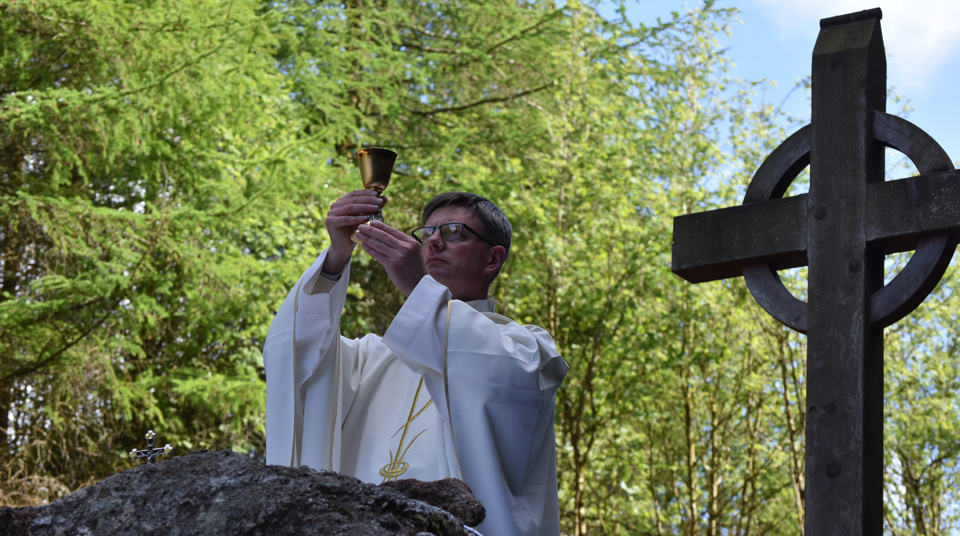 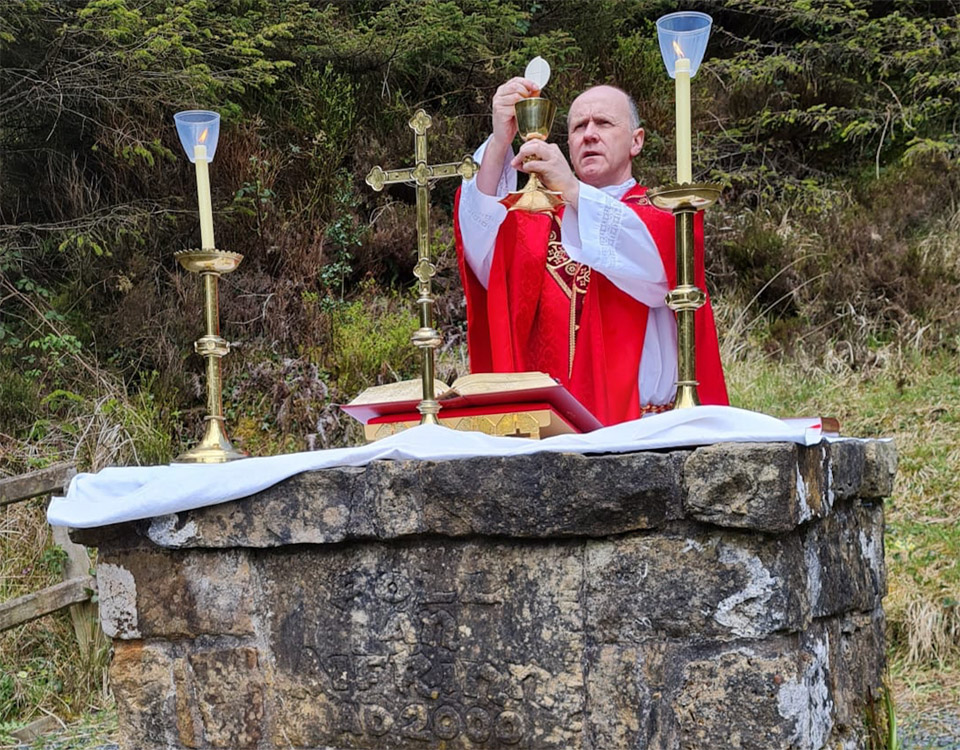