BROSNAN: I’m totally a feminist, and Polanski is great!

Actor pushes for diversity in film whilst praising a convicted child rapist.

Pierce Brosnan recently came out to say that he believes the next James Bond should be a women, that the #MeToo movement was ‘well needed’ in society, and that Roman Polanski, a convicted child rapist, is a ‘brilliant film maker’ and should be celebrated as such. And he did all of this in a single interview, apparently without thinking that he may want to space the praise for a man who drugged and raped a 13 year old girl out a bit more from the pro-women spiel.

Who is Roman Polanski?

Roman Polanski pled guilty to unlawful sexual intercourse with a minor in 1977 before fleeing to France in 1978. He was originally charged with:

His accuser became fearful of the amount of attention the trial would bring on her life, as Polanski was immensely famous at the time, and her legal team agreed to a plea deal with Polanski pleading guilty only to unlawful sexual intercourse with a minor.

He fled America when it began to look like the judge would make him serve jail time rather than the probation he had been promised. Looking back on the trial in an interview he famously said ‘everyone wants to fuck young girls’. He has been accused of the sexual assault of multiple other minors, all young girls, some as young as 10, since his conviction.

The Morality of Hollywood

Given the above you may be confused as to how anyone could simultaneously say that we need more women in film, men need to stop holding women back, and that Roman Polanski is a great guy despite the fact he drugged and raped a 13 year old girl.

So let me lay out the moral framework of Hollywood here for you. Saying we need more women in films is a popular thing, so it is moral and decent to say it. Polanski is popular, and makes good movies, therefore he is a moral and decent man who made a single mistake.

When Harvey Weinstein’s sexual appetites become public knowledge, and being friends with him could hurt your career, it became moral and good to say he was a monster, usually followed by claiming you knew nothing his sexual exploits, despite the fact that comments and jokes about his behaviour were being made years before anything became publicly known.

People, many of whom had worked directly with Polanski, stood up, and with a straight face, said that if they had known of Weinstein’s past they would never have defended him, and that they couldn’t believe that someone so involved in Hollywood could have been so wicked. They said the very thought that someone who could potentially be a rapist would be so involved and accepted in Hollywood was unthinkable, indicating they don’t think often about Roman Polanski or the many major awards his films have won since he committed rape. For many of them it was their finest acting performance in years.

So defending Roman Polanski, or whatever other sexual predator has managed to stay in their good graces, is nothing out of the ordinary for Hollywood. He has been widely defended, at this point for decades, by people who believe that what he did wasn’t, as Whoopi Goldberg said, ‘rape rape’.

When he was arrested in Switzerland in 2009, as he is an international fugitive from justice, over 100 of Hollywood’s leading lights signed a petition calling for his release. It’s gotten a bit quieter since #MeToo and the downfall of Harvey Weinstein, but Polanski is very much still an accepted part of the Hollywood bubble. One can go to his Wikipedia page or his IMDB page and see that this is not a man who struggles to get work, and this is not a man that high profile actors have the slightest concern about working with.

It is farcical that Hollywood stars are so keen to lecture on morality whilst Hollywood happily consorts with a known rapist, and Pierce Brosnan’s recent comments reveal what the real morality of Hollywood is – money and prestige.

Polanski, who to this day avoids entering any country which has an extradition treaty with America, was at the Deauville Film Festival this week to show off his latest film, which is based on the true story of a man sentenced to life in prison for a crime he did not commit. Polanski has said it reminds him of his life after he admitted to raping a 13 year old girl, which indicates he hasn’t quite worked out the difference between ‘crime someone didn’t commit’ and ‘crime someone admitted to committing’, which would certainly explain his confusion about the fact people won’t let the whole child rapist thing go. 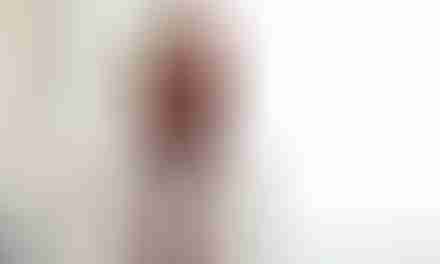