BEAUTIFUL: meet the tiny premature baby who fought off Covid-19 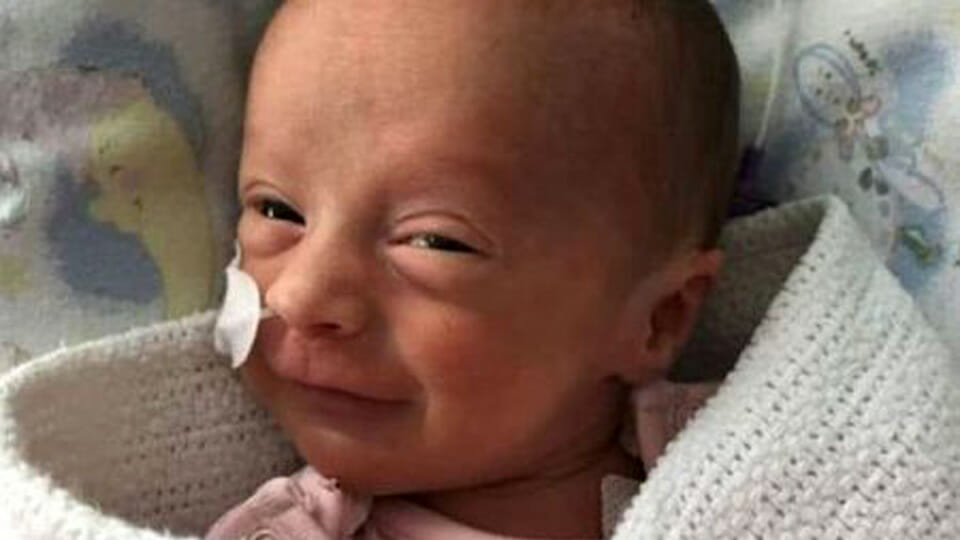 A premature baby girl born in England has successfully fought off the coronavirus. Born eight weeks early, and weighing just 3lbs 5oz (1.5kg), baby Peyton was diagnosed with Covid-19 just three weeks after she was born.

Her mum Tracey Maguire spoke to BBC News, recalling the moment her tiny baby girl baby was tested for the virus. She said seeing doctors insert the swab into Peyton’s nose was one of the “worst things” she has seen.

“It was the first time I’d seen my baby cry tears,” she said. “I held her, I was crying and we were just trying to get each other through the situation.”

Being premature, baby Peyton was kept in for observation in Wishaw General Hospital in Lanarkshire, where she began to show some slight symptoms – a sniffle and a few coughs, “almost undetectable”, the BBC report heard.

Tracy told BBC Radio Scotland’s Mornings with Kaye Adams programme the news that her baby had become one of the country’s youngest virus patients was traumatic.

“They said ‘she’s fine, don’t panic – but she has tested positive for coronavirus’,” said Tracy.

“I think the doctor was trying to keep me calm but I was sobbing. As much as she was fine I thought at what point was she with the virus? How is she fighting against it when she’s so wee? It was just the unknown.”

She said Peyton received “amazing” care from neonatal nurses as she battled the virus. The tiny baby was given steroids to help strengthen her lungs.

However, Tracy was told she would have to go home and self-isolate for two weeks away from her baby, but she pleaded to be allowed stay with her baby.

She said: “I was pleading on the phone with the doctor saying I don’t want to be away from her.”  The doctors relented and allowed Tracey to stay with her baby girl, though her husband Adrian couldn’t be there.

Baby Peyton recovered and is now at home with her family, who were full of praise for the doctors and nurses at Wishaw General.

Tracy told BBC: “They are doing a job that is unreal – they put their life at risk to make sure my baby was getting fed and cuddled in their full PPE.

“It’s spectacular, you’ll never understand how grateful you can be to people. Peyton is my most precious thing in the whole world and I trusted them to look after her.

“To any mums that are worried, put your trust in these nurses,” she said.

SF Senator: I’m re-registering as a nurse to fight Coronavirus