Bad news from Paschal: No full jobs recovery until….. 2023 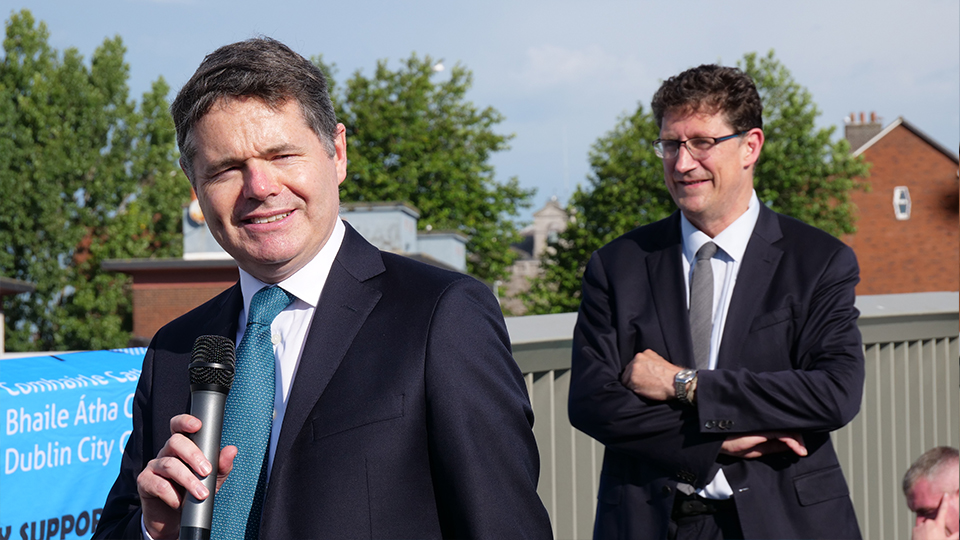 The good news here, you might say, is that at least Paschal Donohoe seems to envisage Ireland being fully out of lockdown by 2023. He’s going to get into hot water with the Zero Covid people, who markedly do not share that assumption. But that’s sort of where the good news ends:

Paschal Donohoe said that getting people back into jobs will be a “huge driver” of tax revenue increases.

Donohoe said economic forecasts show that around 220,000 people could be back working next year, meaning it could be 2023 before Ireland returns to pre-pandemic employment levels.

The issue here, of course, isn’t just how many jobs come back, but what kind of jobs they are, and in which sectors. It’s relatively easy to say that once lockdown ends, pubs and hotels will start hiring people back in their tens of thousands. But isn’t that predicated on those hotels and pubs being in a position to make money?

The simple fact of the matter is that tourism, for example, could take much longer to recover. Especially if, as seems to be the case, the people in charge envisage mandatory hotel quarantine as a semi-permanent facet of life in Ireland. Who is going to want to come here in ’22 and 23 if they have to hole up in a Dublin hotel for a fortnight?

And there’s another factor, too: The programme for Government, remember, commits itself to no deficit reduction measures until the second half of the Government’s term, which is slated to begin…. Some time in late 2022. The state is running some of the largest deficits in its history at the moment, as it pays for the costs of lockdown. All of that will have to be paid back at some stage, and a good portion of it will begin to have to be paid as early as the 22’ budget. That means tax increases, spending cuts, reduced investment in infrastructure, and all the rest of it. That, too, will have an impact on employment.

How much is this all costing, by the way? Well, remember back in October, the Irish Times published this analysis:

Six weeks on Level 4 would cost an estimated €1 billion in support costs (on top of the €21.5 billion deficit already left by the pandemic). This amounts to €414 million more than under the current restrictions. Four weeks would cost about €800 million, or €276 million more.

The additional cost of pandemic unemployment payment from putting an estimated 115,000 more people out of work under Level 4 closures amounts to about €39 million per week, based on analysis for the Department of Public Expenditure and Reform for last week’s budget.

This is on top of €61 million currently being paid out in such payments to almost 229,000 people.

Then there is the new Covid Restrictions Support Scheme, which provides businesses that are forced to close with weekly grants of up to €5,000 each. This currently costs the State €40 million per week under Level 3, which would rise to €70 million under Level 4 restrictions.

That was an analysis of the extra cost of six weeks at level four lockdown. What we’ve actually had has been fourteen weeks or more of level five lockdown. Add that to the 21.5 billion cost of the pandemic up until October, which was six months into the pandemic, add another six months at that rate, plus the additional costs of level five, and you might reasonably assume that this whole thing is going to end up costing Ireland somewhere in the region of fifty or more billion euros. The bank bailouts, for reference, cost the country forty one point seven billion euros.

That is to say, in my adult lifetime, the Irish state will have incurred over ninety billion euros in debt to pay for crises. If you’re my age, take my advice and get yourself a private pension.

In the light of all this, then, it’s even more astonishing that there isn’t more urgency to open the country. And it’s worth wondering whether facing the costs of the lockdown is one of the reasons we’re reluctant to leave the lockdown: While all this proceeds, nobody is thinking about the costs. When we do start thinking about the costs, there will be hell to pay. Politicians, its fair to say, may not want to think about that, just yet.