Are we being told to get rid of our ‘Irishness’ to embrace woke diverseness? 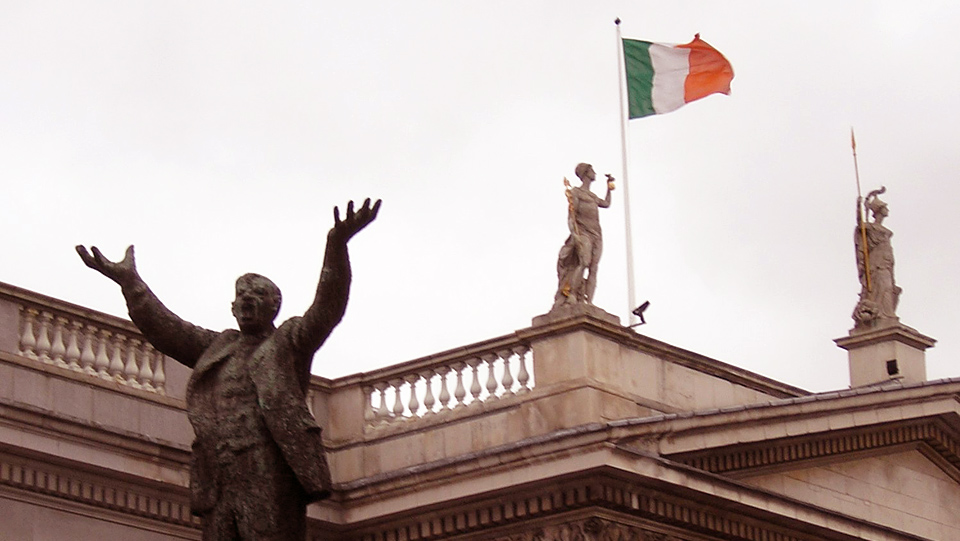 If you are one of the ‘too Irish’ citizens of this “ethnostate” then perhaps you might do well to give the Irish National Integration Conference a miss. It is running all week from Monday to Thursday and the organisers in the Immigrant Council of Ireland have been kind enough to place the proceedings on their site if you are masochistically so inclined.

The organisers are funded largely by the taxpayer and various ‘woke’ foundations, and spend the vast bulk of their income on their own staff of 14 including CEO Brian Killoran. They also manage to spend more than even the generous funding received each year. They clearly have the backing of the state and the political establishment in spending their time and our money sitting around thinking of ways to tell us to be better.

So much so that yesterday, Monday, the conference was addressed by Minister for State Joe O’Brien who made a tendentious reference to the disproportionate number of migrants in disadvantaged groups. Minister for Children Roderic O’Gorman was there Tuesday and the Gardaí and the Department of Business, Enterprise and Innovation will also be represented during the week.

And what will the audience hear? Well, unsurprisingly, if the programme and the part I inflicted on myself are any indication; how slack the natives are in radically remodelling Irish society in order to facilitate an activist minority of a minority who clearly regard the Republic as far more than a place to live or work. That includes addressing the “ongoing negative impact of the 2004 referendum.” That’s the referendum on citizenship approved by 80% of the Irish people who voted. That one.

Yesterday was mostly devoted to challenging the notion of Irish identity. From listening, it is apparent that this goes way beyond the Pollyanna native left-liberal fantasy of migrants becoming “more Irish than the Irish themselves.” In fact it is clear from listening to the “activists” that the very notion of “Irishnessness” is unacceptable and is viewed as being hostile to other cultures. Is it Irish culture and identity that needs to step aside? Whatever they are looking for, integration would certainly not spring to my mind.

The issue of identity was framed in the context of 2021 being the hundredth year “since the establishment of the Irish state.” Which of course it is not. 1922 was the year in which the state was founded, the Rising took place in 1916 and the Republic was formally declared in January 1919 by Dáil Éireann as the “elected representatives of the ancient Irish people” with the Declaration of Independence.

Pedantry aside, there is an air of arrogance about this whole project. They hang it on references to our past; with the implication that mass immigration is either some recompense for the imagined sins of our past, or a fulfilment of the objectives of the movement for freedom.  If one were to be asked for a word best descriptive of the tone of the conference and the ideological onslaught on “small tent Irishness” I guess I would opt for hectoring.

Another telling theme of the conference on Monday, and which sets to run through the week, is the ignorance of – or just belittling of – what is already here and which must either accommodate itself to a small minority of racial activists and politically motivated state paid NGO place holders or cease to exist. For example, Sarah Duku claimed that there is only one organisation in Balbriggan catering for children under the age of 14.

Even a cursory Google search will bring up a whole range of such organisations from those like O’Dwyers GAA and Balbriggan United in sport to Foróige, scouts, and others. So, what is she referring to exactly?

One ring to bind them all? One integrationist diverse organisation for all of the youth in the march towards the new glorious corporate Woke future. Now that the old socialist one lies in “tatters and shreds,” to quote Ronnie Drew’s epitaph on the Soviet Union.

In fitting with all of this, several mainstream media inflicted another chapter in the ongoing whinge of one Buleani Mfaco who claims to be an asylum seeker from South Africa, even though South Africa is not considered an unsafe country for the purposes of seeking asylum. Mfaco has variously claimed to have fled South Africa because of homophobia, his membership of the Democratic Alliance, and something to do with housing.

Here he is a spokesperson for the Movement of Asylum Seekers in Ireland (MASI) and seems to have a hotline to the Irish Examiner every time his dinner is cold. I refer to the far-left ideology of MASI because curiously the Democratic Alliance in South Africa is explicitly opposed to socialism. Which in fact is the guiding principle – if you leave aside self-aggrandizement – of the African National Congress who have been in power in South Africa for almost three decades building socialism in various families connected to the ruling elite.

Well, you may have gathered that my tolerance ration for Bengal Lancers like Mfaco and the NGO hacks who feed off the Irish people is pretty much exhausted. Far from Ireland being hostile to immigrants, it is quite the opposite. Legitimate migrants, both those who work and who are genuinely fleeing oppression mostly from countries run by people who are ideologically close to the migrancy activists here, are not part of this extremist fringe. There is no Polish Lives Matter, nor are Indian “activists” demanding that Indian history – which is also substantial and rich – be a compulsory part of the school curriculum.

Such a fringe is of course entitled to voice its opinions here and to whinge all they want. The question is ought they to be funded to the tune of substantial millions in order to do so? Or ought they have Government ministers, state departments, most of the media, and even the Gardaí at their beck and call?

Especially given – judging by the tone and theme of the “Integration” conference – that many of them give the distinct impression that the movement will not be happy until what remains of our culture is relegated to museum pieces, and they have us like those sad white American Democrats grovelling before BLM with chains around their necks, or flagellating ourselves through the streets crying Penitenziagite!