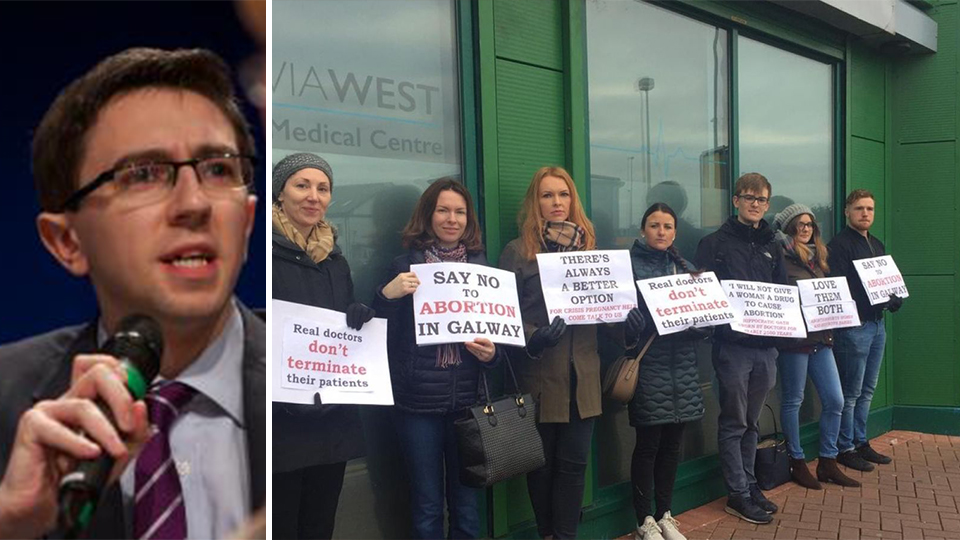 Garda Commissioner Drew Harris has told Minister for Health Simon Harris that “safe access” abortion legislation is not needed. The news emerged during a meeting of the Oireachtas Health Committee addressed by Simon Harris to deal with exclusion zones near abortion facilities.

Minister Harris however indicated he would continue to pursue legislation, despite the advice of the Garda Commissioner.

The Commissioner confirmed his “satisfaction with existing public order legislation to adequately deal with any reasonable public order incident that may arise at such centres. I re-confirm my views expressed at our recent meeting that protests to date at such centres have not contravened the law and are peaceful.”

There was “no evidence to suggest that there is threatening, abusive or insulting behaviour directed towards persons utilising those services,” the Commissioner added in his letter to the Minister for Health.

“It’s time for the Taoiseach and others within government to make a clear commitment to protecting dissenting speech and protest after numerous embarrassing threats to criminalize these forms of demonstration against abortion”, she added.

Responding to the news, Senator Ronan Mullen said “it is clear that Minister Harris, in telling us today that he still wishes to legislate for exclusion zones, is just clinging to ideology, but he had no option but to share the unwelcome news from the Garda Commissioner that his cherished legislation isn’t actually needed…The Minister was unable to acknowledge himself that European Court of Human Rights case law might well create problems for his plans to restrict pro-life expression.”