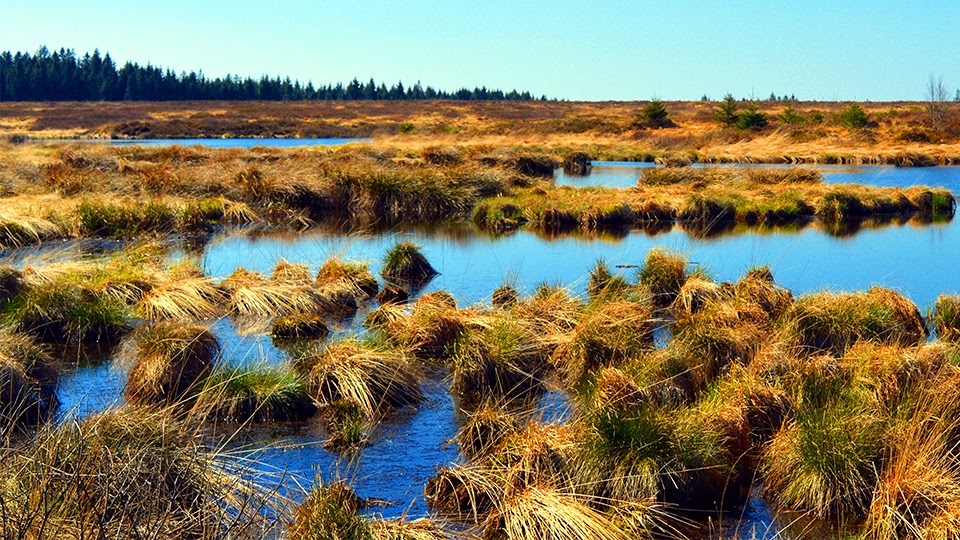 During the covid lockdown, which could be the worst economic crisis in living memory, the geniuses over at Bord Na Mona have forged ahead with shutting down all peat harvesting and production, hanging even more Irish workers out to dry. All to appease a radical green lobby who wouldn’t know common sense if it jumped out of the bushes and tickled them.

Bord Na Móna chief executive, Tom Donnellan, just confirmed that this move marks a formal end to the company’s association with peat harvesting, as it now moves on “to tackle the critical challenges concerning climate change, energy supply, biodiversity and the circular economy.”

This appears to be a complete u-turn from what the organisation said in the past, where they indicated that they’d only be temporarily stopping peat harvesting for 2020 and continuing in the new year.

That has turned out not to be the case, and people who worked at power plants will now likely lose their jobs sooner than expected.

Last year, Bord na Mona suspended all peat harvesting on its bogs, and peat-burning power stations were closed down ahead of schedule, which shocked hundreds of people who were let go unexpectedly overnight.

Unions at Bord na Móna have expressed surprise and disappointment at an announcement from ESB that their peat burning power stations in Offaly and Longford will close down their generation of electricity earlier than originally expected https://t.co/KqCSWsiqvC

This happened largely because of EU dictats on climate targets, and this newest shutdown, like the ones last year, will no doubt blindside employees who will be unceremoniously dropped by their employers.

What some viewers might not know, but what Bord na Móna certainly did know, is that peat is also massively relied on by Irish horticulturalists – the people who grow our fruit and veg – as a soil improver, and horticulture is a vital sector of Irish employment.

As Independent Offaly TD Carol Nolan said: “I am genuinely alarmed at this move and so too is the Just Transition Commissioner who can clearly see the risk this is going to create for thousands of jobs within our own indigenous horticulture sector.”

In fact, those in the horticulture sector were also told we had enough peat in reserve to supply them for the next growing season, until recently, when they were suddenly told by Bord Na Móna “Whoops, we actually only have enough to last us until March, and after that you’re on your own”. So it’s been confused mixed-messaging and contradiction from day one, which has caused totally unnecessary added anxiety for much of rural Ireland at a time when the economy is already turbulent enough as it is. People already don’t know what to believe from one week to the next regarding their financial future.

"Thousands of jobs at risk over shortage of peat production"

“Bord na Mona previously assured the growers that they had enough stockpiled peat and compost allocated to get them through the next growing season.” | That's Farminghttps://t.co/N6thmlZtnc

Power stations, on the other hand, will just be closed down altogether. The ESB has already been closing down peat power stations for years, and no doubt this will be the final nail in the coffin for the few remaining vestiges left in that sector.

Staff at the Lough Ree Power plant at Lanesborough on the Longford-Roscommon border will cease production and take voluntary redundancies or be relocated to other ESB work https://t.co/ihbpppterR

Once again, the Irish State will offer up our native industry as a sacrificial lamb to redeem the climate sins of the world. At a time when we’re looking at half a million job losses, which will cost the taxpayer hundreds of millions a week in pandemic unemployment payments, all our State bodies can think of to do is further rip and tear at the Irish economy like a Gremlin on the wing in that Twilight Zone episode.
This is compounded by the absolutely insane fact that we will still be importing peat from abroad, from areas like the Baltic region, at a higher cost.

So in other words, peat is harmful for the climate, so we need to destroy our native industry and all the jobs associated with it. But we still need peat, so we’ll be buying it at a higher price from elsewhere in Europe, shipping it across the ocean, which means more carbon emissions in transporting the stuff, and using the same amount. It’s actually more expensive, supposedly more harmful for the environment, and destroys thousands of people’s livelihoods and an entire native industry of natural resources. There are so many holes in this plan it makes swiss cheese look solid. You almost couldn’t have thought of a more stupid policy if you tried.

But of course, as always, Bord na Móna are not the only ones to blame – we also have the European Union to thank for this latest nuking of our home-grown businesses. As written in the Westmeath Independent in July of 2020:

“Bord na Móna has been embroiled in a major planning battle over the last year to secure permission to regularise and continue its peat extraction activities across a network of bogs stretching across Offaly, Westmeath, Longford, Meath, Laois and Kildare. The planning row was one of the key reasons behind the company’s recent decision to suspend its peat harvesting operations across the country this summer. When the suspension of harvesting was announced earlier in June, many argued that it would become permanent and the judgement today by the Supreme Court certainly adds further doubt on the future of commercial peat harvesting. In its ruling, the Supreme Court struck down two provisions of Irish planning law, relating to a substitute consent procedure, for being in breach of the European Union’s Environmental Impact Assessment (EIA) Directive.”

So they couldn’t get planning permission to continue peat harvesting because it would have violated some green EU directive. Once again, Ireland is being kneecapped by this foreign bureaucracy and we have absolutely no recourse. As we all know, EU law supercedes Irish law, and how we run our business is basically at the mercy of this entity in Brussels that most of us don’t know from a hole in the ground.

"EU law is superior to national law. This means that Ireland (along with other member states) cannot pass national laws that contradict EU laws. It also means that an EU law can over-rule an Irish law." | Citizens Informationhttps://t.co/udBHaAV8NP

This also happened with our fisheries, which have been decimated by EU membership over the years, and even more so now that Britain has left the Union. According to Dr. Karen Devine, DCU lecturer in European Union policies and Irish Foreign Policy, the EU has extracted well over 200 billion euros worth of fish from Irish territorial waters since we joined, and it’s widely agreed by most that the industry is largely on its last legs.

'It's the closure of coastal communities': One in four fishermen will lose their job under this Brexit deal, TDs told https://t.co/2FpdbHtkev

Another one is sugar. Many older Irish people will remember the booming sugar beet industry that used to exist in this country. But after being plagued by EEC quotas for years, the EU in 2006 finally facilitated shutting down yet another 100 year old industry, and now all of our sugar is imported. The examples truly are endless.

Really, this is the latest episode in the saga of the Irish government’s war on our natural resources and rural Ireland in the name of Green energy. They’re constantly increasing the tax on oil, on coal, on briquettes, and so on. They’re even putting more and more green taxes on petrol every year, in an attempt to, quote “force private motorists out of their cars”, and onto crowded public transport or overpriced electric vehicles. If you cast your mind back, you’ll probably remember Climate & Transport Minister, Eamon “Release the Hounds” Ryan, who posited one car to every ten families as a good idea.

"Forcing ten families to share a car would dramatically reduce the freedom of the average person, and would likely make them poorer financially and emotionally"

Eamon Ryan has proposed making people share one car for every ten families:https://t.co/EAp9vLaXSX

No doubt he’d prefer if that car was some kind of sustainable pedal-powered Flintstone vehicle made of ethically-sourced gluten-free wood planks, but for now he’ll settle for you driving a Tesla. He’ll still be driving his gas guzzler, mind you. But for the rest of us plebs, carpooling in the local lettuce-mobile will do nicely.

Now, it’s still unclear how this idea is supposed to work in practice when there are rural people who live miles from the nearest shop and need cars to function day to day. But who needs practicality when you have the power of imagination and a Minister’s salary? It’s Eamon’s world at the end of the day; we’re all just living in it. This man is quite literally asleep at the wheel – at a certain point you’d almost wish Captain Salad would stay snoozing on the job. At least if we pay him 6 figures a year from the public trough to take cozy naps he’ll do less harm than when he’s writing policy.

Now here is a key piece of information which nobody ever discusses when talking about climate change. Are you aware that, according to EDGAR, the EU’s official body for examining the effects of climate change, Ireland’s total carbon contributions make up 0.1% of the world’s total?
Now, bear in mind, I don’t mean 1% – I mean one tenth of one percent. The media try to terrify and shame us all the time with spooky headlines like this one from the Irish Times: “Ireland has the third highest emissions of greenhouse gas in EU”.

But that’s only if you look at the numbers per capita, which is stupid. In terms of our actual output, at the end of the day, we have a tiny population on a tiny island, and contribute next to nothing to the world’s carbon emissions. That’s an undeniable fact. We could literally revert to the stone age and the entire global carbon emissions for all of mankind would go down by a fraction of a percent. We are a drop in the ocean. So why exactly are we shredding our economy, driving up the cost of living, and spending millions of euros on all of these daft green schemes? Why are we wasting valuable time and money on investigating the effects of cow farts on the weather in Australia? Does this country not have more pressing matters to deal with, or is it all just a big joke for our politicians?

Well, they might be joking, but the people in the Midlands who have just lost their livelihoods aren’t laughing. And neither are the workers who are being crushed under a massive tax burden to fund all of these harebrained policies.Despite rural Ireland clearly demonstrating its discontent with multiple major tractor protests, the politicians still aren’t listening, and apparently they couldn’t give a toss about their constituents even as the economy falls apart.
The green agenda won’t be completed until rural Ireland’s business is a smoldering wreck, and if we keep going like this, they might just get their wish.