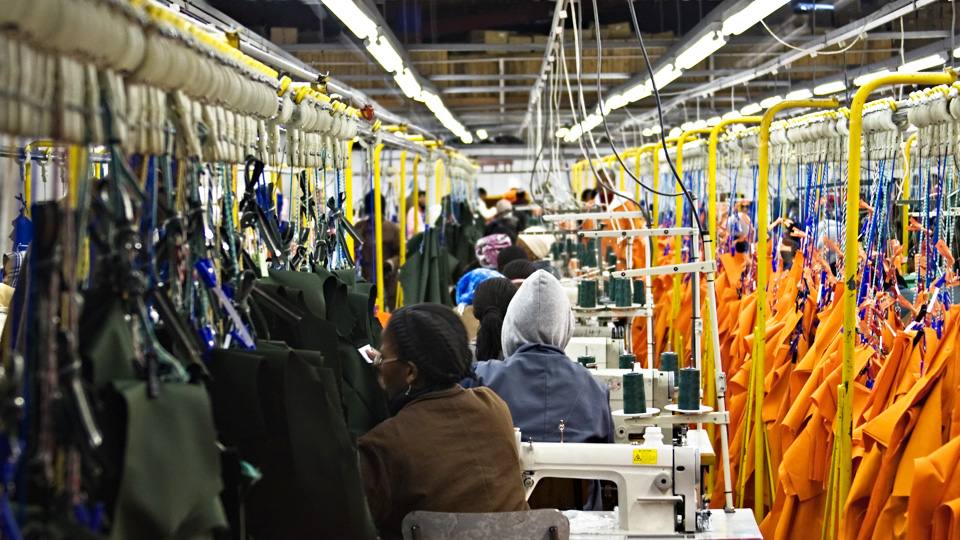 One would imagine that the discovery of up to 10,000 slaves in a European city might have provoked a major response. Seemingly not, for following on from the Sun and Sunday Times exposure of such an abomination, there has been surprisingly little media or political attention devoted to it.

On July 1 the Sun reported that an investigation into textile workshops and factories in Leicester had uncovered thousands of people being paid as little as £2.50 an hour in servitude to those who own such Dickensian dens. It is believed that up to a thousand of these workshops are situated in the North Evington district of the city.

Most of the owners are Asian, and many if not most of their workers come from the Indian Provinces of Goa and Daman from where it is possible to apply successfully for a Portugese passport which allows the holder to enter any EU state.  That is possible because both were Portugese colonial possessions until 1961.

It is likely that the acquisition of passports, flights and accommodation are controlled by the same people who control the sweat shops. The 2011 census found that Leicester had some of the worst housing in the country with up to 20 textile workers sharing the same house.

The Boohoo fashion company is the main company being supplied from Leicester. It is owned by the Kamani family which emigrated to Britain from Kenya in the 1960s but they originated in Bengal. The company was valued at over £4 billion prior to the scandal. Its claims that it was unaware of what was happening in Leicester are dubious, to say the least.

The political reaction has been interesting. The Deputy Mayor of Leicester Adam Clarke claimed that the belief within Home Secretary Priti Patel’s office that his party – which has controlled the city council for decades – was inhibited by fears that any action taken by them would be regarded as racist, was “offensive.”

What is “offensive” is that any city authority in the name of Pollyanna cultural relativism should allow slavery to fester under its jurisdiction, just as the Labour council in Rotherham ignored the grooming of young girls by Pakistani gangs. Some have even insinuated that Patel is a “racist,” which is ludicrous given that her own family is Indian and emigrated to Britain from the actually racist Idi Amin regime in Uganda.

There was clearly something remiss in the official failure to do anything about what was going on. The Leicestershire police were apparently investigating allegations since 2017 but nothing came of them. One sweat shop manager even told the Sun that they had been visited by the police but nothing had come of that.

Prior to the exposure, the city council had claimed that it was compliant with the provisions of the 2015 Modern Slavery Act and that “robust risk assessment processes” were in place. Ironically the story only broke as workshops came under central government investigations into compliance with the reinstated Coronavirus lockdown which was broken by the Labour Mayor Sir Peter Soulsby.

Soulsby was interviewed by the BBC on Friday morning and complained about political motivations for the lockdown. The intrepid interviewer never mentioned the slavery which his party presided over. Labour are not the only liberal lefties embarrassed by the whole affair it would seem. The Guardian has published several pieces blaming the Tories for the whole thing and without even mentioning the incompetent and/or corrupt socialist administration of Leiceter.

Black Lives Matter which held a protest in Leicester in June has nothing to say of course about any of this. Their slavery obession clearly does not extend to actual slaves living in their own city. Besides, BLM supporters in Leicester were too busy collecting thousands of signatures for a petition to remove a statue of Gandhi.

Gandhi, in case you didn’t know, was a racist. Only historical illiterates could overlook or be ignorant of the fact that Gandhi rejected the Hindu caste system and made a point of having physical contact with the “untouchable” Harijan or Dalit caste. He also campaigned in South Africa against indentured servitude.

The overall scale of slavery in Britain is unknown. In 2019, 10,627 people were referred to the authorities as possible victims. The biggest number of these were persons born in Britain including young girls forced into sex slavery. The Global Slavery Index estimated that there were 136,000 slaves in Britain in 2018.

Albania and Vietnam were the two next main nationalities involved which throws yet another disturbing light on the 39 Vietnamese who were found dead last October in the back of a truck. The Irish connection in that horrific event should prompt investigation into slavery and slave trafficking on this island..

There were 64 cases of slavery which came to attention in the Republic in 2018 with almost half involving persons trafficked here and forced to work as prostitutes. The fishing sector is another one where such abuses are rampant. The former British commissioner to investigate slavery Kevin Hyland believes that this is a gross under-estimate of the extent of slavery here, with the global index putting the figure at 8,000.

There have been no prosecutions here and it is believed that Chinese and Vietnamese men who were brought to court for growing cannabis were in fact forced to work in grow houses by slave gangs. Something that perhaps might also provide food for thought for Irish tokers who buy their stuff from native and foreign dealers.

The Irish state’s failure to get a handle on the extent of slavery and trafficking here prompted the American State Department in 2018 to rank it along with India and Indonesia as countries that do not properly police such abuses.

Modern slavery clearly exists and people working in bars and hotels have extensive knowledge of how EU passports are abused by non EU “students” and others to enter Ireland and work in low paid and often below minimum wage jobs. As with the Keelings situation as reported here several months ago, there is little appetite among the trade unions or left political parties to address the issues of the abuses prevalent here.

People who raise these issues are fobbed off with nonsense about Irish navvies in Kilburn and how many “sex workers” choose it as a profession. On top of that there is the poison of cultural relativism which as Ayaan Hirsi has said implies that “people of colour” should really put up with all manner of barbarism if those inflicting it are also “people of colour.”

So along with the fact that modern slavery – or indeed historical slavery as they would know if they had actually read Marx – does not fit with their simplistic “class” and imperialist fables, they feel justified in ignoring it. Indeed, not to ignore it makes you a racist in some bizarre way.