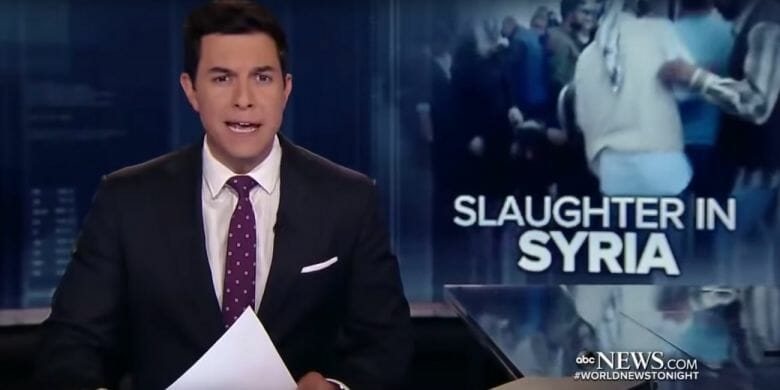 ABC news network have come in for heavy criticism after airing footage of what they reported as Turkey’s invasion of Syria, only for it later to be exposed as a video from a Kentucky military show in 2017.

Why would anyone call @ABC News fake? I don’t get it…This is allegedly battle footage in Syria pic.twitter.com/ZFYY8iaxAx they aired, but actually some weapons demo in Kentucky. WOW! Almost hilarious, if not so remarkably pathetic…

The network has since apologised for what it claims was a mistake, but not before their fake news was exposed on Twitter:

Either they did this on purpose, or they're just so lazy that they don't care about integrity – as long as they see a way to hurt the President. Which is it, ABC News? #MediaBias #Syria https://t.co/N9wn95ln1Q

Within the last 24 hrs

• NYT reports on a stupid meme, yet continues to ignore political violence against conservatives

One question that hasn’t been answered yet is whether Facebook will now inform ABC’s followers on the platform that they are liable to encounter fake news, as has been done with other, smaller brands whose content has been flagged: