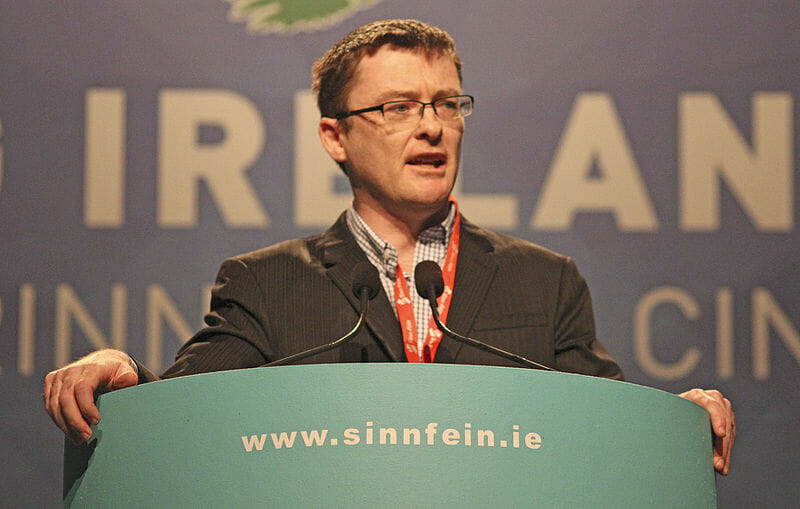 Footage has emerged of poll-topping Sinn Féin TD David Cullinane shouting “Up the Republic, up the RA and Tiochfaidh ár lá” last night at the end of his speech at a party celebration in Waterford.

Cullinane insisted to reporters today that he had never distanced himself from the IRA and would not be retracting the comments.

“We are a united Ireland party and we have never distanced ourselves from that,” he told the Irish Times. “I do not agree with everything that the IRA did but I would not distance myself from it,” he added.

He later told Newstalk that he was talking about hunger-strikers Bobby Sands and Kevin Lynch when he made the comments.

He said: “There’s obviously a lot of emotion around that period for republicans and I’m someone who would never distance myself from that period and I don’t make any apologies for that.

“We had a very good election here in Waterford and the election was about the future and that’s what I’m focused on.

“But I’m also a Republican and somebody who was always inspired by people like Bobby Sands and Kevin Lynch.”

Mary-Lou McDonald told RTÉ that she had not seen the video, but that Cullinane will “have to explain it.”