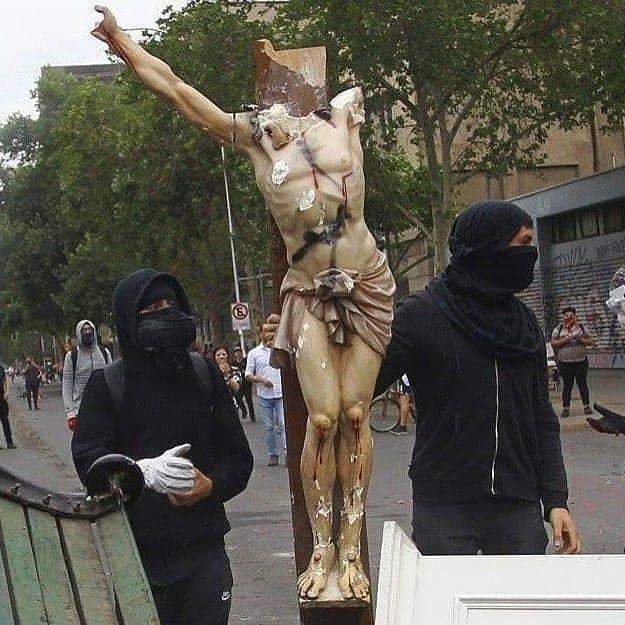 Student rioters are said to be responsible for the looting of a Catholic church in Santiago, Chile, after three weeks of protests against an increase in living costs in the country.

Antifa flags were flown by certain demonstrators during the riot which saw statues, paintings and church pews being taken from La Asuncion Church in the capital before being smashed, torn and burned.

The riot occurred last Friday after approximately 75,000 rioters had gathered in the streets.

The student-led protests began after an increase in subway fares, but have since increased in scope as more people voice dissatisfaction with the standard and cost of health care, education and the pension system.

At least 20 people have died in the riots, as clashes between protesters and police worsen.