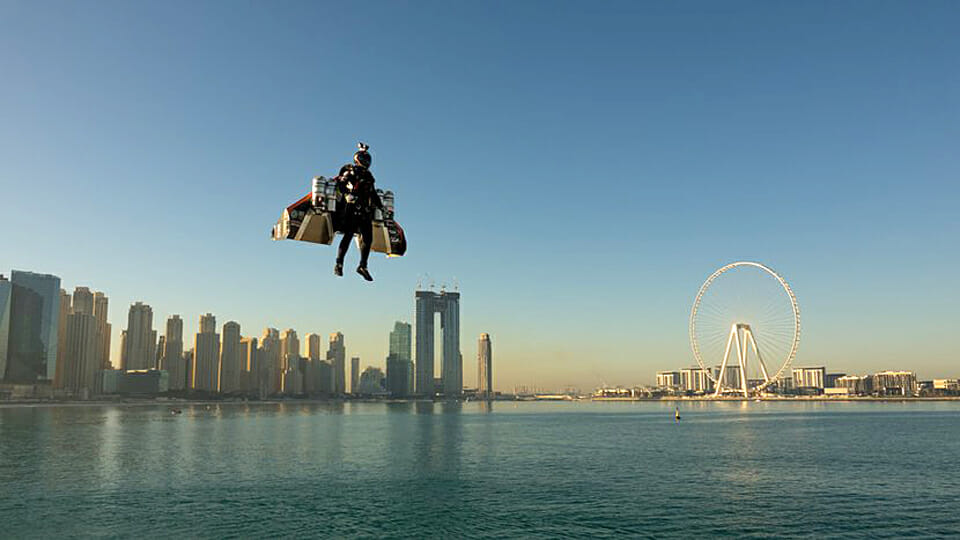 Dubai was host to the world’s first ever human flight with vertical takeoff, a feat sponsored by Sheikh Hamdan bin Mohammed, the Crown Prince of the city.

Posted on the prince’s Instagram account, the video shows ‘Jetman Dubai’ member Vince Reffet taking off straight up into the air from the Marina area, travelling over 100-metres within 8 seconds.

Reffet had reached a height of 1,800-metres by the end of the 3 minute flight. ‘Jetmen’ have previously said it is impossible to fly below 50-metres, typically jumping out of a helicopter before engaging their engines.

The carbon-fibre Jetman pack was invented by former Swiss military pilot Yves Rossy, and can reach speeds of over 260km/hr, travelling around 55 kilometres before having to land.

The Jetman Dubai project says it aims to show the world what can be achieved when nerves of steel combine with cutting-edge technology.

Their next aim is to further develop the jetpack, which is powered by four mini jet engines, so that a parachute is not needed to land safely.