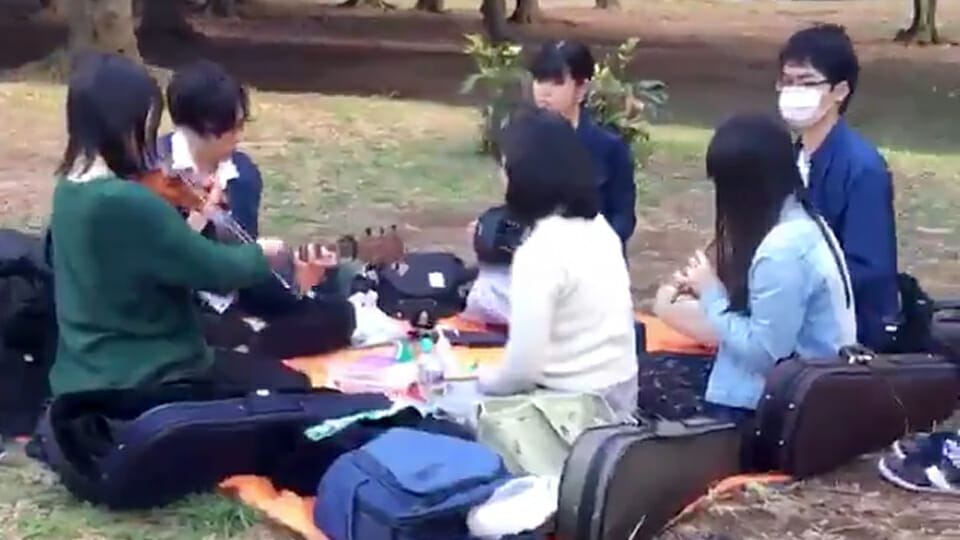 NO, its not Stephen’s Green or Eyre Square or even Milltown Malbay.  This session of traditional Irish music is taking place in Japan.

The video was posted by the Irish Embassy in Japan who spotted the musicians playing a lively set of tunes which on a lunchtime stroll in Yoyogi Park in the capital.

Comhaltas Ceoltóirí Éireann, one of the organisations tagged by the Embassy, says Irish music has long been respected and admired in Japan, with growing numbers of musicians learning flute, fiddle and concertina.

At the 2016 Fleadh Cheoil in Ennis, the Toyota Céilí Band (who have no connection to the car manufacturers) became the first-ever Japanese Asian Céilí band to play in the prestigious All-Ireland Ceílí Band competition. They received a sustained standing ovation.