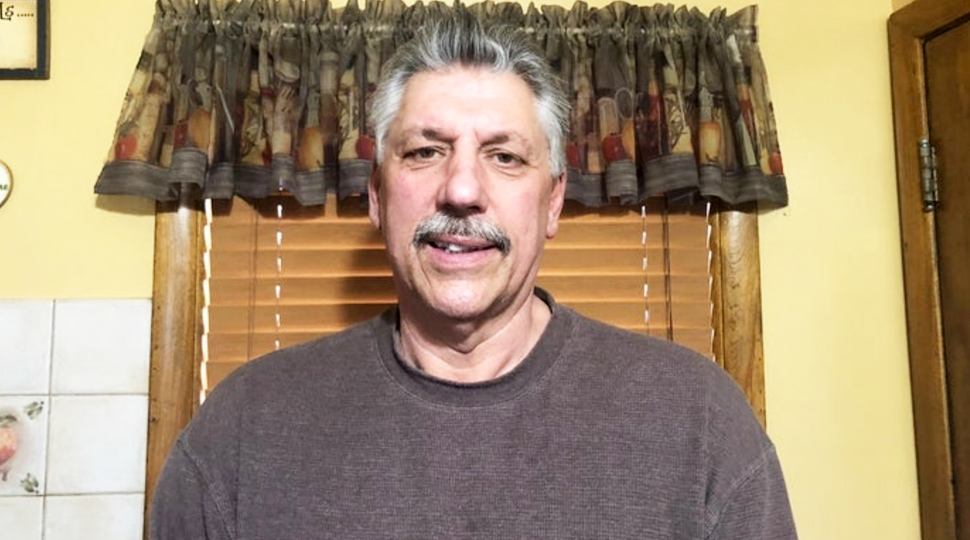 A retired Chicago firefighter has said online accusations that he killed a policeman on Capitol Hill last week has “f***ed my life up”.

David Quintavalle has become the latest victim of a Twitter mob after he was misidentified as the man responsible for killing a police officer with a fire extinguisher on Capitol Hill last week.

Quintavalle was at home in Chicago when the riots were taking place in Washington DC, but that didn’t stop vigilantes from claiming he was the man wearing the “CFD” hat in recordings of the fatal assault on Police Officer Brian Sitnick.

Patch.com reports that the former firefighter was cooking a supper for his wife’s birthday when they got a call informing them that he was being accused by scores of Twitter users of killing the deceased man.

“I got a phone call from a friend who said, ‘You should see what they twittered about you,’ adding, ‘Some woman from British Columbia showed the [surveillance] picture of the guy wearing CFD stocking cap and a beard like I’ve had, and file footage when I was protesting the city inappropriately scoring the fire lieutenants exam, and said, ‘This is the guy.’ And the ball started rolling.

Everybody started saying, ‘Here’s the guy.’”

After the false claims he was involved in the riot, David Quintavalle received angry calls calling him a "fucking murderer,” TV crews staked out his house & police dispatched a patrol car to keep watch.

Yet posts accusing him remain all over Twitter. https://t.co/pF7m46ylmi pic.twitter.com/pQ1OSd7xH6

“Soon, social media filled with details about Quintavalle’s personal life, including his appearance at a ‘Walk To Support CPD’ rally in Mount Greenwood in August to support his namesake son, an Englewood District police officer who still lives at home,” Patch reports.

“… By Tuesday night, Quintavalle began getting angry calls from people saying he’s a ‘f***ing murderer’ who belongs in jail. TV news reporters had staked out his house. Chicago police dispatched a patrol car to keep watch overnight, as well, his lawyer said.”

One Twitter user wrote, “I am amazed at the number of bots with practically no followers coming out of the woodwork saying it’s not David Quintavalle.” Another added,  “And his son is a cop. If David Quintavalle is the guy — a retired firefighter who threw a fire extinguisher at a cop — the irony would be just too much.”

Quintavalle said, “This story has f***ed my life up.”

Quintavalle’s lawyer, John Nisivaco, told Patch.com he has proved to authorities that Quintavalle was in Chicago on January 6.

“I expect the federal government will soon shed light on this case of mistaken identity. Social media has killed David Quintavalle. This has been an absolute disaster to him personally and his family. There’s a cop car outside his house. It’s over a picture that kind of looks like him because people sitting behind a keyboard with no proof or evidence are throwing out these tweets, and they’re wrong. Holy smokes, it’s eye-opening how terrifying social media can be when something like this happens,” Nisivaco stated.

However, authorities say “the projectile he is accused of throwing was not the one that killed Police Officer Brian Sicknick, who was also struck in the head by a fire extinguisher during the melee and later died from his injuries.”