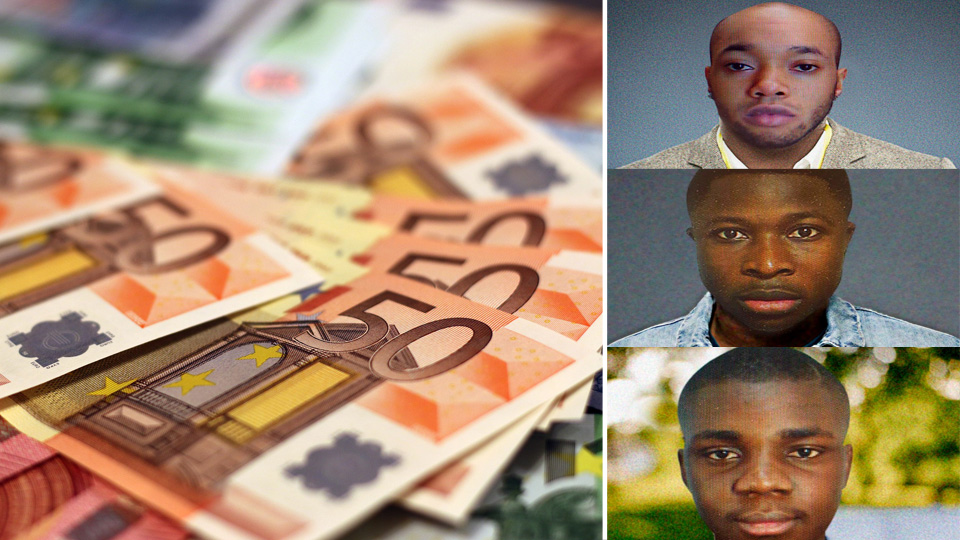 Three Nigerian men resident in Ireland were charged in the Dublin District Court last Friday as part of Garda Operation Engulf which targeted online fraud including what are known as ‘romance scams’. One of the charges relates to a woman who was defrauded of money by a person who she had made contact with through the Plenty of Fish dating site. She transferred money into what she believed was part of an investment in a venture in the Middle East.

The three men charged were Omawale Omamide Owalabi, Rasak Sannu Sadu, and Samson Ajayi. Owalabi and Ajayi are listed as joint owners of S & W Motors which shares Ajayi’s home address in Navan, as does another company SamEva Logistics of which Ajayi is CEO according to LinkedIn.

SamEva describes itself as being in the business of “cargo and moving,” and offers “ground and air services,” and apparently has a “fleet of moving vans.” No other directors are listed and Ajayi has been the sole director since November 2019. S&W Motors has only been in business since June this year. An expert in monitoring fraud described car dealerships to me as “a favoured vehicle for money laundering by criminals.”

It is clear in any event that the “romance scam” is not something that people just decide on a slow day to run from their bedroom. It is a highly organised and vastly lucrative criminal enterprise run for the most part by Nigerian gangs who have their headquarters in Nigeria but operate in many different countries including Ireland.

One of the main gangs is Scattered Canary which is based in Ibadan, the capital city of Oyo state in the south west of Nigeria. It was believed to have been behind one scam which cost a Hong Kong woman HK$28m (US$3.6m). In August 2019 American authorities charged 80 people, mostly Nigerians, for operating “romance scams” there. The FBI reported that $143 million was stolen by these con artists in 2018, but estimated that the actual scale of the fraud runs into billions of dollars annually.

Forbes magazine did a feature on the “romance scam” which provided details from Social Catfish regarding how the scam operates. This included the key points of a sort of manual or playbook which Scattered Canary “mentors” use to train the people who do all the schmoozing on the dating sites and then kick back 10% of any money stolen to the gang leaders. Think of it as a sort of a McDonalds-style franchising.

The prime targets are middle aged and elderly women who join the dating sites seeking companionship. The ground level operators are taught how to pitch to them, and crucially to inveigle them onto WhatsApp or Google Hangouts where the gang can establish a permanent connection. That is important as if the victim begins to get cold feet after paying out money they are then subjected to blackmail and other threats according to Forbes.

The pitch is cleverly designed to identify psychological flaws that make the target vulnerable to made up stories about the person soliciting the money being an overseas aid worker, or a military person based abroad or some other hard luck case who has some pressing need for money.
It is a development of the old scam whereby Darren in the box room of his mother’s house in Bermondsey thought he was doing a line with Ekaterina from Veliki Novgorod who one day asks for the plane fare so that she can come on the next flight and save Darren from a lifetime of maternal hectoring.

A disturbingly large number of people fall for this sort of con and the gangs are ever alert to new ways of exploiting vulnerable people. The Nigerian gangs have of late been making fraudulent claims under the various social welfare schemes established here and elsewhere to assist those whose work situation has been adversely impacted by the Covid panic.

Ireland, despite what some naïfs would have you believe, is not immune to any of this. The above case, and another involving Romanian criminals in recent weeks, again lifted a veil on some of what is going on, but the gangs themselves likely see this state as a soft touch. It is easy to get into, and to stay in even where those involved are not from a country deemed unsafe to return to.

While the court case involving the three men was given pretty extensive coverage on Nigerian and other African news sites and media; mainstream media here, apart from The Sun which of course is beneath the bien pensants, gave no details of the “romance scam” charges.
One Nigerian site, GCFR headed its report, taken from The Sun, with a reference to them having made “bad history” by becoming the very first people to be charged here with operating the con. Despite having run a lengthy piece back in February on the dangers of all of this as related by Garda Detective Chief Superintendent Patrick Lordan, RTÉ doesn’t appear to have attached much importance to the current case of people actually being caught.

Meanwhile, experts in the field believe that while the “Romance Scam” remains the Big Mac of the scamming gangs, that Scattered Canary has diversified into a much broader menu, and that it is unlikely that Ireland is the base or target solely for fraud connected to the Lonely Hearts business. It might be an interesting trial if anyone bothers reporting it.