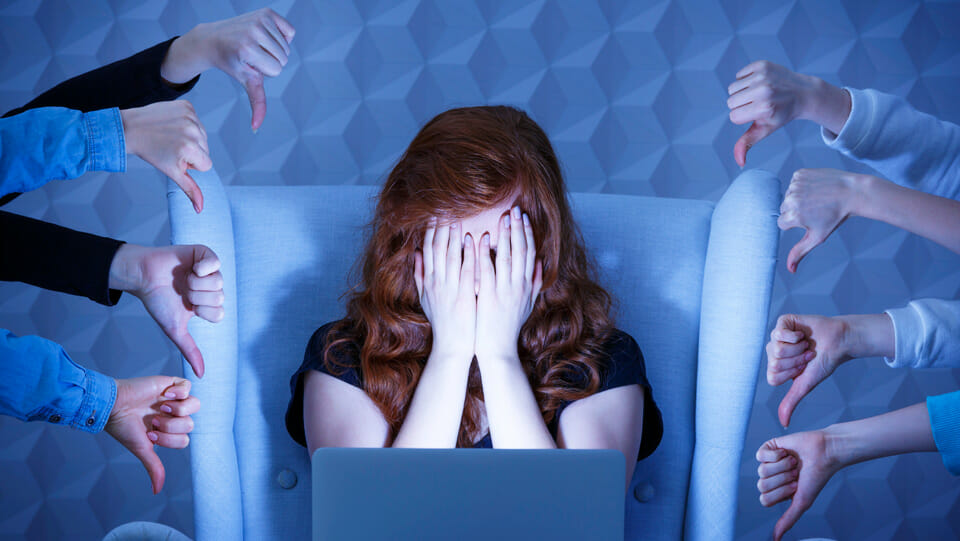 The veritable nail has been hammered into the coffin of Irish TV comedy with RTE’s newest attempt to pander to the cultural Zeitgeist.

If you haven’t seen ‘Comedy Showcase’, don’t bother. It’s dreadful. After watching one clip of ‘Bump’ I couldn’t help but wonder- what the hell happened in the seven years since The Savage Eye?

And then I remember – feminist comedy happened.

This show is the latest in a long line of unfunny offerings on TV featuring mostly women, who aim to please the perpetually offended liberal masses.  In the UK- there’s ‘Miranda’ and Nora Ephron knock off ‘Fleabag’. In the US, the horrendous Amy Schumer and Sarah Silverman, who used to be funny. In Ireland, we’ve been subjected to ‘Finding Joy,’ ‘Can’t Cope Won’t Cope’ and ‘Headcases’ amongst numerous others I can’t even care to remember.

It’s all the same formula. Think woke Bridget Jones. Every single bit of female comedy features the same one dimensional, women on the brink of self-inflicted disaster.

Besides not being funny the first time, the original Bridget Jones is not even remotely reflective of the epic debauchery that the rest of us were enjoying during that pre social media, pre-PC time.

You’d wonder, what’s so empowering about constantly making a tit of yourself?

Can the fragile egos of female audiences not handle women who can drive motorbikes, race cars, ski, handle her drink, look good, and have a PHD in organic chemistry?

Why does the modern female heroine, in comedy or otherwise, have to screw up all the time and fawn over unsuitable men? Is that not regressive? Infantilising? Can we not give women power and agency over their lives? Look at Samantha Jones in Sex and the City. Sure, you might have disapproved, but she was cool, self-made, looked good and saw men as disposable. Now we have fat rolls, badly delivered scatology and women depicted as constantly blubbering messes.

It’s like Victorian times all over again where toilet humour prevailed, because people weren’t allowed to laugh at anything else.

The list of no’s coming from the recently uptight community of TV watchers and society as a whole, means you can’t say anything potentially offensive so everything is out of bounds from ‘minority groups’ like women, non-binary people, homosexuals, poor people, people from other countries, types of food, humans, people who don’t work women who wear maxi dresses in middle age…. So you’re left with scattiness and scatology.

It’s censorship with a bowl haircut and blue rimmed glasses.

Even Bette Midler isn’t funny since she jumped on the PC train. Joan Rivers and Victoria Wood would spin like the Exorcist in their graves, knowing that comedy was being ravaged to death by prim, head girls. The giant insult of it all.

They were trailblazing, authentic and brave, while these and women in general, have no balls anymore, comedically or otherwise, despite fourth wave feminism, #metoo and Megan Rapinoe.

“I was going to do this/ wear this/ say this, but I was afraid of getting lynched,’ I hear regularly.

Worse still – ‘Don’t do/wear/say that. What will people think?’

Who cares what they think? Also, more pertinently – they don’t think.

Poorly written whimsey is making its way onto screens in a bid for gender equality in comedy and we end up with Finding Amy. It’s not a fair reflection of female talent in this country.

Even the nods to mental health (yawn) like anything with Aisling Bea is just box ticking.

As Morgan Freeman says in Dave Chapelle’s Sticks and Stones trailer, ‘If they say anything, they risk losing everything.”

But we citizens of Ireland- home to the funniest women in the world, shouldn’t stand for this.

We have excellent comedy in this country- which is home to Dave Allen, Richard Harris and Dylan Moran. Let’s stop embarrassing ourselves and embrace it, or it will be lost forever.

In the absence of taking to the streets like ‘baby eating’ climate protestors, just turn your TVs off and refuse to put them on until something decent comes along.

We owe it to our country and ourselves.