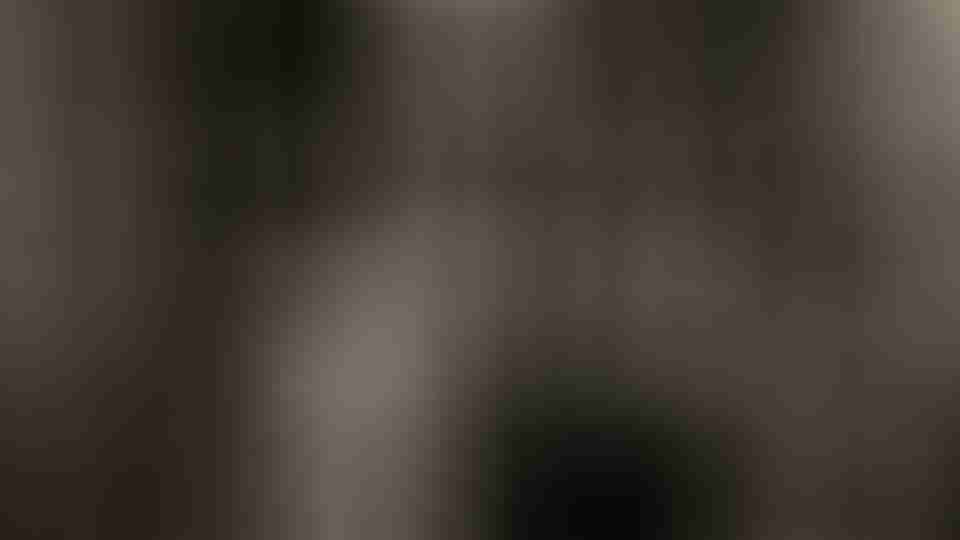 On 27 November 1920 Galway brothers Patrick and Harry Loughnane were arrested on their family farm by the Royal Irish Constabulary’s Auxiliary Division. The men were locally prominent republicans and the RIC was determined to exact revenge on them for an earlier IRA ambush. A few days after their arrest, the Loughnane brothers’ bodies were found in a pool of water near Ardrahan in south Galway. They had suffered multiple broken bones and their fingers had been cut off. Both men had been set on fire and hand grenades had been detonated in their mouths.

As was routine with British state murders in 1920, the official line was that the men had been killed after they had escaped. The photos of the brothers’ bodies leave us in no doubt as to the reality of Britain’s colonial policing campaign in Ireland. The photos conjure up justly held indignation towards the shameful and criminal efforts that British forces (comprising Irish and British-born men) took to suppress Irish independence. One hundred years on from such atrocities, we must ensure that we are on the right side of history and on the right side of commemorating history.

The New Year’s Day news that Fine Gael plans a state commemoration for British colonial police and paramilitary forces in the centenary year of some of their worst crimes, such as the Loughnane murders, has angered many people. People are right to be angry. Fine Gael’s intention to use our public resources to effectively endorse and praise the machinery of Britain’s colonial occupation of Ireland is wrong.

The government, and the Minister for Justice in particular, appears fixated on putting Britain’s mercenary police and paramilitary henchmen on a par with the men and women of 100 years ago who bravely fought to sustain the all-Ireland republic. Many of those selfless individuals suffered death, torture, imprisonment, psychological trauma and/or exile for their commitment to the Irish Republic, and many of them have sadly been forgotten. In the first state commemoration of the decade, Fine Gael and the Independents Alliance has opted to honour those forces who opposed our freedom rather than the men and women who sacrificed so much for it.

Revisionist Agenda: Fine Gael and the Decade of Centenaries so far

Developments during Fine Gael’s tenure in office during this Decade of Centenaries raise suspicions as to what is really at play. The placing of British soldiers’ names on an equal footing to the names of our 1916 patriot dead and civilian casualties on a commemorative wall in Glasnevin cemetery and state ceremonies for British soldiers who tried to suppress the Easter Rising indicate another agenda has been influencing much of Fine Gael’s approach to our history in these momentous centenary years.

It is on particular occasions that the Fine Gael revisionist and apologist agenda glaringly raises its head for all to see. Most of the time, government ministers talk euphemistically about ‘complex’ history as if they are all very sophisticated, nuanced and well read on Irish history, rather than simply reading from a scripted press piece. The government is keen to quarantine talk of justice being on the side of republicanism and equally keen to amplify positive coverage of colonial forces. The laboured use of ‘complex’ in the context of our freedom struggle should automatically raise alarm bells that something not quite right is afoot.

At a fundamental level, there was nothing complex about the Black and Tans, colonial oppression or the Britain’s anti-democratic partition of Ireland. It is important that people are not afraid to say that. It is important that we summon the courage to stand by the men and women the length and breadth of Ireland and beyond who displayed supreme courage in resisting the brutality of the world’s largest empire. Those men and women kept alive the dream that this small, beaten-down country could someday take our place among the nations of the world. We owe it to them and generations to come not to dilute the teaching of our history for the sake of a revisionist Fine Gael political agenda.

If Fine Gael seek to understand the ‘complexity’ of the Irish struggle for independence they should consider the fate of Thomas Hodgett, a non-combatant, a Loyalist, a Protestant and Postmaster of Navan Post office in 1920. The RIC took him from his house in the early hours of the morning, dragged him through the streets, shot him in the chest and threw his body into the river Boyne only for it to be found five weeks later.

1920 was the year that Irish War of Independence/Tan War really gathered pace. That year many incidents that remain ingrained in the Irish psyche took place, including the murders of 14 civilians by the Royal Irish Constabulary and the British Army at a football match in Croke Park; the murder of the republican mayor of Cork, Tómas Mac Curtain, by camouflaged RIC policemen; the death on hunger strike of three imprisoned IRA volunteers, including Terence Mac Swiney, Mac Curtain’s successor; the RIC and British Army’s burning of numerous population centres, including Cork, Balbriggan and Trim; the hanging of 18-year old IRA volunteer Kevin Barry; and the IRA’s ambush of RIC Auxiliary paramilitaries at Kilmichael.

The bloodshed that occurred in the 1919-21 war directly resulted from the British government’s refusal to accept the democratic endorsement of the Irish republican programme and the democratically sanctioned creation of Dáil Éireann, the Irish Republic’s national parliament (as detailed here: https://tirgra.ie/index.php/2019/12/31/how-does-she-stand/).

Democracy and the Irish Republic

An unprecedented and ground-breaking republican electoral victory happened in December 1918. That victory derived from increasing support for the aims of the 1916 Rising and Britain’s failed attempt to force conscription on the Irish public to fight, allegedly, for the freedom of small nations in WWI.

The Sinn Féin party won that election on commitments to secure the establishment of an Irish Republic and to set up an Irish Parliament. Dáil Éireann was thus established, republican government departments and a courts system were put in place, and the Republic, with many of its leaders on the run or imprisoned, endeavoured to run Ireland as it was mandated by the Irish people. But, rather than permit the Irish people to take charge of our own affairs and recognise our right to self-determination, the British government, including the machiavellian Lloyd George and the arch-imperialist Winston Churchill, opted to use brute force and police/military fire-power against the Irish people and the Republic’s military, the IRA.

The front line of Britain’s war on Irish freedom and the Irish Republic was its colonial police forces, the Royal Irish Constabulary and the Dublin Metropolitan Police. These police forces’ raison d’être since their foundation in the 19th century was to safeguard the British colonial hold on our country. Their functions in the 19th century included violent evictions of impoverished tenants from cottages on the estates of rich, absentee landlords. While Catholics made up the RIC rank and file, they were never allowed to rise to the top, being judged not sufficiently trustworthy. Britain’s police in Ireland were defined by their role to hold Ireland in the empire, just as Britain’s police in Kenya, India and the Middle East were defined by the same.

The RIC, the DMP and their partners in the British Army had no right to violently undermine the Irish Republic and Irish democracy. Not only did those organisations refuse to recognise our right to self-determination, they went to war with the Republic. The IRA’s guerrilla tactics and targeting of isolated RIC barracks resulted in widespread loss of control of the country by British authorities.

With home-grown police forces unable to defeat the Republic, Winston Churchill proposed the creation of units to back-up Britain’s police and military in Ireland. The merciless Black and Tans and Auxiliaries, comprising about 10,000 thousand ex-British soldiers and officers living in unemployment-rife Britain, signed up to go Ireland and become part and parcel of the RIC’s machinery. They operated as the RIC. When the RIC is commemorated, the Tans and Auxies are commemorated.

The Minister for Justice

The Minister for Justice has claimed to have a duty to all police officers. That is patently nonsense. No Irish minister has a duty to the police forces of an imperial power, and especially not to police forces that were dedicated to wiping out the legitimate government of Ireland and the army and citizens who sustained it.

There are few families in Ireland that do not have mixed heritage. One of my Grandparents was a member of Cumann na mBan, while another Grand Uncle fought and died as a British Army solider in World War 1. Another Grand Aunt married an RIC man. Ireland today is sum of all its diverse historical parts. The death of one family member, on a personal level, hurts the same and leaves the same family legacy no matter what their background.

However the rights and wrongs are unambiguous. RIC and Black & Tan “soliders” imposing oppression through violence should not be commemorated equally with Volunteers seeking Irish freedom. Charlie Flanagan misunderstands the meaning of pluralism. It does not mean truth and justice are binned. The planned RIC/Black and Tan commemoration in Dublin Castle should be cancelled.

Peadar Tóibín is Leader of Aontú 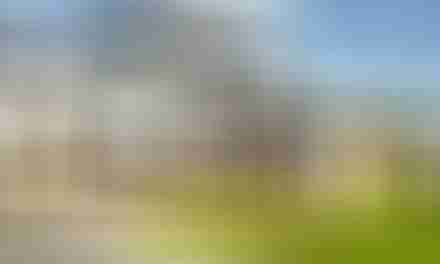 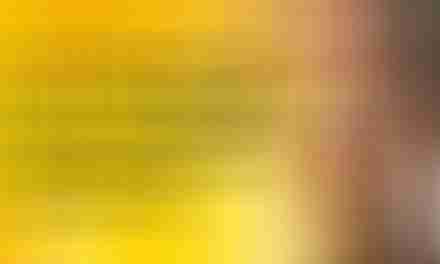