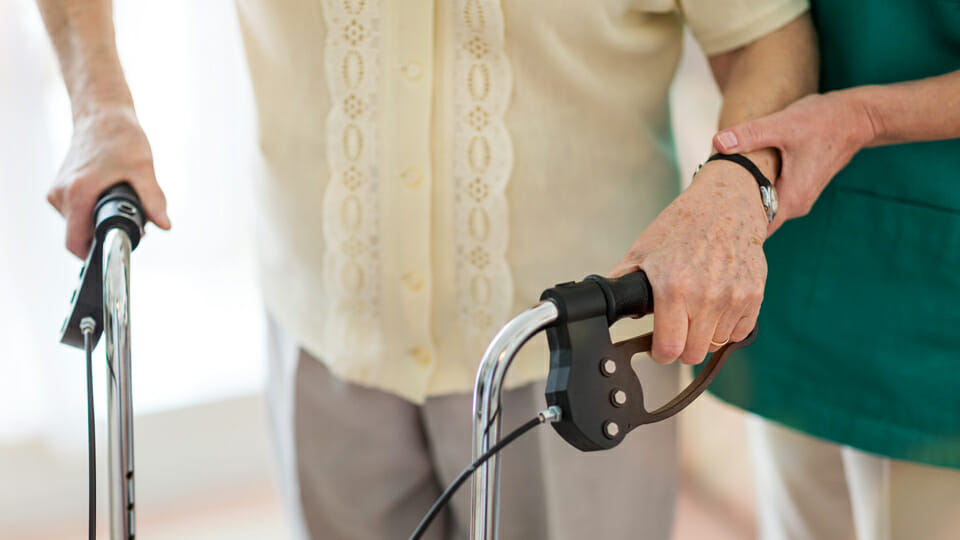 Two days ago the number of nursing homes with clusters of coronavirus infections in Ireland was 50. Within 24 hours that figure had doubled to 99 homes. This is very worrying news.

A cluster is defined as “three or more COVID-19 cases in a single institution for a 72-hour period”. There are about 560 nursing homes in the country, so at this point more than 1 in 6 of them are experiencing clusters of elderly residents infected with the virus.

Nursing homes are now being stretched to the limit in seeking to care for vulnerable residents.

It hasn’t helped that protective clothing and equipment was not being made available in any real sense to nursing homes until very recently. Now staffing issues are also arising as a serious concern as some workers in homes across the country are self-isolating after contracting the virus.

Most of the media are failing to ask hard questions in regard to why the numbers of clusters in these homes are rising so fast.

It was obvious from the outset that the coronavirus seems to have a particularly devastating effect on older people, which makes some of the government’s decisions in regard to nursing homes completely inexplicable.

Then on March 10th, the Department of Health, in an act of sheer lunacy, lifted the general restriction, saying the ban was “not recommended” by the National Public Health Emergency Team. They claimed that the ban on visits was premature and would have a negative impact on residents who would miss the social interactions visits allowed.

It should go without saying that the negative impact of a life-threatening virus should surely have been of paramount concern. At this stage Italy was already in lockdown.

Having made such a devastatingly bad call, the Department of Health then compounded the error by failing to provide protective clothing to nursing homes, even though it was very likely that asymptomatic visitors and staff were bringing the deadly virus into the most vulnerable population in the country.

The obvious danger of clusters in nursing homes and residential centres should have been flagged from news reports emerging from Seattle and elsewhere, so the bizarre decision to lift a ban on visits was most likely prompted by a desire not to panic people – the same misguided thinking that ensured those who travelled to the packed festival at Cheltenham sailed back into the country without any testing or requirement to quarantine, or that saw the St Patrick’s Festival cancelled only because of a public outcry.

The abject failure of the government to roll-out widespread testing for the coronavirus would also have exacerbated the rise in clusters. Nursing home staff should have been tested as a priority, but that didn’t happen.

For its part, Nursing Home Ireland has complained that Minister for Health Simon Harris had failed to meet them or to issue specific guidance for the crisis to the homes they represent. This is also inexplicable, given that the population being served by nursing homes are most at risk.

It appears that centres who care for the elderly have not got the attention or support needed to deal with the COVID-19 pandemic. Perhaps that should not be surprising.

In January, my colleague John McGuirk highlighted a report from Journal.ie which detailed some of the horrendous neglect and abuse of elderly people in some, and I emphasise only some, nursing homes. Sadly, it’s all too easy to overlook or turn a blind eye to what’s happening to the very old and very young in society.

Again, no-one doubts that the Department of Health is dealing with a very difficult situation. But the mistakes made in relation to nursing homes will have tragic repercussions. Hard questions need to be asked. People should be held to account.