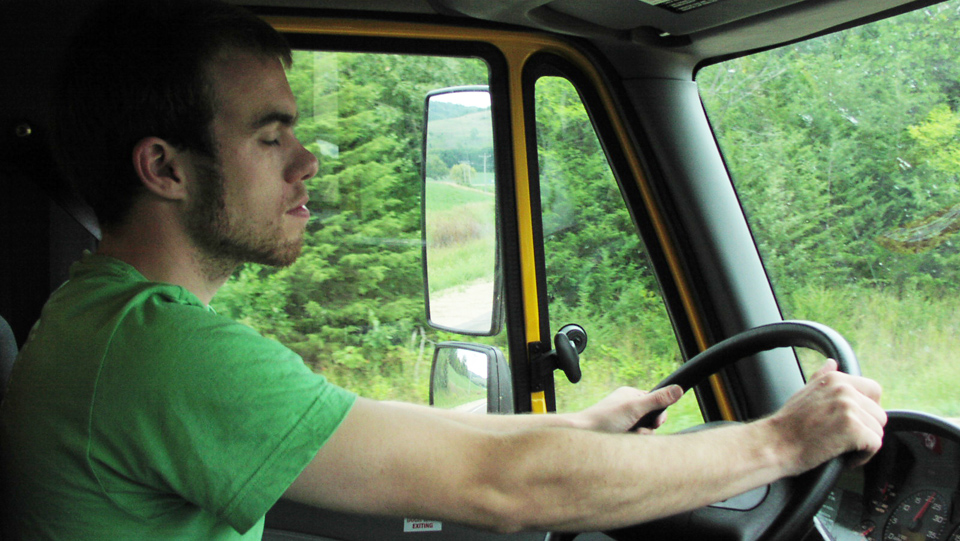 The country is at yet another crossroads. There is a build-up of traffic. Brexit beckons. The economy is comatose. The credibility of the Government’s COVID-19 strategy is under serious pressure. And Ireland’s new secularism is leading to an oppression of fundamental rights and freedoms. Trust – that most precious civic commodity – is always a casualty in such circumstances.

The National Public Health Advisory Team (NPHET) provides expert advice to Government on responding to COVID-19, based on reviews of the epidemiological evidence and the pooling together information and insights from numerous Subgroups. It deals in infection rates and transmission rates and corresponding measures such as ‘social distancing’ and ‘circuit breakers’. In other words, the things that separate us, keep us apart and isolate us. That’s their job. But its important to remember that we are more than the sum of infection rates and R rates. NPHET do not engage with the things that bind us together as a family, community and nation: things like empathy, solidarity, charity – putting the other person first.

The Government’s job is to review the expert evidence and make decisions on how best to respond, in the national interest. Last weekend, NPHET recommended that the Government impose a Level 5 lockdown. The Government were shocked and unprepared. They rejected the advice of their experts, drawn from Government Departments including Health and specialised Agencies and, instead, opted to impose a national Level 3 lockdown. The prosaic Financial Times reported that “Ireland’s government has clashed with top scientific advisers after rejecting their call for a new national lockdown to tackle surging coronavirus infections”. That’s serious.

When the Government rejects the evidence of their experts, which they have appointed, it’s reasonable for people to ask whether they had different data and different expertise available to them which justified their rejection of NPHET’s risk assessment and yet another policy shift.

Bear in mind that the three most important assets that any government has in mitigating a crisis are the credibility of its policies, the resources through which to implement its policies, and the Trust invested in them by the people who will live through such policies. In this instance, a lack of policy credibility and erosion of Trust leach away at the scarce resources – borrowed from the EU – that our overwhelmed economy has at its disposal, with worse coming.

So, the divergence between what the Government experts deemed necessary and what the Government did, including the belittling nature of its initial response to NHPET, impact on policy credibility, already weakened by earlier policy reversals and on public Trust.

However, it is not just the Government that is grappling with credibility issues. In evaluating the data, NPHET’s objectives appear, at least to a non-specialist, to be directed towards monitoring and mitigating infection and transmission rates by limiting social contact. That is a very, very big deal. We can lose sight of that. It has involved making value judgements on which human contacts are essential and which are discretionary, which are grand but regarded by NPHET as not important.

This should, you might imagine, require making evidence-based assessments of risk attaching to different forms of communal engagement– shopping, eating out, going to the gym, attending Mass, meeting up with family. Let’s take an example. This is what NPHET said at a recent Press Conference in response to a question from David Quinn, that most indefatigable of straight-talking journalists, regarding the reasoning behind their recommendation to “Pause” attendance at Mass. [The full text is published by Iona]

“… it’s to decrease contacts in areas that, as a society, are relatively speaking in the context of a pandemic less important, so we have choices to make: we can have contacts for healthcarers, contacts are schools, in our universities, in our workplaces but we can’t have them everywhere so it is not per se, it should not be seen as an overarching message that going to Mass, for example, is a highly risky thing to do but the reality is it is one more opportunity for social contact, discretionary social contact and unfortunately, given the trajectory that we’ve seen, NPHET recommended that those types of social contact needed to be paused for some weeks so that, in our opinion, other more important social contacts could continue …”

It was a hesitant and apologetic response, in tone and substance, casting around for a justification to “pause” attendance at Mass and failing to justify their “opinion” based on the evidence – that’s the critical point.

NPHET wanted to “Pause” people going to Mass. Taoiseach Michael Martin has now done so, requiring that all Church services go “online” for three weeks. The question is this: where is the evidence that attending Mass is ‘risky’ either in terms of being a proven source for transmission of Covid or compared, for example, eating out at a restaurant. NPHET has not yet provided it, and neither has the Taoiseach.

A credible, evidence-based strategy would require that, if there is such information, it should be made available. It seems reasonable to infer that if Church attendance were the source of “clusters” we would know. In fact, the Church’s stance on minimising risk is, thanks to the work of its volunteer sanitisers, exemplary – even to the extent of closing doors on parishioners wanting to attend Mass when more people could certainly be accommodated. From the top of the 46A bus, the problem appears to be primarily to do with ad hoc, random and irresponsible social contacts which ignore protocols in terms of social distancing, sanitising and wearing masks. These are the very antithesis of attendance at, and behaviours during, Mass. The opposite.

So, why exactly has the celebration of Mass in Parishes around the country been banned by the Government? In the absence of an alternative explanation, supported by data, it appears that attendance at Mass is regarded by NPHTF and by Taoiseach as a discretionary social contact of no importance to the economy or psycho-social significance. To, as it were, “make the numbers” on shutting down social contacts, NPHTF attendance at Mass was being “paused” so that “…other more important social contacts could continue …”. Such thinking is not based on disaggregated data for Mass attendance as a vector for infection but, instead, as a value judgement by Government that relative to other forms of discretionary contact, Mass attendance is not important.

That’s a matter for Catholics and other faith communities to ponder. And should they so determine, to make clear their views that this component of the lockdown represents an arbitrary suspension of their fundamental (and constitutional) right to worship.

The Health Status of a country is more than the sum of diseases. It’s about more than sometimes necessary protocols that distance and separates us: it’s also about values that bring us together to engage, celebrate, pray for each other and grieve in a spirit of solidarity and charity. These are the qualities that are at the heart of the very best Healthcare systems, and for the best of reasons. They are socially meaningful, and they are effective in binding us together, in healing and in building Trust. So, one must ask: has the Government forgotten this most important of insights?

NPHET’s brief is basically to engage with the data and to push back against COVID-19. Contact is the key vector for transmission, whether this takes the form of work or prayer, education or entertainment. But “pausing”, through shutdowns, any form of activity should be based on the evidence rather than a value judgement on what is and what is not, “important”. You can miss a lot, going that way about things.

The purpose of an economy is to vindicate and serve those values, and freedoms and authentic rights; its what differentiates a just and a free economy from a totalitarian Marxist economy. Some 600,000 jobs were lost in the first lockdown. So, its wholly understandable that a Government give priority to maintaining a functioning economy for all our sakes, and especially our children. But they must have regard to the evidence. And if, as in this instance, they are ‘pausing’ the celebration of Mass in every Parish in the country with no published evidence of infection arising from the mission of the Church, then they are denying fundamental freedoms. Unknowingly or intentionally, they cut themselves and Irish people from the charity that binds and heals, comforts, and inspires recovery at every level of society. Political amnesia is a terrible thing.

The credibility of the Government’s COVID-19 strategy is jeopardized with a clash with their own experts, and the evident dissonance between the two political parties that primarily form this administration. Trust is being corroded. Civic resistance is growing, not by ‘activists’ or ‘populists’ or any other kind of ‘..ists’. It is growing because the establishment in Ireland has failed to convince large sections of the population. Resigned and put upon by unanswered questions and traffic jams, they are less and less convinced. It’s important, on Public Good grounds, to make these points and to reflect on them.

When both Government and experts disregard truth and fact in preventing people from attending Mass, then it becomes a matter of denial of the right of people and communities to exercise them to pray. A sensible person on the 46A bus would think that the country needed all the prayers it could get in this, its greatest human financial and existential crisis since Independence.