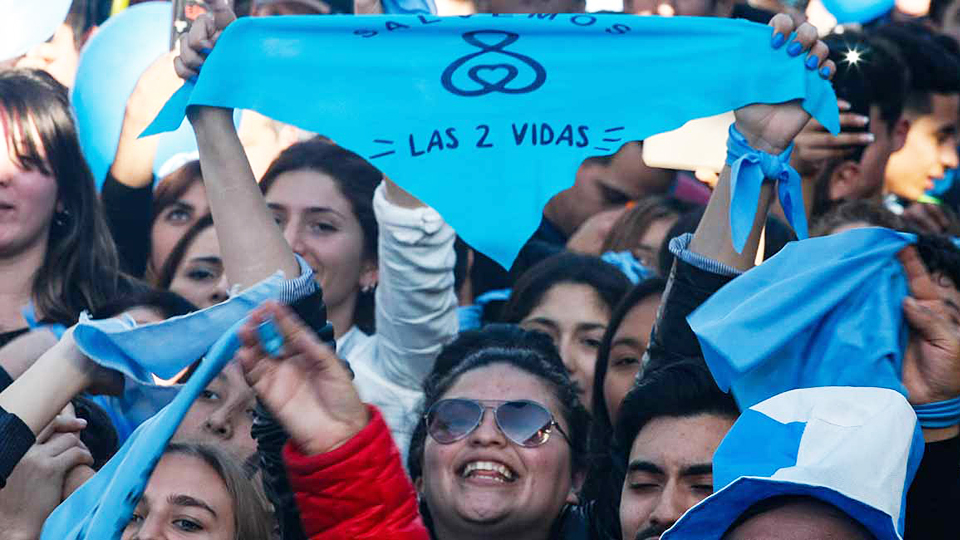 A new tide of pro-life energy, dubbed the Blue Wave, is sweeping across South and Central America, and achieving welcome victories for mothers and babies.

Last month, the Mexican Supreme Court voted down a injunction which would have required the state of Veracruz to legalize abortion. The injucntion, granted by a lower court, was a bid to legalise abortion on demand in the first 12 weeks of pregnancy throughout the country.

It was decisively rejected, with four out of five of the Supreme Court justices voting down the measure. Welcoming the ruling, Mexican pro-lifers said “Life has triumphed”.

As commentator Jonathon Van Maren noted, the outcome reflected the “astronomical growth of the pro-life movement in South America and Latin America, where millions have taken to the streets and defeated abortion legislation in Argentina, Chile, Guatemala, the Dominican Republic, and now, Mexico.”

“Some days, the good guys win. This was one of those days,” he wrote.

In the last two years in particular, the Blue Wave has been signified by massive public demonstrations from the Dominican Republic right down to Chile. Pro-life activists have adopted the colour in blue flags, bandanas, ballons, handkershiefs and more. Their call is to Save the Two Lives  – an adaption of the global pro-life call to Love Them Both which was repopularized by rally messaging from Youth Defence in Ireland in 2012.

The Blue Wave first rose in Argentina in 2018 where enormous crowds took to the public square to demand that the legislature reject a push to extend abortion. The night the proposal was defeated, there were fireworks, singing and dancing from the pro-lifers who had worn their blue bandanas, Van Maren reported, “as a sign of resistance”. The energy of the movement sparked public opposition to the bid to change the law  – a petition to ban abortion acheived a million signatures in contrast to just 70,000 who signed in favour of abortion.

In September of 2018,  the Blue Wave spread to Guatemala, where pro-lifers were standing strong against a major push by abortion campaigners to widen the country’s abortion laws. The people marched and lobbied and rallied. The government backed down. When a Dutch ship showed up to distribute illegal abortion pills, the military blocked them, saying Guatemala would defend “human life and the laws of our country.”

At the same time, in the Dominican Republic, the Blue Wave gathered thousands of pro-lifers to protest against any attempt to legalise abortion, insisting instead that they would “Save Both Lives”. The abortion push failed.

The Blue Wave reached Chile next, and co-ordinated with Argentinian pro-lifers to drive a powerful pro-life campaign. Pregnant women stood in front of Parliament holding loudspeakers to the sound of their babies’ heartbeats in a powerful demonstration  called “Voice of the Heart.” It worked. Now, only 14% of Chileans believe abortion is a right, according to polls.

In 2019, the National Assembly of Ecuador voted to continue protecting babies in the womb, despite violent protests from abortion supporters. The Blue Wave was still gaining strength and speed.

One photo, Van Maren says, symbolized the movement perfectly. “It was of a young woman, her fist thrust aloft, a blue bandana tied around her wrist. The strong defending the weak. The old protecting the young. Mothers sheltering children. Fathers defending mothers. Countless children are safe today because of them.”

Abortion can be defeated. Reshaping the culture is possible. Irish pro-lifers can take courage from the success and strength of the Blue Wave.

Bad news: Now the Aliens are talking to us