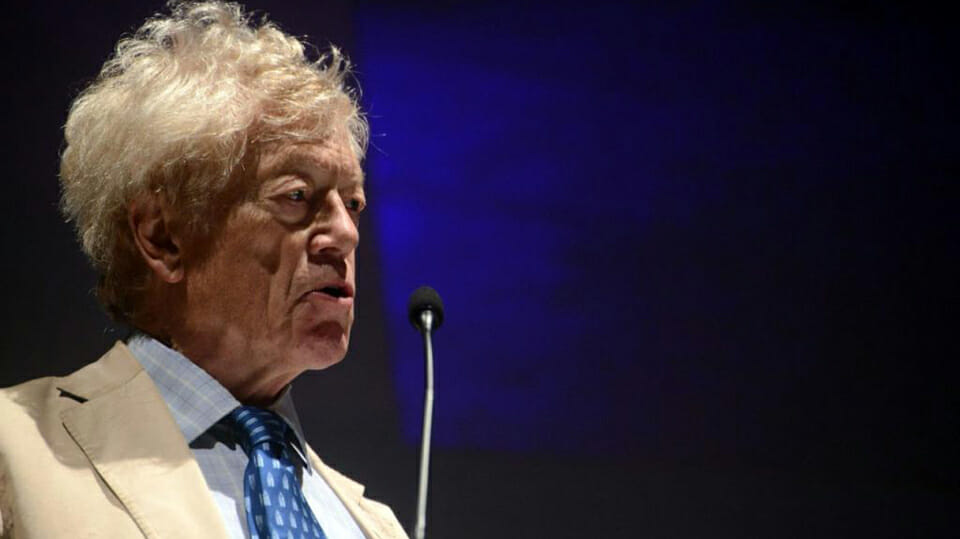 It is a great honor to be named Defender of Western Civilization for the year 2019 by ISI, an organization with which I’ve been connected for a long time and whose work seems to be ever more important and ever more necessary, not just for young people but also for us, the older generation, who are trying to communicate the things that we know.

Western civilization has come in for a lot of attack because it’s Western. The word Western has been taken to be a standard term of abuse by so many people in the world today, and in particular by people who don’t have the faintest idea what it means, historically, metaphysically, or poetically. Our Western civilization is not some peculiar, narrow little obsession of people who happen to live in a certain geographical part of the world. It is an inheritance, constantly expanding, constantly including new things. It is something which has given us the knowledge of the human heart, which has enabled us to produce not just wonderful economies and the wonderful ways of living in the world that are ours, but also the great works of art, the religions, the systems of law and government, all the other things which make it actually possible for us to recognize that we live in this world, insofar as possible, successfully.

Let’s leave aside the idea of Western civilization. After all, it depends which way you’re going around the globe whether it’s West or East. Look instead at the idea of civilization. What is it? What is a civilization? It is surely a form of connection between people, not just a way in which people understand their languages, their customs, their forms of behavior, but also the way in which they connect to each other, eye to eye, face to face, in the day-to-day life which they share.

This is something which has ordinary dimensions in the workplace and in the community, in our day to day. But also it has a high culture built upon it, works of art, literature, music, architecture, and so on. These are our ways of changing the world so as to be more at home in it.

I think that is the distinctive feature of Western civilization, that it is a comprehensive civilization constantly giving us new ways of being at home, ways of being in relation to each other, which bring peace and interest as the primary bonds between our neighbors.

Now, I myself have obviously got into an awful lot of trouble through defending Western civilization. It seems a strange feature of our times that the more you’re disposed to defend it, the more you are regarded as some kind of narrow-minded bigot. But the people who make that accusation are the real ones with the narrow mind. They’re people who do not see exactly how large and comprehensive our civilization has been and still is.

We were brought up on, for example, the Hebrew Bible, an ancient document which perpetuates the civilization of the pre-classical Middle East. It gives us a sense of what people are like in tribal communities when wandering through deserts and so on.

We learned and studied the great epics of Rome and Greece, which taught us different languages—dead languages, but languages which showed the world in a different light from our own languages today.

We were brought up on the literature of the Middle Ages, much of it influenced by Arabian literature, of course. Indeed, we all were put to bed with bedtime stories from the Arabian Nights.

The further you look into it, the more comprehensive and universal do you see the inheritance of our civilization to be. And that is something that we tend to forget today. It isn’t a narrow bequest. It is something which actually is open to all kinds of innovation, which accepts the whole of human being as its subject matter.

Certainly that is the way I have looked at it. I’ve always rejoiced in being a teacher of the humanities, because I recognize that humanities is what it’s about. It’s about being human and all the many ways in which that way of being is diversified and comprehensive in the world in which we are today.

Whatever we do, we must fight back against this accusation that somehow our civilization is narrow, dogmatic, bigoted, and exclusive. It is not so. Compare it with what, after all? Compare it with the Chinese? Are we narrow, bigoted, and exclusive when set beside the great Confucian tradition? Not at all. I was brought up, like many others, with an interest in the Chinese civilization. We read the Confucian Odes in Ezra Pound’s translation. All of us fell in love with Mahler’s Das Lied von der Erde, one of the greatest settings of Chinese poetry in all music, certainly greater than anything I’ve heard in Chinese music. And there you are. There’s a bigoted remark.

But let’s recognize it’s not bigotry at all. It’s a proof of the open-minded and generous aspect of our culture that a composer like Mahler could extend his romantic Viennese emotions in the direction of those lonely poems that he set to such beautiful music. Leaving us at the end of the last of them with that incredible chord, which, as Benjamin Britten described, stays printed on the air.

Why are we now being forced into a defensive position when it’s so obviously the case to anybody who knows anything about it that what we call Western civilization is another name for civilization as such, and for all the achievements of civilization that young people need to know about and if possible to acquire. The problem, it seems to me, extends largely from the invasion of the academic and intellectual world by activist groups who do not take the trouble to learn enough to know what they’re up against but nevertheless define their position in terms of political agendas. These political agendas are all about belonging together in a salvationist group: we save ourselves because we believe the right things, and we’re looking everywhere for those poisonous presences which are trying to exclude us from possession of our rightful heritage.

And all the new causes are chosen on these grounds. They are causes of people who want to feel that the existing order of things excludes them and therefore they are justified in overthrowing that order to give themselves a place at the top of it. Being at the top, they then will rearrange it so as to purify it of all those old and corrupting influences which have so far have had too much of a deal.

I think this invasion of political activism into universities and into the humanities and into all those channels of civilization is one of the great disasters of our age.

But it didn’t have to occur. We don’t have to listen to these people. We don’t have to engage in the show trials, the letters of denunciation, or the ways in which people have been witch-hunted and driven from the community. It’s only because we join in that these activists have any success. We don’t have to join in. It’s quite possible to stand back and even to laugh at some of the things that are being said.

If you look at all the frenzy about transgender activism and so on, much of this is sheer confusion, and confusion that people want to be rescued from. Much of their anger is a kind of call to be rescued. Stay calm and say: There are other views than yours. You may have a point, but it’s not the only point. Let’s get down and discuss it. Let’s see it in the context of the whole of civilization and where it’s going.

To do that would be enough to defuse a great amount of the tension that has been afflicting us.

A time for courage

And I feel that now is the time, through institutions like ISI especially, to bring courage and conviction again to young people who know that there’s something wrong with this activist witch hunting of the old curriculum. The time has come, it seems to me, for people like me and the older generation of teachers to give courage to young people, to say: Look, you have a civilization and inheritance which helps you to understand these things. Giving way to activism of this kind, activism which excludes whole realms of human knowledge, is not doing yourself a favor. It’s not bringing to you the things that you actually need in the world into which you’re going to progress.

What you need to do is engage in dialogue, which is what civilization is about. Try to understand the human condition in all its complexity. And when people try to radicalize and politicize the curriculum and what is taught and thought about in universities, you don’t have to go along with this. You can even laugh at them. It still actually is legally permitted to laugh at people in our country and in our civilization. After all, comedy is one of the great gifts of civilization. And it’s up to you, I think, to exercise it.