Politicians’ hard-man act over lockdown is hard to take seriously 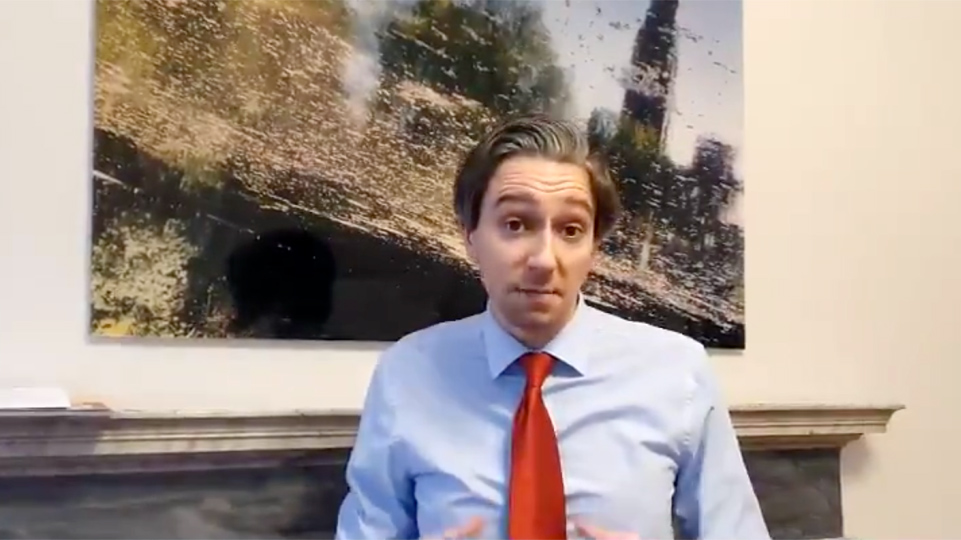 “Who’s your sexy Taoiseach?” is a non-quote regularly and hilariously attributed to former Taoiseach Enda Kenny by Oliver Callan on his politician-lampooning radio show, Callan’s Kicks. Conjuring images of a Mr September some people never knew they wanted, the slogan caricatures Enda’s supposed 10-pints-in-each-hand machoness and magnetism by juxtaposing it against his familiar, austere, Weshthrun tone. “Don’t mess with Enda” is, and was, the comic subtext, portraying the Mayoman as every woman’s dream, and every villain’s worst nightmare.

As is so often the case these days, though, reality is overtaking comedy, as tough-guy politicians ranging from Public Expenditure Minister Michael McGrath to Justice Minister Helen McEntee to substitute-Health Minister Simon Harris have taken to the airwaves to tell us all just how in favour of punishing people they’ve been feeling of late.

Minister McGrath cast the first stone by assuring the public that those guilty of attending February’s now-infamous anti-lockdown protest on Grafton Street “will be punished,” for “Putting the lives of Gardaí at risk.” In marking the public with the Black Spot in this way, the soft-spoken former accountant did not specify whether the illegal putting-of-Gardaí-at-risk referred to the 2 or 3 individuals accused of launching fireworks at the Public Order Unit, or to all the other protestors for standing-with-intent-to-loiter, or neither, or both. Putting trifling legal minutiae like who is accused of what aside, though, and the Minister well and truly threw the gauntlet down.

Not so much to the protestors, mind, as to the other members of the Cabinet, who were now obliged to prove their thirst for vengeance against the uppity protestors with public proclamations to that effect. The Minister for Justice took up the mantel and put us all in the Easter (Rising) mood by discussing a 1916-sounding “disturbance in Dublin, which is being brought under control,” with the Garda Commissioner. While the Helga wasn’t required on this occasion, a prompt apology certainly was when the same Commissioner blamed his faulty intelligence for suggesting that any of the mutant strains of the IRA or other left wing groups could have been involved in the violence. He swiftly had to retreat, because Ireland’s most experienced pyrocrats decided to recognise the Free State’s public health guidelines, and responsibly #staysafe at home instead, we’re told.

Blots on the Gardaí’s ledger didn’t keep Minister Harris from rattling his sabre when footage of an unwise but not un-sympathisable student party in Limerick went viral and made the news. Describing it as a “Slap in the face to everyone sacrificing so much” (students having sacrificed nothing, the jammy gits), the Minister iced the public’s swollen jaw with guarantees that both the University of Limerick and the Gardaí would investigate the matter, and that “Any students in breach of the regulations will face serious consequences.” I don’t know what to say about the Minister for Higher Education issuing veiled threats to expel students based on their perceived moral failings, except to say that college life is something the Minister needs more experience of, and sometimes it shows.

Unfortunately, there are a lot of people who support this sinister brand of hardman carry-on. Indeed, if the polls are to be believed—elections in 2016 and 2020 suggest that they aren’t, but anyway—the majority of our neighbours and friends crave this kind of overbearing, finger-wagging, wooden-spoon Nanny State, which is very far from positive. We live in a by-definition unprecedented time of protracted and sweeping government incursions into the most intimate aspects of our everyday lives, whether by demanding explanations as to why we’ve left our homes, or by keeping us from our dead or dying loved ones, or by depriving our kids of the social and educational experiences that every child deserves and has had up to now, and all in the name of protecting our safety whether we want it or not.

Under those circumstances, it is easy to laugh off or even normalise casually issued and pre-judicial threats from our elected representatives, but we acquiesce to this aspect of the “new normal” at our peril. Maybe you approve of the targets today, but since we have all broken lockdown in one way or another, how sure can you be that you won’t be amongst them tomorrow?

An anatomy of a small fake news story