ON THIS DAY: 29 NOVEMBER 2012: Book of Kells on public display in Trinity College 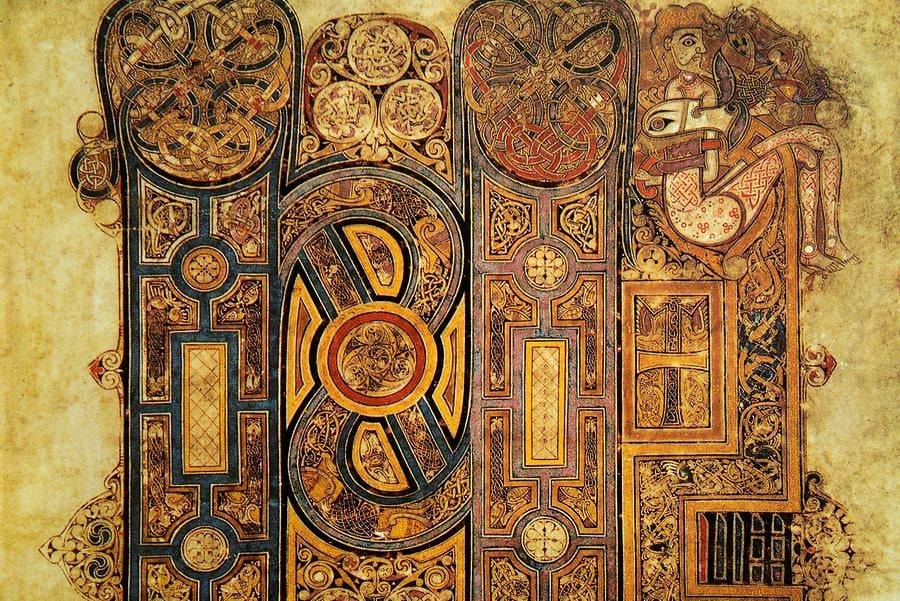 The Book of Kells is Ireland’s greatest cultural treasure and the world’s most famous medieval manuscript. It contains the four Gospels in Latin based on the Vulgate text which St Jerome completed in 384AD, intermixed with readings from the earlier Old Latin translation.

The book is written on vellum (prepared calfskin) in a bold and expert version of the script known as “insular majuscule”. It contains 340 folios, now measuring approximately 330 x 255 mm; they were severely trimmed, and their edges gilded, in the course of rebinding in the 19th century. The book is world famous because of its lavish decoration, the extent and artistry of which is incomparable. Abstract decoration and images of plant, animal and human ornament punctuate the text with the aim of glorifying Jesus’ life and message, and keeping his attributes and symbols constantly in the eye of the reader.

The Irish church was largely monastic in organisation. Monks lived in communities devoted to the study of God’s word, fasts and manual work. The message of the life of Christ was spread primarily through gospel books, and the scribes and artists who produced them held an honoured place in Irish society.

The Book of Kells contains lavishly decorated copy, in Latin, of the four gospels. It has long been associated with St Colum Cille (c 521-597 AD) who founded his principal monastery on the island of Iona, off the west coast of Scotland, in about 561. The Book of Kells was probably produced early in the 9th century by the monks of Iona, working wholly or partially at Iona itself or at Kells, county Meath, where they moved after 806 AD, when Iona was attacked by Vikings in a raid which left sixty eight monks dead.

The Book of Kells was sent to Dublin around 1653 for reasons of security during the Cromwellian period. It came to Trinity College through the agency of Henry Jones, after he became bishop of Meath in 1661.