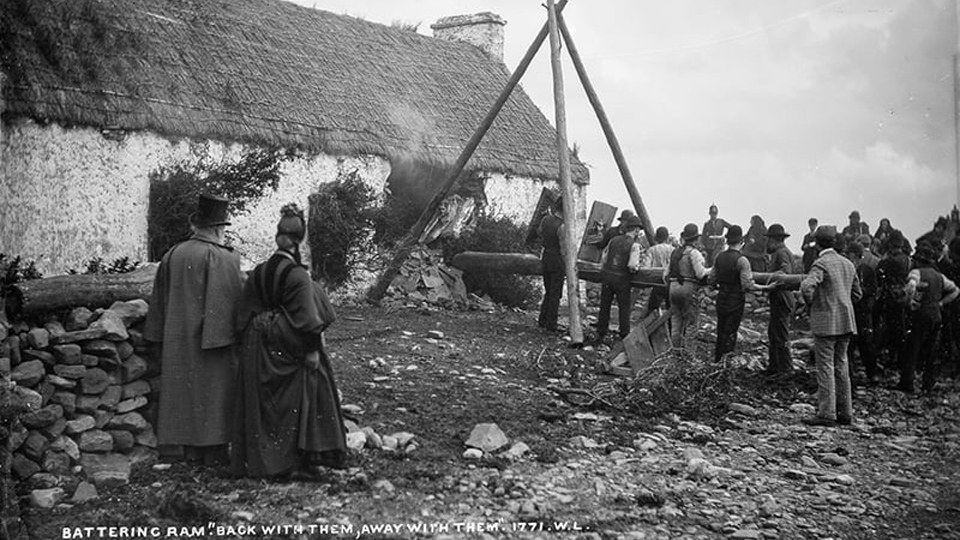 It was founded at the Imperial Hotel in Castlebar; Charles Stewart Parnell was elected president of the league. Andrew Kettle, Michael Davitt, and Thomas Brennan were appointed as honorary secretaries. This united practically all the different strands of land agitation and tenant rights movements under a single organisation.

Michael Davitt – Mícheál Mac Dáibhéid – was an Irish republican, agrarian socialist and co-founder of the Irish National Land League. He was also a journalist and Member of Parliament for the Irish Parliamentary Party (IPP). He campaigned for Home Rule and was a close ally of Charles Stuart Parnell, the leader of the IPP, until the party split over Parnell’s divorce and Davitt joined the anti-Parnellite Irish National Federation.

From 1879 to 1882, the Land War fought for the “Three Fs” (Fair Rent, Fixity of Tenure and Free Sale) first demanded by the Tenant Right League in 1850. The League organised resistance to evictions, reductions in rents and aided the work of relief agencies. Landlords’ attempts to evict tenants led to violence, but the Land League denounced excessive violence and destruction.

Photo shows: A battering ram is used to breach a farmer’s home, National Library of Ireland; and a poster urging people to pay no rent 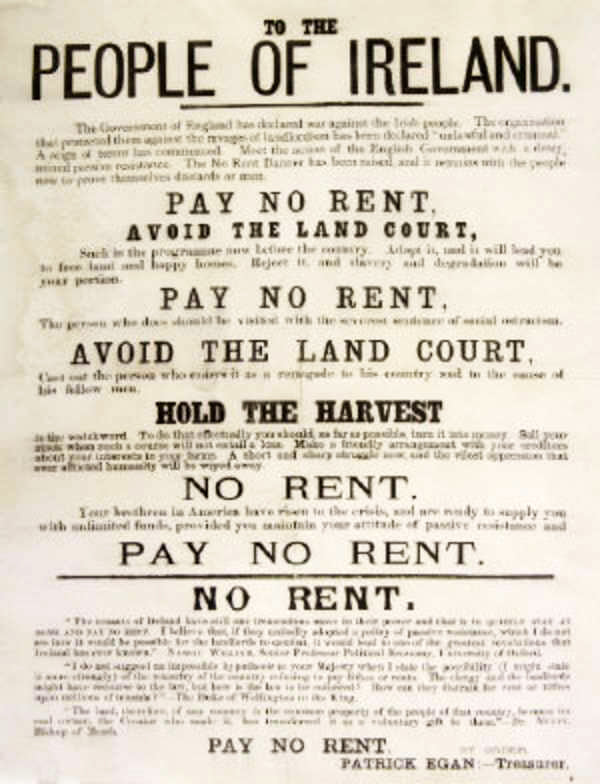