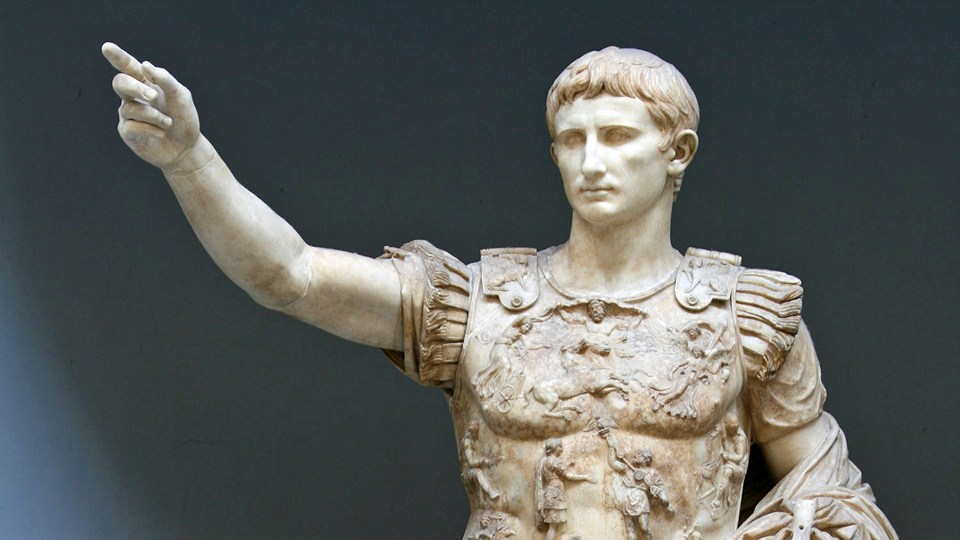 Gaius Octavius was the nephew of Julius Caesar, and his heir apparent, when the latter was brutally murdered by conspirators on the Ides of March, 44BC. At the time, Octavian (as he was then known) was twenty years old, and studying in Greece. Within 18 months, the young man had maneuvered himself into becoming one of the most powerful men in the world. In the aftermath of the murder, Rome fell into chaos.

The pro-Caesar faction, and the republicans, at first established an uneasy truce. But this fell into open warfare when Mark Anthony effectively exiled the conspirators to the east, and seized effective power in Rome. Anthony had no interest in the young Octavian, who he viewed as a threat, and tried to thwart him from accessing his inheritance. So Octavian did the unexpected: He allied himself with the Senate, which had sanctioned the murder of his uncle. He raised an army, and placed it at the service of the Roman Republic, in order to wage war on Mark Anthony – in return, he was elected consul, the youngest man ever to hold such a position, on this day in 43 BC.

Over the next decade, he would fight several civil wars, murder thousands of his uncle’s old opponents, and establish ultimate power in Rome, before being declared a God, and establishing a period known to history as the “Pax Romana” – the Roman Peace. For all of this, we know him today as the Emperor Augustus. But it all began, on this day, August 19th, 43BC, when the Roman Senate were silly enough to elect him consul – a decision many of them would later pay for with their lives.

ON THIS DAY: 28 SEPTEMBER 1066: The Conqueror lands in England