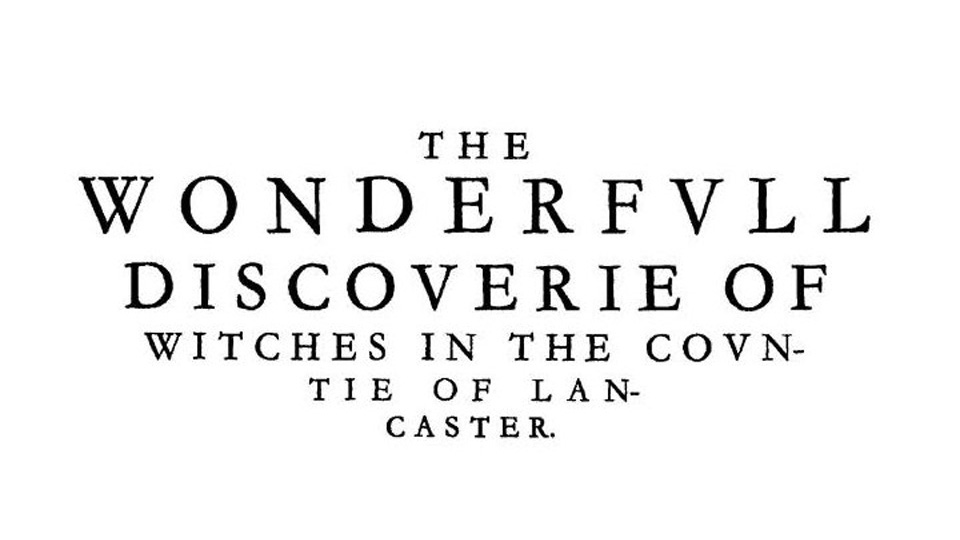 On March 21st, 1612, a young girl called Alizon Device encountered a merchant called John Law, from Halifax, on the road to Pendle. She begged him to sell her some pins, but he refused, because she did not have the money. Privately, she cursed him. As luck would have it, within a few minutes, he had a stroke and fell down in front of her.

Alizon’s grandmother Elizabeth Southerns had been suspected to be a witch for years. Now Alizon was convinced that she too, had the gift. Horrified, she sought comfort from her local priest, and confessed that she believed she had sold her soul to the devil. And so began the Pendle witch panic. By August, the good people of Pendle had identified no fewer than twelve witches and warlocks and servants of the Devil in their midst. Some had confessed, believing themselves cursed. Others were simply relatives of Alizon and her Grandmother.

Others again were accused by those with grudges. Eleven were sent to trial. On August 17th, this day, in 1612, the trials began. They would run for three days. Ten of them were found guilty, and hanged. The event was memorialised by a London based reporter, Thomas Potts, who happened to be in the area at the time.

His pamphlet on the event, titled “The wonderful discovery of witches in the county of Lancaster” became a best seller, and made him a fortune. A few copies survive to this day. The Pendle Witch trials, in Lancashire, on this day in 1612.

ON THIS DAY: 24TH DECEMBER 1846: Letter to the Times re the Starvation in Skibbereen

ON THIS DAY: 3 SEPTEMBER 1658: Oliver Cromwell dead, like all those people in Drogheda