The Scheme to Support National Organisations (SSNO) is administered by Pobal on behalf of the Department of Rural and Community Development. It is described as a key element of that Department’s support for the development of strong and vibrant civil society and “in improving outcomes for those most disadvantaged. It is with that in mind that I want to come to the issue of organisations who have received funding under the SSNO.

Now, I think it would be fair to suggest that if most people were asked to rank the following organisations in terms of those most deserving of support, a fairly obvious list would emerge:

Yet the fact is, and I suppose this should surprise no one, but it is actually the National Women’s Council that received the most funding. Over the time the scheme ran, from 2016-2019, the NWCI were allocated €270,000.

By contrast, the Irish Association for Palliative Care got €150,428.

Incidentally, AMEN Support Services, which is not listed above but which is the only national organisation dedicated to combatting domestic violence against men got almost a hundred grand less than the NWCI- a ‘mere’ €181,707.

Clearly, some of these allocations are very far from the NWCI allocation and some are very close.

In terms of overall incoming resources that the NWCI has posted in its audited accounts-see the following : 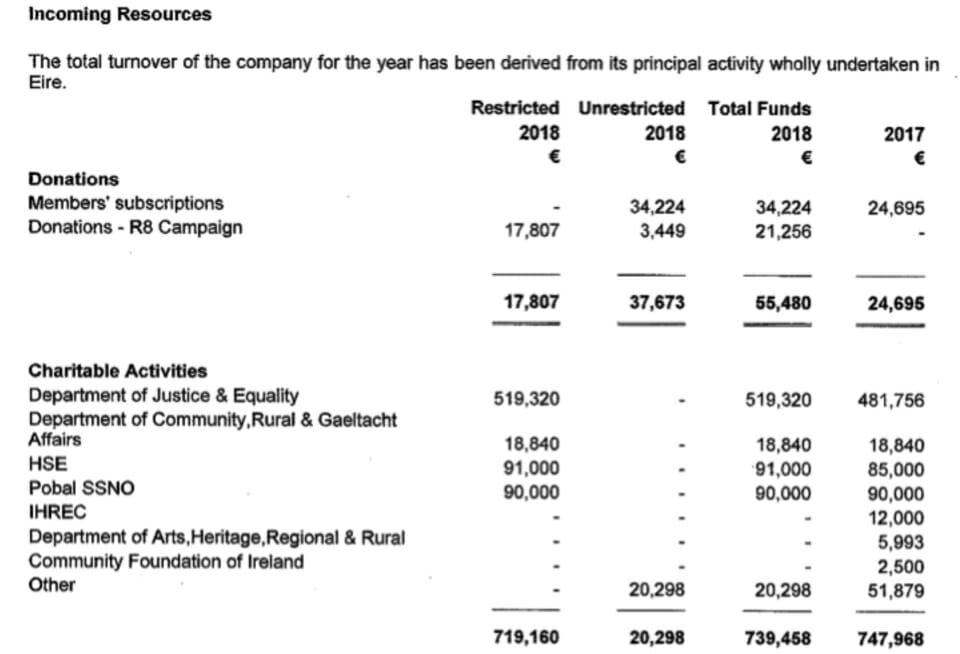 The question to be asked is, does anyone, apart from those directly employed by NWCI really consider it as anything but a de facto extension of the government’s lobbying network?

The idea that it contributes to “a strong and vibrant civil society” may also leave some people slightly bemused given that it has been routinely being criticised for failing to represent women who don’t conform to a liberal agenda – pro-life women and others.

The information in this report came as a result of a parliamentary question asked by Mattie McGrath, TD. A full list of funding provided under it can be found here.