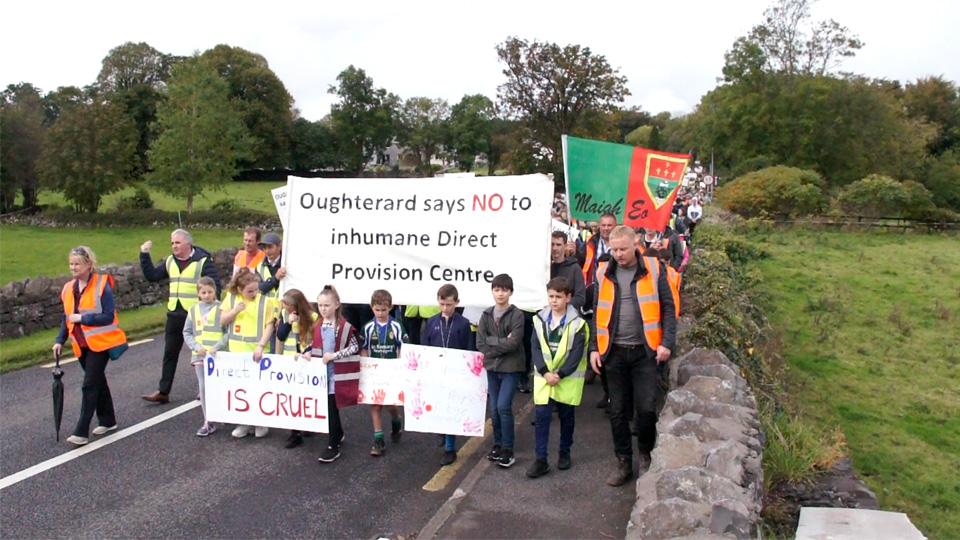 The local people in Oughterard have welcomed the withdrawal of a tender to provide a direct provision centre at a hotel in the town.

A representative for the Connemara Gateway Hotel has confirmed they are pulling out of the deal which had caused controversy for the past three weeks in the town.

Locals said they were upset that a decision had been made to begin work on the centre without consultation with the community. They also argued that direct provision centres were an inhumane way of providing for asylum seekers and migrants.

Up to 3000 people marched in a silent protest opposing the direct provision centre last Saturday, and rolling 24 hour pickets have been held at the site of the hotel. All of the protests have been peaceful.

It’s reported that construction workers have entered the site this morning and removed tools.

At last week’s protest, local resident, Rory Clancy, told Gript News that direct provision centres were “like an open prison” where people were treated like cattle and the local community was firmly opposed to that. He called for the authorities to find solutions rather than name-calling the people of Oughterard.

They say their efforts to secure reforms of the system for dealing with refugees will continue.

It is understood the decision to step back from the tender process followed discussions with officials in the Department of Justice in the last 24 hours.