Who cares about the name of a Newspaper? Irish politicians, of course. 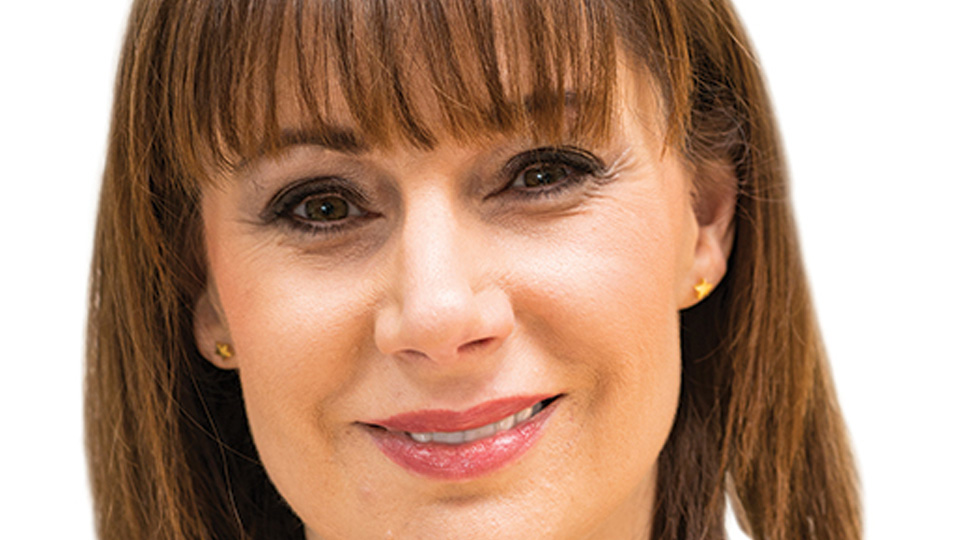 In your life, have you ever spent a day wondering why the Kerryman newspaper is called the Kerryman, and not the Kerry people?

Chances are, you have not. Josepha Madigan, on the other hand, feels so strongly about it that she went on national radio yesterday to urge that the name be changed, so that the county of Kerry, and indeed the entire nation, could become that small bit more “inclusive”.

The Healy-Raes, naturally enough, must have thought that Christmas had come nine months early. Being, as they are, relatively normal people, Micheal and Danny were quick to take to the airwaves, pondering whether, if the Minister was to be taken at her word, manholes should also be re-named “people holes”.

The blindingly obvious point here is this: In a country in the midst of a pandemic, with record unemployment, rising crime, and a general sense of malaise, what does it say about us that one of the fifteen people running the country is devoting her time to complaining that the names of newspapers are insufficiently feminist?

Josepha Madigan is not a bad person. Having met her once or twice, this writer would describe her as a nice, well-meaning, genuine person. But being well-meaning and genuine doesn’t matter a damn if you are incapable of relating to your fellow citizens. Her plight, and affliction, are not uncommon.

Much has been made, across the western world, of the question “why did Donald Trump win in 2016, and why did he come so close to winning again in 2020?”. The answer is simple: People like Josepha Madigan.

The Irish political class is full to the brim of people like Josepha Madigan. For them, politics is an entirely symbolic exercise. A country is not measured in data – we do not ask how many jobs there are, or what the crime rate is, or how many beds there are in hospitals. No. We measure the country instead in adjectives. Are we compassionate? Are we inclusive? Are we egalitarian?

And those questions aren’t really even being directed at us, the voters. They’re being directed instead at an entirely different audience – the rest of the political class. In times of yore, politicians used to be primarily interested in pleasing voters, and demonstrating that they were on the side of the ordinary person. That’s changed, though. Right across the western world, but especially in Ireland, politicians are increasingly eager to prove that they are on the side of the correct cause, and lobby group.

Consider the case of Patrick O’Donovan, the Fine Gael junior minister who, this week, decided to tell people that the thing to do on St. Patrick’s day was to avoid alcohol, and instead, stay at home and drink water. Can you imagine Charlie Haughey or Albert Reynolds telling people to drink water instead of having a pint?

Who did O’Donovan think he was representing? Who was he trying to please? You? Or Alcohol Action Ireland?

The thing that jumps out, more and more, is this: Ireland is a country in crisis, and the politicians leading it don’t even know that there is a crisis. Half of all young people have no jobs. A quarter of all adults have no jobs. Tens of thousands of people have no homes. Parts of the capital are now policed more by drug gangs than by the police force.

But none of that seems to matter, because those things aren’t positive adjectives. There’s no points for inclusivity to be had in those issues.

There has always been a “political bubble”, of course. Politicians speak to other politicians much more than they speak to the rest of us. But in recent years, that bubble has become almost impermeable. Its assumptions about how the world works are unchallengeable inside it, and alien to the rest of us. There is a hierarchy of adjectives by which the world is ordered, inside its sphere. For example, compassion must always come first. That means that, this week, the Government is considering taking 400 migrants from the island of Lesbos. It is doing this at the same time as Irish people are forbidden to travel because of Covid, and at the same time as there is a national housing crisis, because those issues must, according to the rules, always come second to compassion. There is no permissible argument against such a move, because refusing to accommodate the migrants would not be compassionate. Pointing out the problems with such a plan means that you oppose compassion itself, and are therefore a bad person.

Second to compassion comes inclusivity. Things that promote inclusivity are good – hence Minister Madigan wanting to re-name newspapers. But inclusivity does not extend, and cannot extend, to opposing viewpoints. So the Government is building an inclusive society while giving the Gardai the powers to police your speech and charge you with a crime for saying the wrong thing. No compassion will be extended, of course, to you on the grounds that you are poorly educated, or working class, or come from a background where you haven’t learned the language of the university campus.

Then we have equality. But equality is never measured in the way the average person measures it – do we all have roughly the same rights and opportunities. No, for the political class, equality is purely a symbolic matter. Does Newstalk have enough women presenting its radio programmes? Do state boards have enough ethnic minority members? What these agencies actually do, and what gets accomplished, is much less important to the Irish political class than the skin colour and genitals of those who sit on them.

We have become a country of student union politics, ruled, increasingly, by student union politicians. In the students union, you make your name by championing dumb ideas that are purely symbolic – in my own day, it was banning Nestle chocolate and cans of coke from campus on the grounds that coffee beans were unethically harvested, or something. Nestle and coke did not, so far as we know, suffer much as a result. At the campus level, such weird obsessions are usually harmless. When you extend that kind of nonsense to running a country, you get Josepha Madigan.

A growing number of us are unutterably sick of it. The success of a country should not be measured in adjectives, but by the standards of our lives. A decade of this nonsense has left us with more mental health problems than ever before, more family breakdown than ever before, more crime than in living memory, more unemployment than records have ever recorded, a housing and homelessness crisis, a health service creaking at the seams, and a bureaucracy that most of us spend our days trying desperately to avoid.

If the Irish people wanted the names of their newspapers changed, they could write to the editors, or organise a boycott, or engage in any of the other students union nonsense that people who care about such matters avail themselves of. But we don’t. We want a country that is well governed. And if the political class won’t do it, then we, like the Americans, will end up finding our own Donald Trump.