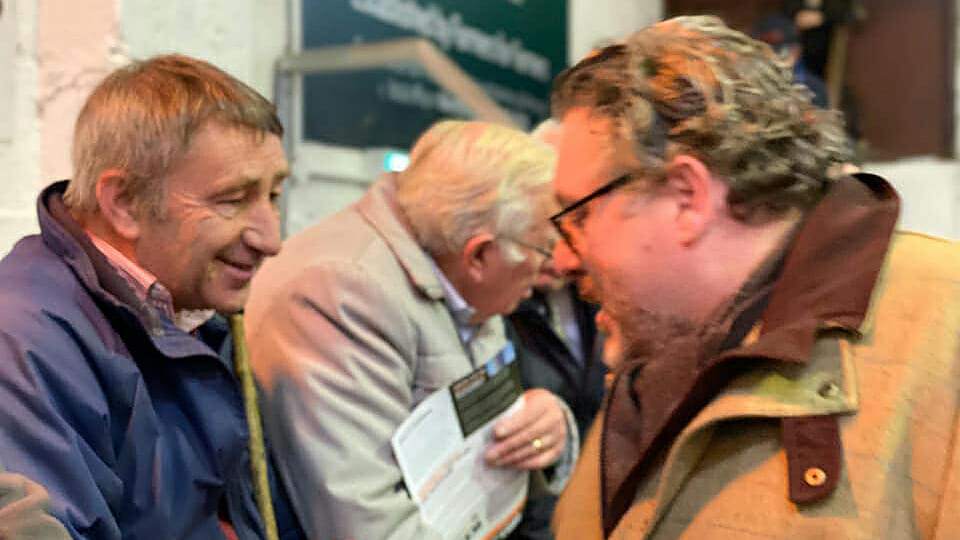 A Wexford Councillor has accused “Dublin-centric politicians” of encouraging “misinformation and anti-farmer propaganda” at a time when farmers are struggling.

Sharing a photo of the controversial Go Vegan billboards which have been seen throughout the country in the past few months, Codd said: “while our farmers are watching their livelihood and rural Ireland’s way of life desecrated, here’s what the mainstream Dublin-centric politicians of Ireland are pushing.” 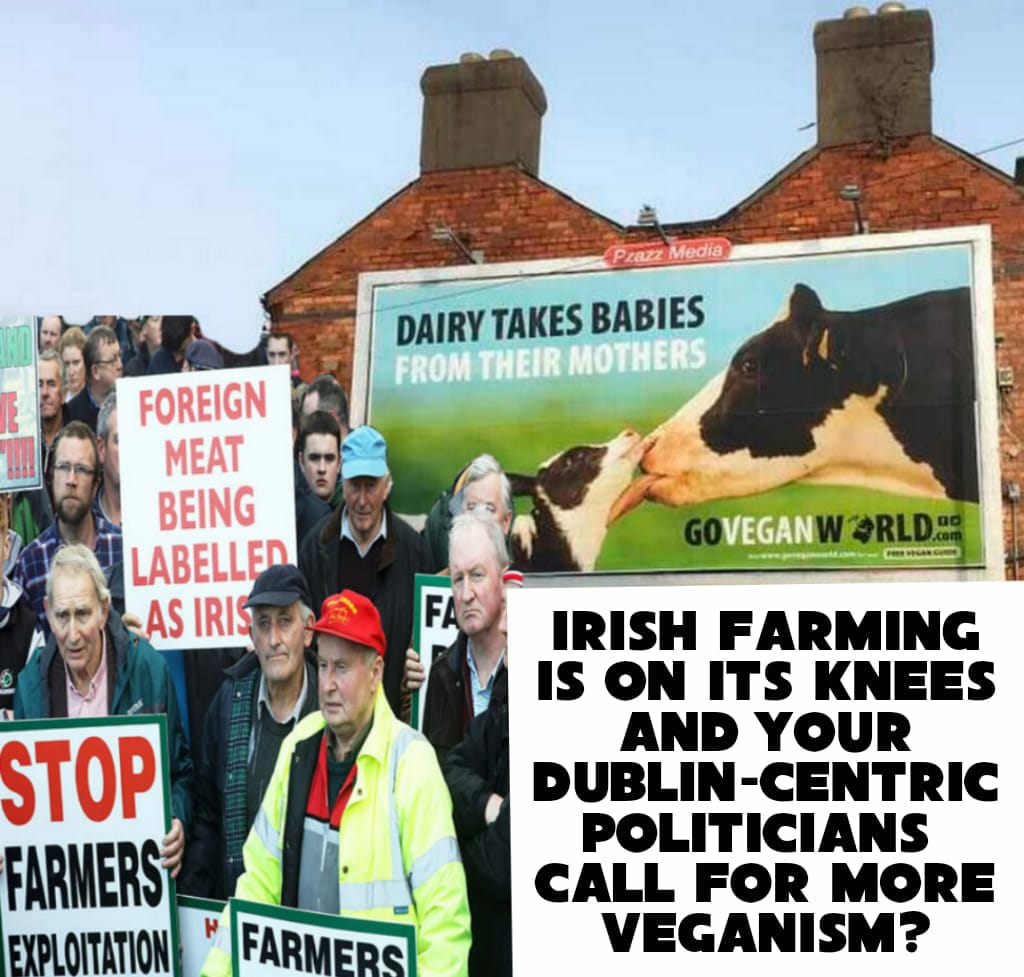 “While I have absolutely no problem with anyone who adopts a vegan diet, it is simply wrong to suggest that veganism is either more environmentally friendly or somehow more humane for farm animals than our well managed and strictly regulated beef industry,” the Aontú Councillor continued.

He called on politicians to stand up for Irish farmers at a time when they were being hard-hit by cheap imports from abroad.

“Our farmers are global experts in looking after the welfare of their herds, unlike the farmers of South America and other areas now trying to flood the EU with cheap beef. It is extremely reckless of our politicians to encourage this misinformation and anti farmer propaganda,” he said.

“The agrifood sector employs 167,500 people nationally (8.5%) and accounts for 9.8% of Ireland’s merchandise exports. Economic activity in the agriculture and food sector produces a far bigger return than equivalent activity in other traded sectors of the economy. That is because agri-food companies source 74% of raw materials and services from Irish suppliers, compared to 43% for all manufacturing companies,” the Aontú Councillor asserted.

The Bridgetown native is one of Aontú’s six elected representatives, winning a seat on Wexford County Council last year.