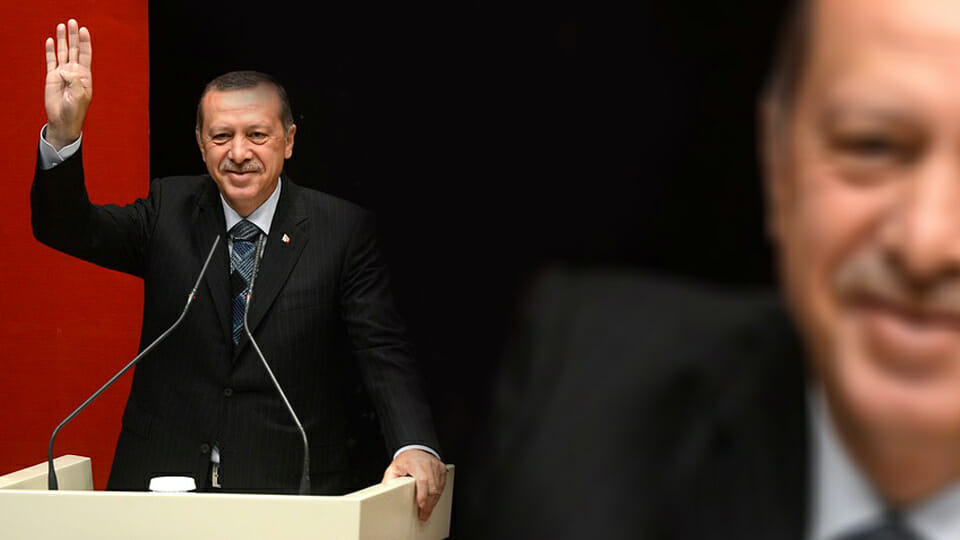 Anyone who has been following the reaction to the Turkish military offensive against the Kurds in northern Syria will be aware of the considerable and unusual criticism of President Trump by American conservatives.

At first sight it seemed that the Kurds and their allies in the Syrian Democratic Forces had indeed been left out to dry by the American withdrawal of their military support on the ground which had been crucial in the SDF’s defeat of IS. Indeed that alliance of the Kurdish fighters, many of them from the leftist Peoples Protection Units, and the Americans had drawn the opprobrium of the western left, who know how to win wars from the safety of Harringay and Rathgar.

In any event, when it comes to a confrontation between freedom and barbarism they know “which side are you on.”

For some on the American right this was shades of Saigon in 1975 or the abandonment of the Cubans after the Bay of Pigs. And indeed in that context it is worth recalling that most of the anti-Communist Cubans of the landing and its back up on the island were not supporters of the Batista regime but former democratic and even leftist allies of Castro before he capitulated to the tiny Communist Party and their bosses in Moscow.

The massive US aid to the Kurds and their allies, amounting to billions of dollars, was crucial in the destruction of IS and in temporarily stymying any possibility of the Baathist regime in Damascus winning the civil war. But it was always an alliance that was circumscribed by delicate big power politics, and above all by the Trump administrations’ determination to take the boots off the ground once the mess caused by Clinton and Obama in the region had been mostly cleaned up.

People under-estimate Trump’s commitment not to isolationism of the type that typified the United States in the years between the two world wars of the last century, but certainly to avoiding any new disasters of the type presided over by his predecessors, Republican and Democrat.

That can also be seen in his dealings with the lunatic gang in Pyongyang. Once again the left’s irony counter is on the blink here. When Trump was elected they were predicting a nuclear war if America made the Koreans pull their horns in. Apart altogether from the fact that the tacit belief was that the Kim gang retain some sort of “progressive” credibility and should be conciliated just as the left had conciliated Hitler and Stalin and Saddam. Now they attack Trump for not being more aggressive. Just as in the same way years of calling for a US withdrawal from the Middle East are replaced with horror when Trump moves to make that a reality.

Trump’s policy towards Korea appears to be based on the pragmatic acceptance that there is no credible internal opposition or even faction of the ruling clique that might be encouraged to bring about “regime change.” Nor is it worth the gamble of any military intervention. So sad to say, the realpolitik dictates that there is some stroking of Kim’s ego, but he has been clearly told to get back into his box.

One assumes that the same rationale is at work in Syria in relation to the Kurds. Despite the worst case scenarios being painted over the weekend as the Turkish army crossed the border, there will not be a wholesale slaughter and defeat of the SDF. That may well be prevented partly by the intervention of the spayed Assad regime and underwritten by Putin. Mostly, Erdogan has been put on warning that he either pulls in his horns or faces the consequences. And given that he survived a military coup in 2016, he cannot even trust his own soldiers. And if they were to run into the battle hardened Kurds and Russian backed Syrians in serious battle he could not be sure of victory.

The losers in all of this are as always the people who are living under either monstrous regimes or in armed conflict or under military assault. Leibnitz’s “best of all possible worlds” is certainly one free of totalitarianism. Not perfect, but it fosters freedom and possibility. A huge proportion of humanity live in states where that does not exist. We only have to look at the resistance of the people in Hong Kong to the encroachment of the Communist Party of China.

Should such people be supported at all costs when they oppose tyranny? Even at the cost of discomfiting those of us who live in relative abundance and liberty. That is the question. It was answered in the affirmative by the United States and its democratic allies in the struggle against Nazism and Communism.

Ought not the same be extended to those oppressed by their contemporary successors. Or ought the democratic world play a longer game of containment and isolation in the hope that the North Koreas and Syrias and Chinas eventually collapse under their own contradictions as did the old Soviet system.

Easy for us to say, perhaps.