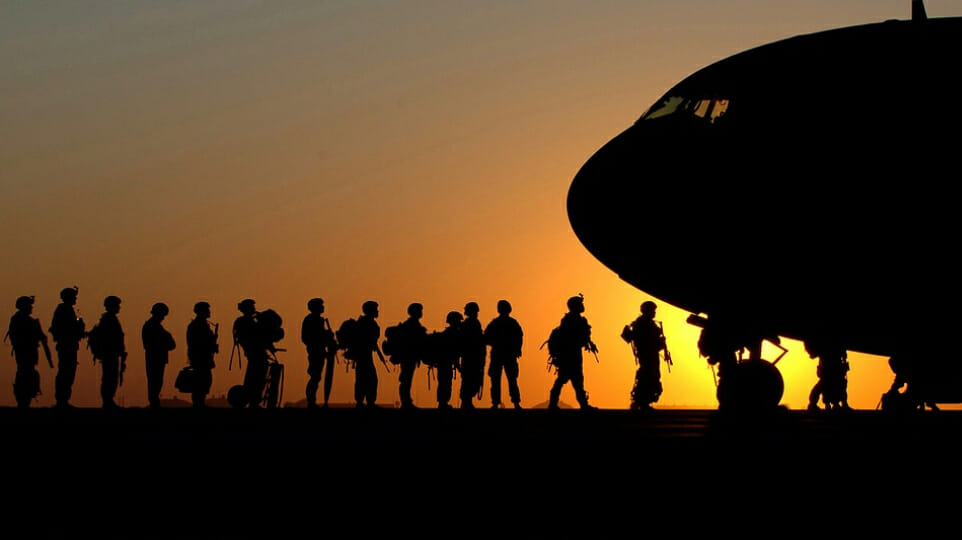 170 Irish soldiers previously stationed in Lebanon returned home today after a delay of several months due to the covid-19 pandemic.

Though originally due home in May, the men’s return was delayed following a decision by the UN secretary general, Antonio Guterres, who banned UN peacekeepers from returning, supposedly to prevent the spread of covid-19.

The troops in question have been stationed in the foreign country away from their families for months, and will be quarantined for a further 2 weeks upon returning as per public health guidelines.

One might then argue that this wasn’t the fault of the government, as the decision to strand our troops abroad was made by the United Nations, and not necessarily Irish politicians. And this might be a valid defence – if it wasn’t for the fact that our government has spent the last few months kowtowing to the UN as much as humanly possible, even managing to beat globalist Canada to a seat on the UN Security Council. This is the same government that recently promised to quadruple our funding to the UN sub-organisation, the WHO, even while they were riddled by scandals.

While the UN keeps Irish soldiers from seeing their families, our government has done everything it can to bend over backwards to appease them on Irish taxpayers’ dime. We have fully prostrated ourselves at the feet of this organisation and apparently gotten little in return.

Besides, it’s not the first time Irish troops stationed in the middle east have experienced delays – last year, over 100 Irish soldiers were left stranded in Syria for weeks after their tour of duty ended due to a “bureaucratic error”, resulting in the Irish government having to compensate them €1,000 each for the trouble.

When you consider these kinds of scandals, it’s no wonder why the Irish Defence Forces has been hemorrhaging troops at an alarming rate for years. It’s been argued that Irish soldiers are the worst paid public servants in the State, often working for below minimum wage unless they work additional hours – an outrageous an onerous ultimatum which no other State employee would be subjected to.

As if that wasn’t bad enough, as many as fifty Irish troops last year were forced to wait for psychiatric appointments as the military’s sole psychiatric professional retired and was not replaced in a timely manner. Many troops suffered from serious conditions like PTSD, and were left to languish while waiting for treatment on months-long waiting lists.

This is compounded by the fact that suicide is rife among the armed services. The most recent studies available show that 63 of the 732 Defence Forces deaths between 1970 and 2002 were from troops taking their own lives.

Additionally, Irish soldiers have repeatedly complained about the army’s use of dangerous anti-malarial medications like Lariam, which has been banned by the US special forces since 2013 due to its reported tendency to induce psychosis, suicidality and other severe mental health issues.

Between helicopter doors falling off, our government signing our soldiers up for EU battle groups, and now having their time wasted on dangerous overseas missions, it’s becoming increasingly clear that the wellbeing of our Defence Forces are far down the list of our government’s priorities.

Mary McAleese: Yer man Trump is a dictator, so he is