Irish leaders cause recession & misery despite WHO warning against lockdowns 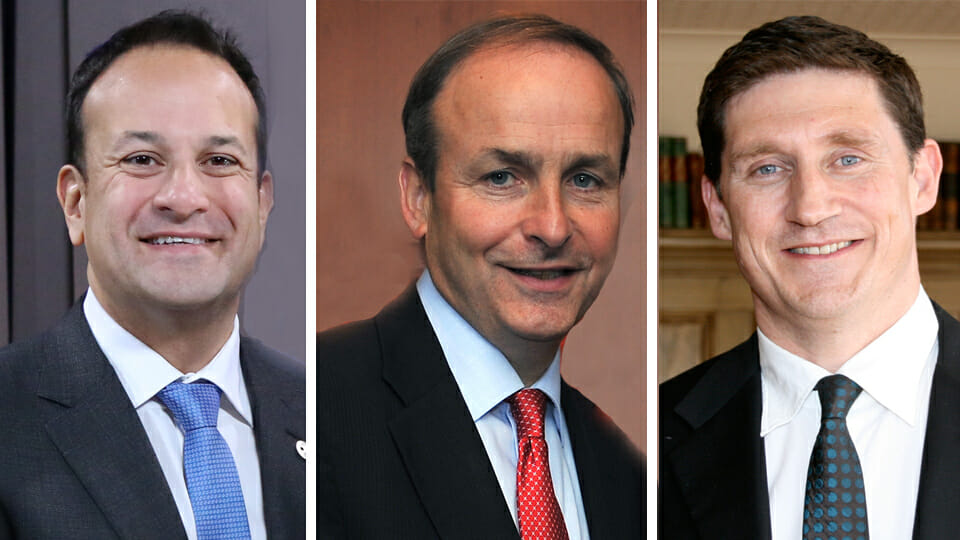 You might be sitting comfortably in life at the moment, enjoying a steady income and untouched by the current upheaval, but consider those whose jobs are lost, their business shut, surgery cancelled, a parent who died alone, a brother contemplating suicide, or those who cannot find a way to pay their rent or mortgage while giving their children any standard of life.

These are the painful realities that were and are being thrust upon countless homes around the country as the government moves the country further into lockdown, despite the very dubious grounds on which such decisions are being made.

What Ireland has been subjected to over the past nine months is nothing short of astounding, as media outlets continue to ramp up public fears about the Covid-19 virus through the latest “very concerning” figures reported on daily, coupled with politicians and so-called experts providing all the fodder needed to present the nation with a ‘perfect storm’ narrative that our very existence is under threat.

The reality of course is that only a tiny fraction of the population is under threat, and they should take specific measures to protect themselves, but to subject the entire population to wholly unnecessary restrictions and onerous requirements is bordering on reckless negligence.

I say this for two reasons: firstly, our government has so far heeded the WHO as providing reliable information and advice that Irish people should follow, so their current rejection of the latest WHO warning to avoid lockdowns seems remarkable, especially as the “cure” became patently worse than the disease long ago.

Secondly, the real-life devastation wrought by the decision to go into lockdown amounts to an abuse of the authority we invest politicians with, men and women who are bound to serve the common good of the country using right reason and objectivity in the face of competing interests and widespread hysteria.

The problem of course is that these politicians know the media will not hold them to account for these actions when voters could make them pay at the next election. It all seems like an abusive relationship at this point, but so many citizens are beholden to a peculiar form of Stockholm Syndrome in defending their rulers and purveyors of information.

Politicians realise most media institutions are content to prop up the facade of impending doom a circle of delusional, overpaid “experts” have crafted, to withhold competing information, and to scapegoat the cranks who refuse to engage in their groupthink.

And yet the facts speak for themselves, when they are allowed the light of day.

More people around the world die of road traffic accidents annually than have died of Covid-19 so far this year, and, given that the WHO estimates 1 in 10 people have already had the virus, the mortality rate compared to infections is therefore around 0.14%.

This means the survival rate is at 99.86% among those who contract the virus, whilst 99.96% of the globe’s entire population will live on.

As Leo Varadkar made clear before the first lockdown, we were always going to lose people to this virus unfortunately, but it now seems inexplicable to shut down the country again, to further postpone 100,000 cancer screenings, and plunge more people into depression and anxiety on the basis of a disease that only one in five will feel any symptoms from and thankfully few are succumbing to now.

Putting Covid-19 in the context of other life-threatening realities, the government should have had us all drive at 5mph for years if they were reacting proportionately in order to save lives. But they didn’t, because they know this would create undue problems for the vast majority of people who will be unharmed by driving.

If the government is concerned about ICU beds, then it should invest in more of them, rather than confine the country to economic ruin caused by crippling levels of debt and job losses. The country already entered recession of course this year, with a 6.1% decline in GDP reported between April and June that even surpasses the 4.7 per cent drop suffered in the fourth quarter of the 2008 crash.

The continued spectre of ordinary people feeling overwhelmed by fear and overburdened with hardship cannot be allowed to persist however, if only the gatekeepers of public information were to oblige.

BEN SCALLAN: How Irish people were tricked to hate their culture

Tom Mitchell: twice elected as a Westminster MP while a republican prisoner