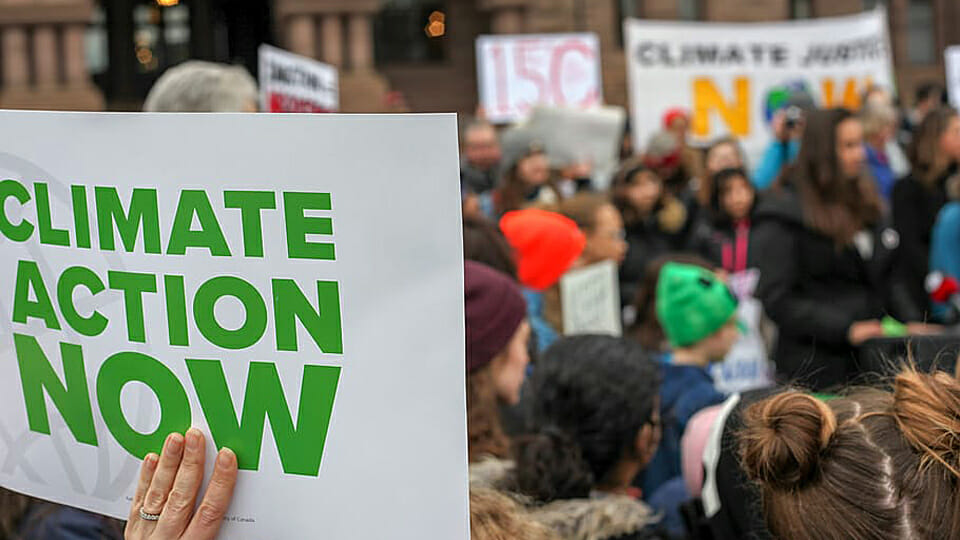 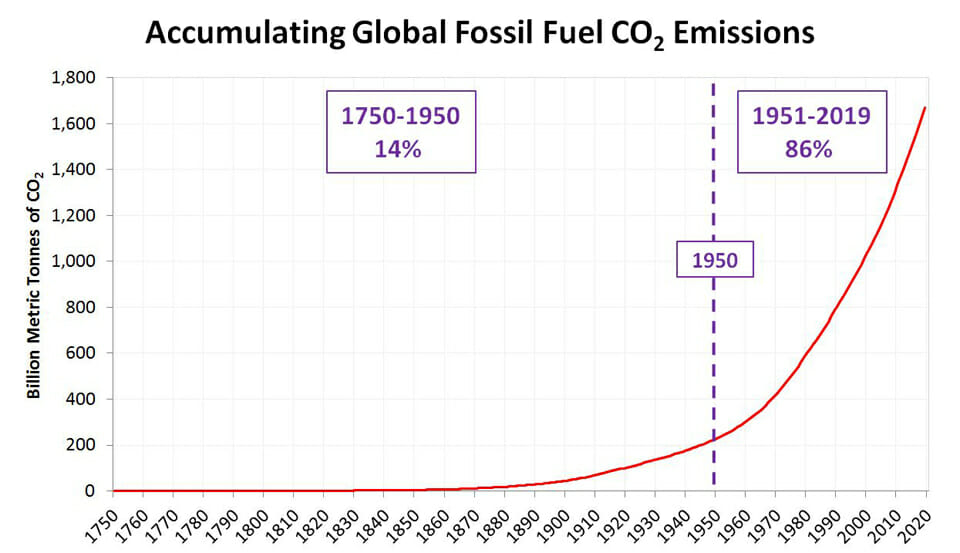 Whenever the media report on climate or weather related matters today invariably the latest temperature is compared to an average value in the 30 year period 1981-2010 or similar periods. This is normal for weather forecasting as the average in a 30 year period is taken as the recent climate and weather forecasters generally want to compare to the weather forecast to recent climate. However, in the context of our man-made impacts on climate, and our Dáil’s declaration of a ‘Climate Emergency’ here, the periods we really need to compare to are much longer if the true impacts of our CO2 emissions are to be assessed.

In 2017, I was reading Met Eireann’s Climate Annual for 2016 and everything was compared to the Long Term Average of 1981-2010. I was aware that in other parts of the world, particularly in North America, some were commenting online that temperatures were as hot or hotter in the 1930’s compared with today’s and it had me wondering if it was the same the case for Ireland. I could find no clear exposition of the long term trends in Ireland’s climate but there were a couple graphs around but you had to spend time searching hard on the internet to find them. This surprised me as I would expect if the long term graphs showed clearly our impact on climate they would be presented repeatedly to the public to convince them of the need for climate action. I, therefore, set out to get what long term climate data I could, from reputable published sources, and present it in clear graphs that any member of the public could clearly understand and see our climate impacts for themselves.

Ireland has a surprisingly long weather record and has one of the longest (almost) continuous weather records for a single site at the Armagh Observatory. Daily weather recording began there in July 1795 but records for the period from June 1825 to December 1833 cannot be located today and may not have been kept. In a significant project in around 2003, the separate temperature datasets in Armagh Observatory were calibrated, corrected for time of reading and the missing data estimated by comparison with contemporaneous readings at Dunsink Observatory near Dublin. A complete single dataset of mean monthly temperatures was prepared for the period 1796-2002 that was peer-reviewed and published by observatory staff. The published data was brought up-to-date by myself by using the daily maximum and minimum readings at Armagh Observatory in the period 2003-2019. This temperature data gives a great overview of the trends in Ireland’s climate of temperature for 224 years (rainfall etc. will be examined in separate articles). Even though it is a for a single location the length of the temperature series makes it statistically very useful and robust in highlighting the major features in Ireland’s changing climate for over 2 centuries. Figure 2 below shows Armagh’s annual average temperature for the period in blue. 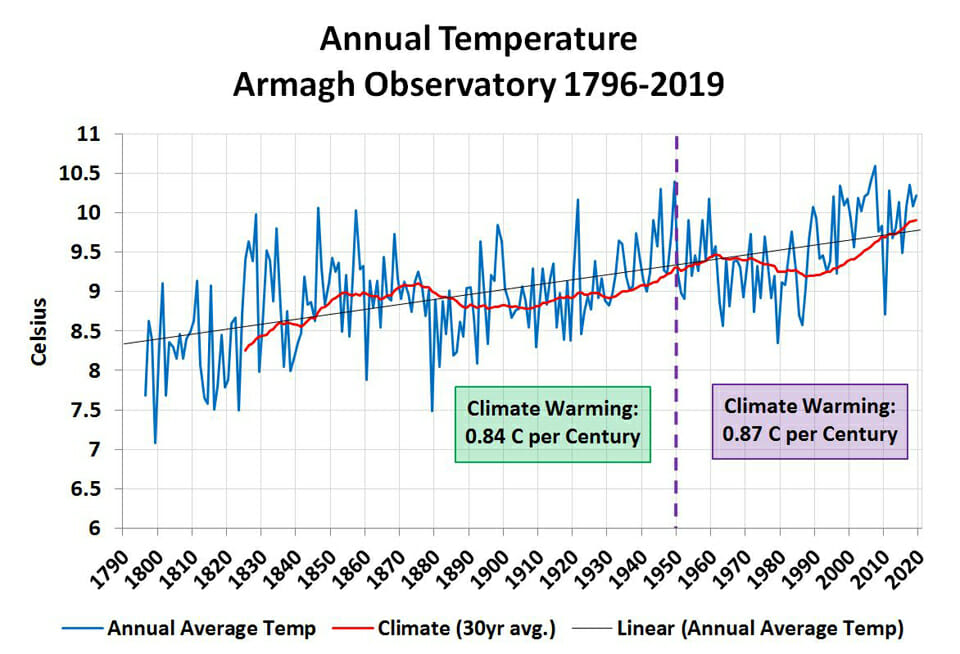 Graphing data and presenting it is very important to statisticians. We have a great ability to detect trends and patterns in graphed data which is very useful to statistics. The annual average temperature shows quite a bit of jumping around from year to year but, overall, a clear trend upwards can be seen over the full period. This overall trend is captured in the black line which shows an increase of over 1C in the period. However, this increase in annual average temperature isn’t increasing in a straight line but is increasing more like the red wavy line and this red line is the 30 year average temperature – also called the climate. In comparison to the warm 1930’s in North America, the 1940’s appear to have been quite warm in Ireland with a number of years then being hotter than more recent years despite the overall trend upwards in the intervening 70 years.

Another takeaway from the temperature graph in figure 2 is that the period from 1950 to today looks to be remarkably similar to the century and a half before 1950 where it appears to be just a continuous trend with no marked shifts or changes in pattern discernible. Also the increase in the climate temperature in the 2 periods is very similar when both are scaled to 100 years. On the face of it, this is difficult to reconcile with the theory that the fossil fuel CO2 in the atmosphere is causing a large radiative imbalance that is forcing temperatures upwards at an unprecedented rate.

The continuous upward trend in this graph isn’t controversial. Climate scientists have known for at least a century or more that the globe is warming up after the ‘Little Ice Age’. It was known that there was a medieval warm period that affected Ireland and Britain as there are clear indications it was significantly warmer in that period than it was in the 18th or 19th centuries. Parts of England were wine producing regions with evidence of this in the names of areas and street today – only in recent years has vine growing and wine production started to grow in popularity in England and Wales with recent warm summers producing some good harvests.

It is also worth pointing out that climate scientists today don’t have any clear understanding of why the globe cooled centuries ago (evidence is mounting it wasn’t just a European regional phenomenon) and why it started warming up again around the beginning of the 19th century. The sun went through a period of very few sunspots called the ‘Maunder Minimum’ around that time and this was traditionally given as the reason, but climate research in recent decades casts some doubt on that explanation, however, it remains a popular hypothesis. If there is a clear causal link between solar activity and the earth’s climate a plausible mechanism has eluded scientists to date but there are many interesting theories that are being examined and tested (e.g. Svenmark’s cosmic rays theory).

However, despite the usefulness of the human eye it can also be deceptive and miss patterns more sophisticated statistical techniques can detect. Some of these techniques will be used to examine the temperature record more closely to look at rates of warming etc. in the next article in this series examining Ireland’s ‘Climate Emergency’.

This is part 1 of a 2 part article

JOE HENRY is a professional engineer working in international consultancy. He has taken an active interest in climate science since watching Martin Durkin’s famous climate documentary ‘The Great Global Warming Swindle’ back in 2007. In the past, he has taken an active role in party politics where he was a member of Fine Gael for many years in a number of constituencies around Dublin for nearly 20 years. He takes a keen interest in the state of the media in Ireland and how it is actively misinforming the Irish public on a range of issues dear to the Left-Liberal’s heart.

84% of people wanted a statue of Kevin Barry in Finglas. So why are Dublin City Council refusing to listen?