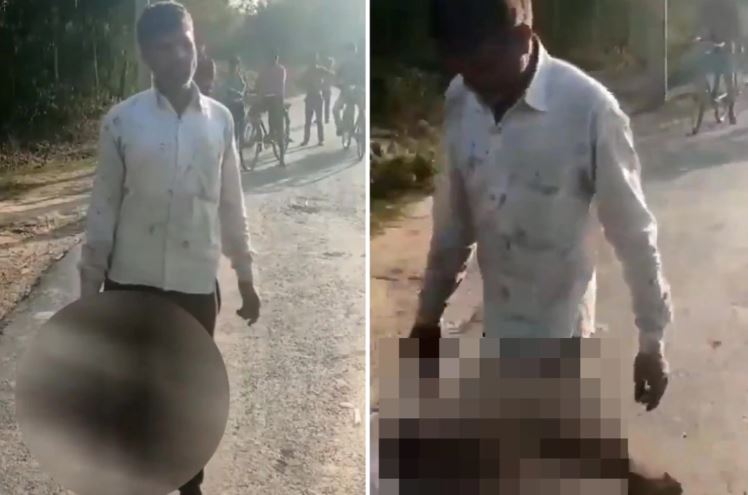 Indian father Sarvesh Kumar walked through the streets holding the severed head of his daughter.

A 17-year-old girl was beheaded by her father in the north Indian state of Uttar Pradesh after he expressed disapproval of the boy she was dating.

Known as an “honour killing”, the murder took place yesterday in the village of Pandetara, with passersby discovering Kumar walking towards police carrying the head of his daughter.

“I did it. There was no one else. I closed the latch and did it. The body is in the room”, he told police.

Kumar, whose wife was also arrested following the murder, claimed he would have killed her boyfriend too if he had found him.

Women and girls are sometimes attacked by family members for supposedly bringing shame on their loved ones, wth Uttar Pradesh recording the highest number of crimes against women in India in 2019.

The country has been grappling with a culture of sexual assault for some time, last year hanging four men who had brutally raped and murdered a 23-year-old medical student in New Delhi in 2012.

The 2012 case sparked a wave of protests throughout the country, but was quickly followed by another horrific attack when a 10-year-old girl was gang-raped, killed and her body thrown in a canal.