Housing: who wants a future of co-living, high-rise cramped spaces? 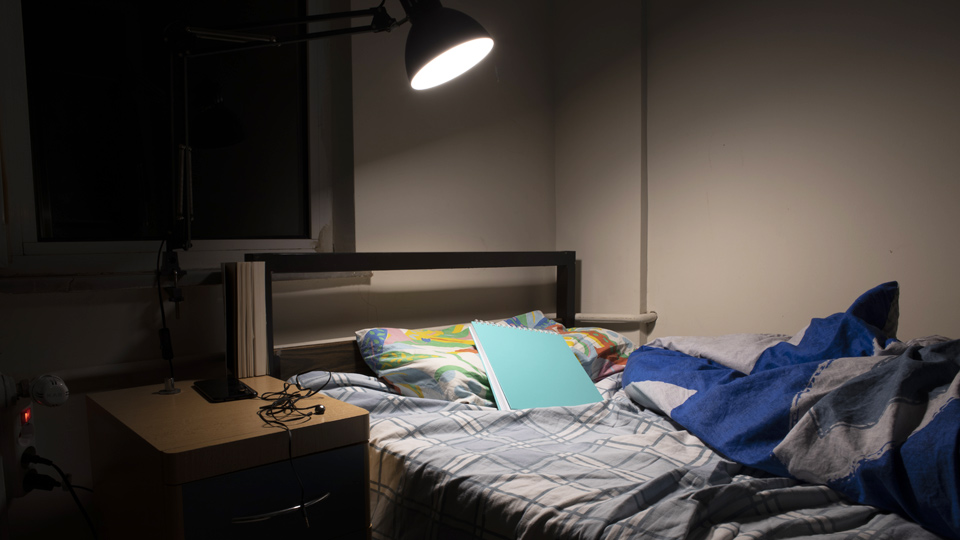 When former Housing Minister Eoghan Murphy came out in support of “co-living” apartment developments, he was not surprisingly subjected to widespread criticism. The notion that people would be paying high rents and not even be guaranteed their own cooking and bathroom facilities invited comparisons to older, but cheaper, tenement accommodation.

The backlash convinced his successor Darragh O’Brien to issue a change to planning guidelines in November last year which would mean that local authorities would reject any such planning applications by default. However, this was not to be applied retrospectively and it also provided developers with a one month’s grace period in which to bang in such proposals without becoming subject to the new order.

That is now coming to fruit as a plethora of mainly one bedroom apartment blocks are being approved either after an appeal or on initial application to An Bord Pleanála. This has evoked a considerable negative reaction, particularly from communities where such developments are to be situated.

Central to the whole concept of co-living is that they are being built to rent, with no provision for anyone to actually buy the apartments. By their very nature, they are targeted at a transient population – sometimes of high earners – who will most likely not stay for long. This doesn’t help to build social bonds or cohesive communities – even with the added dimension of social housing quotas.

It is not difficult to envisage what such accommodation blocks will be like in ten or fifteen years with such an unhealthy mix. It also begs the question of course as to where families are going to be housed, if it becomes even more difficult to purchase their own home, and if local authorities trend towards high rise as opposed to houses.

Some of the proposals give a flavour of the scale of what is going to happen. For example, the Hynes development on the Clonliffe College site will include 1600 apartments – two thirds of them single beds – with provision for a 17 storey block. Locals have pointed to the damaging impact this will have on what is a pleasant, well-established community.

Clonliffe Road of course will be known to many non-Dubs as one of the main arteries to Croke Park, and the entire area will be utterly transformed within a few years. The lockdown has led to the closure of all pubs, but apart from that some of the more iconic ones will never re-open and some like Quinns on Drumcondra Road are to be replaced by multi story build to rent apartments if the developer’s appeal is successful.

The low bar being set for these types of accommodation is indicated by the reasons given in overturning the previous refusal of permission for development company Bartra to build a ‘co-living’ 196 unit, mostly of one-bed rentals, on the site of Brady’s pub on the Navan Road.

Last December, Bartra Capital was granted planning permission for the €40 million, five-story proposal in spite of local objections. It is just one of four Bartra sites – the others being in Dún Laoghaire, Rathmines, Ballsbridge and Castleknock  – being developed as co-living schemes.

An Bord Pleannála did have one objection to the Navan Road scheme as originally planned by Bartra. The scheme originally included 14 ‘bed spaces’ in the basement – described by Senior Planning Inspector, Rónán O’Connor, as “highly questionable” and “a very poor standard of accommodation.”  Bartra was told to use the basement space for “recreational and leisure facilities” instead in order to ensure permission to build a scheme where as many people as legally possible can squashed into high-rises with a deficit of privacy.

The impotence of local authorities had in any event been indicated by the fact that the initial refusal by Fingal Council had been circumvented by reference to provisions under Strategic Housing Development criteria.

I would not normally be someone to cite former Labour leader Joan Burton as an authority but her description of the Navan Road proposal as “much closer to a hostel, boutique hotel or student dormitory” is pretty much an accurate picture of where it is planned to house a growing proportion of the population over the next decades.

That in itself of course raises the question of what is driving all of this. The current unprecedented physical and social reshaping of Dublin, virtually unimpeded by the lockdown, is not the consequence of the organic growth of urban centres as we have known it here. Indeed, Dublin seems to be on an even faster track than comparable European cities where such radical transformation has taken place on a more gradual timescale.

Some of those rightly objecting to the consequences of all of this, are blind to the logic of their own support for what lies at the root of it all. As Project 2040 makes crystal clear, and as all of the parties in Leinster House support, the population of the Republic is set to vastly increase, in greater part through immigration, over the next 50 years.

The demand for housing to meet this growth,  is going to be mainly met through multi-story apartments, and most of the developments are going to be built to rent complexes pre-purchased by overseas investment funds. Most of those who will take up the rentals will not be overly concerned by their nature or their social impact as they will have minimal contact with the communities in which they are placed, as is already evident in the Docklands for example, and many of these transient renters are not intending to be there for long.

It will be argued that this is necessary in order to sustain economic growth. But is it? And what type of growth and to whose benefit? As Google’s sleight of hand in moving over $75,000,000,000 in profits through the Irish state in 2019 as part of the tax avoidance scheme, and as the employment practises of the tech giants here illustrate, none of this is sustainable in any sense of what a sovereign state serving its citizens ought to achieving.

Another example of how proposals for high rise, one-bed rentals with shared spaces are jarring with local communities and businesses is the MM Capital plan to erect hundreds of single bed student units and build-to-rent apartments on the site of the Phibsborough Shopping Centre.

This is one of the schemes that managed to make it through before Darragh O’Brien’s new planning guidelines. It is also one of the consequences of the deal made in which Dublin City council bought Dalymount Park for €3.8 million in 2015.

Curiously, for a club that seems much preoccupied with constructing itself as a Woke vehicle embracing everything from illegal immigration to transgenderism, Bohemians appear to have little problem supporting the Phibsborough developers, MM Capital.

Despite local community groups describing the proposal as “hideous,” Bohemians FC in a press release welcomed the MM Capital project as helping to provide a “new civic space for the local community.” This year, their women’s soccer team is being sponsored by MM Capital, but the logo on the jersey will be that of a group helping the homeless., which seems a little odd. According to Bohs, MM Capital selflessly “took the decision to facilitate the club using the jersey to raise awareness for a good cause.”

Gript contacted Bohemians with several questions regarding their attitude to the MM Capital development, and regarding their sponsorship deal with that company. They have not as yet responded.

That is just one example of how special interests can force other considerations into the background. The same applies to some of the political representatives who are voicing their objections to Phibsborough and other developments. They are correct in their appraisal of the damaging impact on communities, but their own record either in government or as part of local authority majorities, would not inspire one with any confidence that they would do any better.

The stark reality is that anyone who supports the “vision” of Ireland as outlined in Project 2040 and as is supported by all of the main political parties, must accept that the logic of over dependence on low-tax tech corporations and mass immigration means that the type of housing that is being built is essential.

There is simply no way that proper sustainable communities with the required housing, transport, policing, educational, healthcare and other provisions will be possible in that scenario. In this instance you don’t solve the “housing crisis” by importing hundreds of thousands of people who need housing. This is not a proposition from Wittgenstein.

On the UK re-opening, the Irish media goes full propagandist.