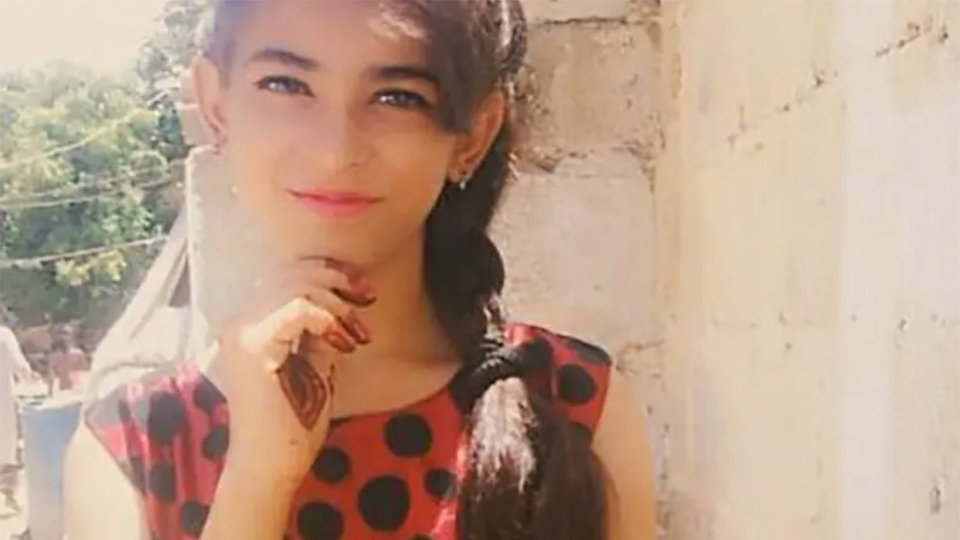 FEATURED IMAGE: Photograph of Arzoo Raja, courtesy of Aid to the Church in Need, U

Horrific news via the Catholic Herald and Aid to the Church in Need today. They report that “the Sindh High Court in Karachi, Pakistan, has validated the marriage of a 13-year-old Catholic girl to a Muslim man who abducted her.”

Thirteen year old Arzoo Raja had been kidnapped from outside her home on October 13th. As her family searched frantically, the police announced that they had been notified that Arzoo was 18 and that she had converted to Islam to marry her 44-year-old abductor, Ali Azhar.

The child’s horrified family were able to provide the police with an official birth certificate for their daughter showing she was 13. They also sought legal assistance from Aid to the Church in Need to challenge the marriage’s validity.

On October 27, however, the young girl appeared before the High Court and said that she had chosen to recite the Islamic proclamation of faith. To her families distress, the court then issued an order validating the marriage, ruling that the 13-year-old had consented to her conversion and marriage:

“The petitioner initially belonged to the Christian religion. However, after the passage of time, the petitioner understood and realized that Islam is a universal religion and she asked her parents and other family members to embrace Islam but they flatly refused,” the court said.

“Subsequently she accepted the religion of Islam before the religious person of Madressah Jamia Islamia. After embracing Islam, her new name is Arzoo Faatima; per learned counsel petitioner contracted her marriage to Azhar of her own free will and accord without duress and fear.”

The court also criticised the police for “harassing” Arzoo after her reported abduction and said that the authorities must now “provide protection to the newly wedded wife,” Aid to the Church in Need reports.

Polic escorted the young girl away with the Muslim family. Outside the court, her parents begged to see their daughter. “Arzoo, come to your mama,” her mother implored. “He will kill you.”

The young girl’s mother and father  both lost their jobs following their daughter’s abduction and they have reportedly received threats from the family of Ali Azhar, the Catholic Herald said.

Christians are a persecuted minority in Pakistan, a country which has long turned a blind eye to both violence against non-Muslims and the appalling mistreatment of young girls who are captured or forced into child marriage.

In February of this year a high court in Pakistan ruled that men can marry underage girls, under Sharia law – the religious law of Islam, overturning a  recent law forbidding child marriage.

The ruling was made on February 3 in the case of Huma Younus, a 14-year-old Catholic girl who was abducted, pressured to convert to Islam, and forced into child marriage.

US University: Take a “black studies” module, or don’t apply.