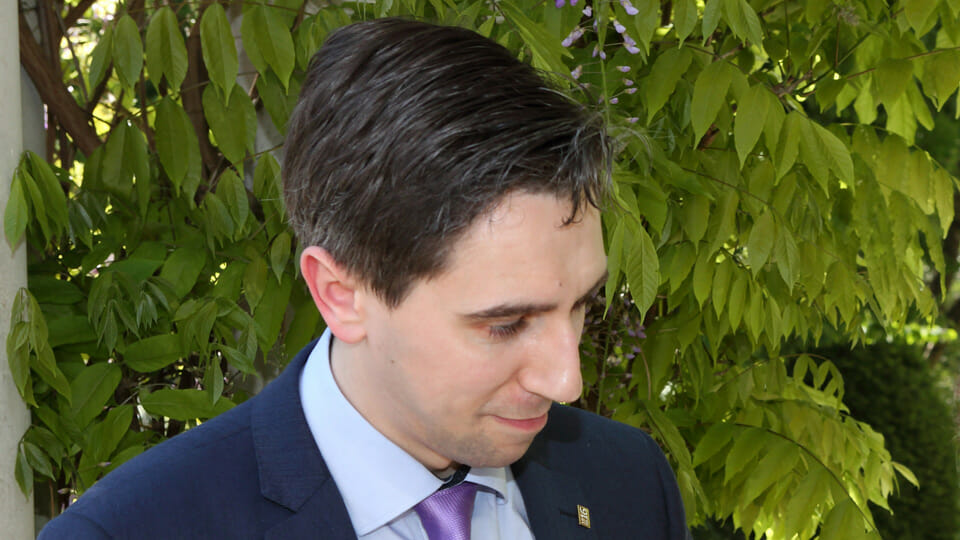 “The Dáil will return next week”, announced the Taoiseach this morning, which is slightly different from his position yesterday, which was that the Dáil might not, in fact, return next week, because Fine Gael is so ready for a General Election.

It’s good that the national parliament is returning for at least one more week, because it might give our politicians the chance to discuss this:

“The UL Hospitals Group has launched an investigation following the death of a patient after he was found with a broken neck on the ground next to his trolley.

The investigation will focus on the circumstances surrounding the fall at the Emergency Department at University Hospital Limerick (UL).

It is not clear at this stage if the man sustained the broken neck as a result of the fall from the trolley or if it was a previous injury.”

Emphasis added there, because as bad as it is that we have patients falling to their deaths from hospital trolleys, it might actually be worse that the hospital is leaving open the possibility that they admitted a patient and put him on a trolley without anybody noticing that he had a broken neck.

“A 81-year-old woman was found homeless and wandering the streets of Dublin streets on Thursday night after being discharged from hospital.

The woman was found, in a freezing and very distressed state, outside the GPO on O’Connell Street shortly after 9pm by a homeless volunteer who runs a soup kitchen for the homeless every Thursday night.

The woman was found by Irene Cody Murphy who immediately alerted two homeless charity workers from the Simon Community.

It is understood that none of the three could contact emergency services and as a result contacted former Dublin Lord Mayor and inner-city Independent councillor Christy Burke.”

Two days ago, the number of patients awaiting beds in Irish hospitals was 760:

“FOR TWO DAYS in a row, there were 760 patients waiting for hospital beds across Ireland and the current crisis is being exacerbated by the recruitment embargo within the HSE, the Irish Nurses and Midwives Organisation (INMO) has said.

The union also said that the current system for hiring new staff is causing delays of six months and more in filling new positions.

The number of patients on trolleys in Irish hospitals this week has broken records, with as many as 92 people waiting for a bed at University Hospital Limerick on Monday.”

Well, at least we know that’s down to 91, at maximum, now, because one of them died of a broken neck.

This particular week of carnage is being put down, as it so often is, to “peak flu season”. The amazing thing about peak flu season is that it happens every single year, and yet the health service never seems to be prepared for it. Which is one indicator that it’s not being managed very well.

Speaking of management, what has the Minister for Health been up to while all this has been going on?

This morning I have signed regulations to prohibit the use of bonus or loyalty card points to purchase alcohol products and curtailing promotions in relation to alcohol. Another key step in the Public Health Alcohol Act pic.twitter.com/yLGKaM2FKb

Well I, for one, feel healthier already. Don’t you?

It’s been quite a week for the Government, all told. First, they managed to focus the attention of the entire nation on the question of whether they deeply respected the Black and Tans, of all people, or whether the Black and Tans were, you know, just alright, nothing special.

Now they’ve managed to spotlight a health service that is so bad that it cannot figure out whether someone in a hospital died from a broken neck from falling from a trolley, or whether he had a broken neck already and nobody noticed.

Is it just possible that it is occurring to Varadkar and Harris that an election might not be the super idea they thought it was a week ago?

Every election, of course, features rows about healthcare. Every election features claims that the health system is in crisis, and badly managed. Usually, those claims have some basis in truth, but are overblown. This time, they might actually be being understated.

There will be a motion of confidence in Minister Harris in the Dáil next week. Anyone who votes confidence in him is, not to put too fine a point on it, unfit for office.

Bishop tells politicians that Mass is ‘utterly essential’ despite lockdown