Feminists should stop talking women down 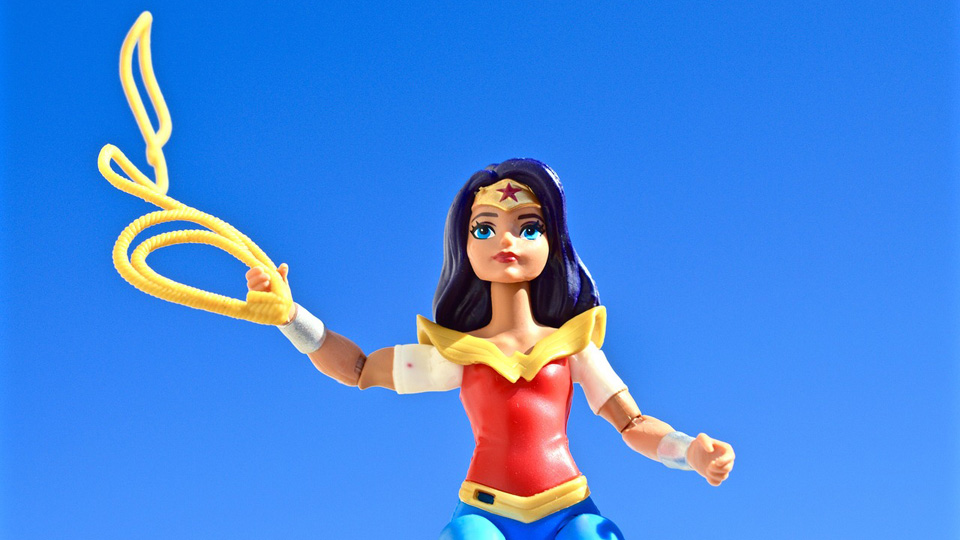 What will it take for modern feminists to give women some credit? Could they quit putting their own gender down for once and celebrate how great we are?

Today’s feminists do us all a disservice by denying our achievements and successes to paint us as the underdog sex. You’d be forgiven for thinking we were a bunch of incapables. No strong woman would ever turn victory into victimhood. No wonder their militant brand of bitter-pill feminism is such a turn-off for ordinary women. It’s embarrassing to be associated with whining and offence from radicals so primed for grievance, they need professional help.

They tell anyone who will listen about how oppressed we are, and how it is all men’s fault. It’s the new smelling salts: women used to reach for them to deal with men’s vulgarities and now they just bleat about it constantly

We don’t live in a patriarchal society, yet if you say that it’s blasphemy. It’s almost as if they want to live in one, if only to moan about it.

According to their poor-mouth narrative, we’re the losers: so badly behind we need quotas and grants and pity prizes to catch up. Does it not get exhausting, the constant negativity? I find I get on better if I don’t view everything with a gynocentric lens. And why so preoccupied with men? I give them as little thought as possible and focus on my own progress.

The frequently portray women as weak, under-achieved and simply, not as good as men in many arenas. How insulting is that?

The good news is: it’s total BS. Or “posh, privileged tripe” as academic and author Dr Joanna Williams has described today’s feminism, which is largely the crusade of middle-class morons with too much time on their hands, and the elites of media, politics and academia. I’ve yet to meet another working-class woman who buys this counterproductive conspiracy theory that requires believing men are collectively engaged in keeping women down.

Yet the message is an endless barrage of reports unmoored from reality: women are afraid to take the bus (no they’re not), we need more women in journalism (when there are more female graduates than male), or childcare costs are keeping women out of the workplace (when a bigger issue is the mothers forced to work who can’t afford not to – two-thirds would stay at home, given the choice according a recent Irish study.)

Take the Leaving Cert results, which found girls outperformed boys all round: sitting significantly more higher level papers and scoring more top grades. Yet we didn’t hear a word about this particular gender gap – is it too positive?

Indignant reports on the lack of women in music distort the truth and undermine the talent of so many female artists. Despite all evidence to the contrary, we’re supposed to believe that women are so chronically under-represented in the music industry that they need their own “girls-only” festival, HearHer, in the UK, where meritocracy is less important than being in possession of a vagina.

Personally, it sounds horrific: like sex-segregated socialising. Most of Ireland’s high-profile feminists went to all-girls convent schools, so maybe it will be their kind of thing.

This supposed gender imbalance in music is a falsehood. As Baz Halpin, the Irish concert creator who has worked with Rihanna, Lady Gaga, Beyonce, Katy Perry and Pink, says: “There are more female popstars that male, that’s the metrics of it.”

It’s a myth that suits privileged pop stars who aren’t doing as well as they’d like, and need a gimmick to get people to go to their gigs.

Women have always been huge in the industry – from Janis Joplin and Joni Mitchell to Kate Bush, Whitney Houston, Mariah Carey and Madonna  – and never more so than now, with the charts dominated by an endless lists including Ariana Grande, Taylor Swift, Adele, Billie Eilish and Miley Cyrus. Like what are you actually talking about?

But instead of focusing on women’s absolute domination of the industry, they bemoan the fact that two-thirds of concert line-ups are male. We’re meant to interpret this tiny, cherry-picked statistic as ingrained sexism: but it’s not. It’s simple arithmetic – most bands are male, with women more likely to go solo.

We’re buying into here in Ireland, with a special all-girls comedy night at the Electric Picnic. As though there was some invisible professional bar preventing women going into comedy and we desperately need single sex line-ups. Women are funny – they don’t need charity laughs. It’s like something from the 1950s, where men stood at one side of the hall and women at the other. Cop on.

Women in sport too are determined to overshadow their success with stories of being held down by the patriarchy. Soccer star Megan Rapinoe – who led the USA to glory in this year’s hugely-popular Women’s World Cup – chose to criticise rather than celebrate.

Why was she was even thinking about men after bringing the women’s game to a worldwide audience with record-breaking viewership figures?
Instead of focusing on female achievement, Megan told how she learned from a young age: “how women always have to fight for equality”. Thing is, she doesn’t actually believe in equality itself, saying men should take a few hundred years off and let women run the world. Her message is more one of division, with women superior and men subservient. That’s proselytising, not progress.

Let’s look at the good news:

Women are outnumbering men in every profession from medicine to law, but you’ll never hear about these victories. There is NO gender pay gap for Irish young women– it’s hovering at 0% for those aged 30 and under, according to CSO statistics.Feminists should be cheering this – but they don’t, because it strips them of their last remaining gripe.

We are the ones who bring life into the world and shape and raise the next generation. We do all this, often – like in my own case – while juggling a full-time job. Female mental strength is one of the most powerful forces there is, from Joan of Arc onwards.

Women have broken all barriers in a short few decades. Not recognising these huge advances for women is disingenuous and uses an ingrained grievance complex to get a leg-up. We don’t need it.

Those women who constantly put women down for some kind of hollow schoolyard victory over men are in fact feminism’s worst enemy. It is feminists who use the phrase: “If you can’t see it, you can’t be it” to explain how we need women footballers and firefighters to let little girls know they can be one too. Fine.

But by that token, don’t constantly tell the next generation of women that their future is to be oppressed, harassed, paid less. That is a harmful lie.

Seneca Falls – the first women’s rights convention in 1848 – involved both men and women and men actively participated in it. It’s worth remembering how we worked together historically to ensure women’s progress. Misandrism was not a feature.

It’s time we took pride in our successes. It’s time we became our own cheerleaders, and no longer allow ourselves to be represented by those who want rewards for playing victim.

Empowered feminists who value freedom and justice don’t want to get head-starts on the basis of biology – all we ask for is a fair field and no favours.

Give women the credit they deserve.

Larissa Nolan is a journalist and commentator. She is a critic of victimhood culture, identity politics, modern feminism and the #MeToo movement, and is a supporter of civil liberties. She has worked in national newspapers in Ireland for more than 20 years and is a regular contributor on radio/television talk shows and public debating panels.