Foucault child-sex allegations should shock, but not surprise us 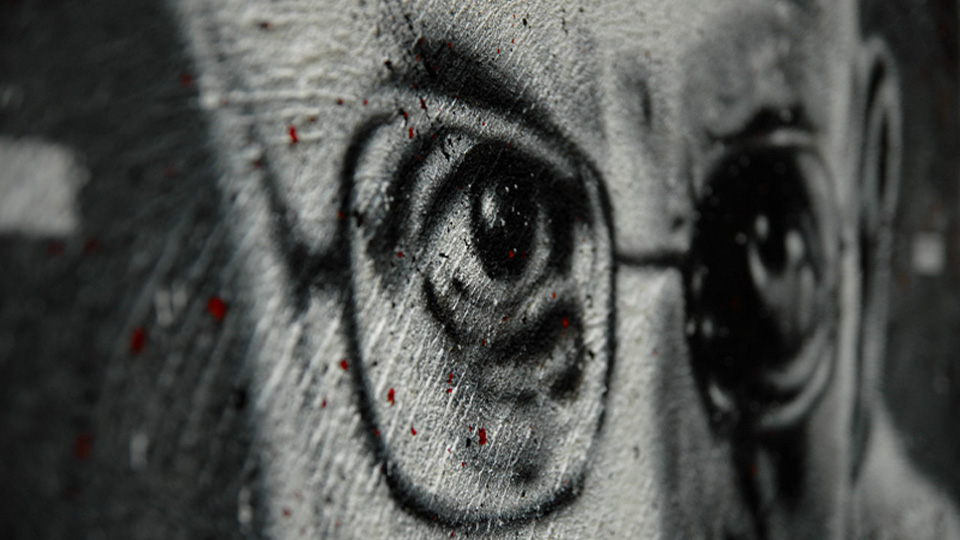 The allegations that the French philosopher Michel Foucault – who has been long admired and oft-quoted by the liberal left in Ireland – repeatedly raped pre-pubescent boys in Tunisia during his time as a lecturer there in the late 1960s have raised serious concerns in his native country.

Another French writer Guy Sorman claims to have witnessed Foucault’s behaviour and has repeated this in last Sunday’s edition of the Times. Sorman, who regrets not having reported this at the time, also insists that Foucault’s proclivities were well known but that his status as a “philosopher king” provided him with immunity.

Foucault is not the first French intellectual or public figure to have been named in relation to child abuse. The icon of the 1968 Parisian student revolt, Danny Cohn-Bendit, came under scrutiny over his own admissions of improper sexual contact with girls as young as 5, but not only survived as a Green Party MEP, but was later honoured by the European Parliament in 2016.

That was not altogether surprising in the light of the shameful history of leading French intellectuals in the post World War II period when they were among the most abject sycophants of Stalinism. One of the leading offenders in that regard, Sartre, had joined with leading stars of the new left including Foucault, Derrida and Barthes in signing a 1977 petition calling for a change in French law that would “acknowledge the right of children and adolescents to have relations with whomever they choose.” Foucault and others on the left also campaigned for the released of convicted paedophiles.

That such objectionable people should have been held in such high regard is hardly surprising given that excruciatingly boring Louis Althusser, who abandoned the Communist Party of France for Maoism in the 1960s, did not face criminal charges after strangling his wife to death in 1980.

Now, the left is similarly either ignoring or excusing the allegations against Foucault. Those few who have put their head above the parapet have implied that even if true, that Foucault’s writings ought not to be judged in the light of his personal actions. Which is of course deeply ironic given that his followers are in the vanguard of the academic and media censorship and suppression of ideas which they dislike.

One awaits with interest what some of Foucault’s Irish devotees such as those who participated in a Royal Irish Academy conference on ‘Foucault in Ireland’ have to say about him now.

Many leftists who pay homage to Foucault are like most faddish “Marxists” in most likely not having more knowledge of either Foucault or Marx apart from a few badly digested quotes or through the archaeology of some “social sciences” lecture notes.

Anyone who has read and understood Foucault will recognise that while there is historical value in his earlier research into prisons and asylums – books that he was inclined to disparage in his later years – that the conclusions which Foucault and others drew from all of that, and particularly from his later writings, are exactly the opposite to any humanist project imagined by many on the liberal-left.

There is a vast array of examples of how Foucault’s pernicious influence has spread way beyond the “tenured radicals” into broader society. His followers in academia, the media and politics are consciously or unconsciously part of an attempt to destroy the foundations of western civilization.

Part of that is not only cultural and moral relativism, but the scientific distortions that underlie the ideology of transgenderism. That this is currently one of the main totems of the left, along with the attempt to racialize politics, has nothing to do with any real concern for the tiny numbers of people suffering from gender dysphoria or the even more minute clinical cases of persons born with ambiguous sexual characteristics.

There is also the fact that much of the work inspired by Foucault and his contemporaries like Deleuze and Lacan is unadulterated gibberish. There are some indeed who argue that the entire edifice of French post modernism and its offshoots is part of a giant cynical fraud. That was partly proven when Alan Sokol succeeded in having the post-modernist journal Social Text publish a paper entitled ‘Transgressing the boundaries: Towards a transformative hermeneutics of quantum gravity.’

The article consisted of meaningless jargon and made up references which managed to escape the notice of its illustrious editorial collective. Sokol and Jean Bricmont later published a book which demolished the pretentions of Foucauldian relativism and of much of “social science” to any intellectual let alone scientific value.

Even prior to this, Roger Kimball had alluded to Foucault’s “addiction to sadomasochistic sexual practises” which he had intellectualised into a “courageous new form of virtue.” Although writing from a conservative perspective, Kimball shared with the occasional voice on the left the suspicion that Foucault and his followers had elevated individualistic sexual behaviour often of an abusive or exploitative nature, into some sort of “revolutionary activity.” Which of course flies in the face of any older left conception of “the commons,” not to mention basic human decency.

Foucault’s amoralism even placed him at odds with the other guru of the new left, Noam Chomsky,  who Foucault succeeded in making appear reasonable during the course of a television debate when he poured scorn on Chomsky’s insistence that humans ought to be “sensitive and responsible.” On the contrary, said Foucault, the class struggle was about power, and power as he had demonstrated was ultimately about degradation, humiliation and torture. Preferably on a mass scale, which is what attracted Foucault to the Chinese Cultural Revolution.

While some on the left used to claim that Foucault’s obsession with all of that was in order to uncover the “archaeology of power” and class power with a view to creating a better world, that seems increasingly less the case. The celebrations of the legalisation of abortion, the bacchanalia of the antifa riots in America, the burning of churches in Chile, and the veneration of criminals who make no pretence to political motivation suggest that the left has to a great extent fully embraced now the logic of the poison released by Foucault and pioneered by Herbert Marcuse the originator of leftist identity politics.

Guido Preparata in his book The Ideology of Tyranny traced the roots of Foucault’s deviancy not to any putative values of a humanistic Enlightenment, but through the writings of Georges Bataille with whom Preparata claimed Foucault shared the common objective to “weaken the bonds of compassion that, in his view, tenuously held society together.”

By undermining received values built up over millennia of human experience, and by replacing history and culture which springs from all of that with subjective “stories” and “emotional truths” or simply lies; the driving force becomes a “sneering relativism” whose “ultimate target is unmistakably the belief in the good.”
Foucault elevated common criminality into a virtue, and described criminal acts as a “political instrument that shall eventually be as precious for the liberation of our society as it has been for the emancipation of the blacks.”

Ponder that for a moment. Consider what it says about the Foucauldian view of American black people. Do they consider them all to be of the same character as the criminals who since the unspeakable George Jackson they have elevated into revolutionary icons? And what of the predominantly black victims of those criminals who have to live among them as prey in the hell holes of south Chicago and Baltimore?

We have the same phenomenon here of course, and promoted by the same sort of deracinated leftists who have no connection whatsoever with what motivated James Connolly for example. Hence their egregious identification of all working class Dubs with the criminals who infest their communities, and likewise with Travellers and indeed with black Africans who live here.

That is based fundamentally on a contempt for those who the bourgeois left consider to be its clients, lucratively so when it comes to the Woke legal cabal. It also shares with Foucault the ideological justification and defence of criminality and deviancy as part of some “project for liberation.” Just so long as it doesn’t get too close to the folk’s gaff in Goatstown, obviously.

At the end of the day, it is almost irrelevant whether the charges against Foucault are verified. The French left has a long history of protecting its own as has been proven in the case of ‘Danny the Red’ and others. More to the point, should anyone be surprised if it does turn out that Foucault was a child rapist?
Foucauldian amoral relativism does what it says on the tin – which is why his influence has come to be so strong among a political current that has long since lost any conception of justice or decency.

7 ways Belgium didn’t even follow its own euthanasia law

After tens of thousands of Covid care home deaths, have we learned to care about the elderly?

For many in the middle east, “President Biden” sparks fear of a return to war