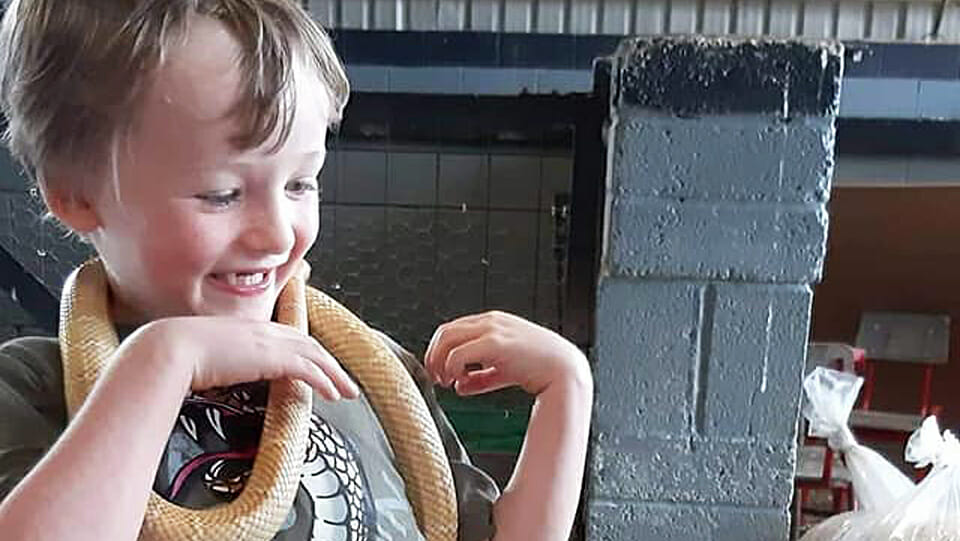 My 6 year-old son has autism and spiky blond hair which won’t stay flat. He loves dinosaurs, and he says he’d rather be cute than strong.

He’s a divil, like most kids his age, for eating cake and bouncing on beds, and he has a strange fascination with peeling onions. He can’t see an onion or garlic without peeling every layer off every cloveMost of all, he loves chasing, so luckily he has cousins galore to run around with, and who love him to bits like we do, just as he is.

That doesn’t mean we’re blind to the difficulties he faces, or that, like every other family whose child has autism, we don’t sometimes feel utterly exhausted by the endless struggle to get him the help and support he needs.

Catherine Noone’s comments upset me. They made me feel angry, because they reflect the reality that countless parents face every day as they wait desperately for services for their children.

The Taoiseach may have found her apology “good enough” but I didn’t, nor did all the families I saw expressing their hurt and disbelief on social media and in autism groups.

There has been nothing remotely “good enough” from this government when it comes to children with additional needs, or their carers. In fact, this government has failed us drastically.

We don’t want empty and meaningless apologies. Catherine Noone seemed only to be sorry that she might have offended her boss. Using ‘autistic’ as a derogative remark is appalling and it is offensive. My son was born with autism, its part of what he is, yet the term was used as an insult as if people with autism are lesser human beings. That hurts.

That has real and damaging effects on our children and our families.

My little boy was diagnosed with autism, sensory processing disorder, and a mild intellectual disability at age 4. Incredibly, he was waiting for this diagnosis for over a year and a half after his referral for an assessment of need from the HSE.

According to government legislation, the limit on this processing time is supposed to be 9 months for preschool children, but the reality is so far removed from this aspiration it seems like some sort of twisted joke.

The assessment of needs was excellent: it listed all of the help my son would need going forward, from speech and language therapy through to physio and occupational therapy for his under-developed arms and hands; right through to physcology and behaviour therapies.

It was quite a thorough list; and although the diagnosis itself was upsetting, it gave me hope that there was light at the end of the tunnel for my beautiful boy.

That’s when I found out we were on our own.Having (finally) carried out the assessment of needs and diagnosis, the HSE is not obliged – and often not willing – to give the therapies required.They did however offer us parent-only courses. Lots of them!  And even a course for the siblings, but nothing that actually involved meeting my son and offering him therapy.

I went to some of the courses for parents. I had to take time off work because they were all during working hours, never in the evenings or on a Saturday. Some parents came from two counties away to attend and most couldn’t attend all classes. It was frustrating, and didn’t offer much in the way of solutions or hope.

After a lot of badergring – and I mean I called his keyworker daily – my boy was eventually added to a motor monkeys group. This was a group of 6 to 10 children different ages – with different types of autism, and different levels of noise sensitivity –  with their parents and an OT at the top of the room giving out instruction. It was noisy and loud, and my son got so upset and anxious that we couldn’t even complete the course.

I decided enough was enough, We were going to have to do it alone.We started by getting a tutor (she was a real Godsend), and with her help we learned about how to privately obtain services.

Speech and language is €90 per session. Occupational Therapy is €100 per session – and you must commit to 10 sessions, and missed sessions are still charged.

Behaviour Therapy costs €300 for initial assessment, and €150 per session thereafter.

We also had to find an additional €100 per week for our amazing tutor (4 hours) and I know that was a reduced rate – she was doing it because she had developed a special bond with our little boy.

That’s not to mention the money we spent on home equipment a child with sensory needs requires: a vibration plate, a swing, special cushion for his chair, a spinning chair, etc. Like so many other ordinary families, finding the additional money was really tough.

The most hurtful thing about all of this was that we had to discover all this ourselves. Once we searched we found so, so, many parents who had struggled through the same mess and decided that the only way to help their child was to do it themselves.

Everyone knows that early intervention makes a huge difference for our kids, but the government clearly don’t care about that. Instead, their party has reps using the word ‘autistic’ as an insult.

Our son exited the pre-school autism team at age six and a half (he was allowed an extra 6 months because of the delay in his assessment) having received next to useless interaction. To add insult to injury he has now been referred on to a school-age team who have informed us by letter that there is a 48 month waiting list for an Assessment of Needs. So sometime during the next-next government… maybe!

The past two days I have looked back at the Facebook pages of some of the groups I discovered when trying to find help for my son. It’s not a surprise that none of them are as quick to overlook Senator Noone’s comments as Leo Varadkar was. People are upset and angry because what she said is actually an indication of the contempt they suspect the government has for us and for our children.

Leo Varadkar and Simon Harris should be making their own apologies: to my little boy and to many more like him. To the children in pain because they can’t get scoliosis treatment, to the families who feel they have been abandoned by this government – and no, it doesn’t matter how early we get up in the morning, making a life for your children who you love to the moon and back can be an exhausting struggle when you don’t get the support you need.