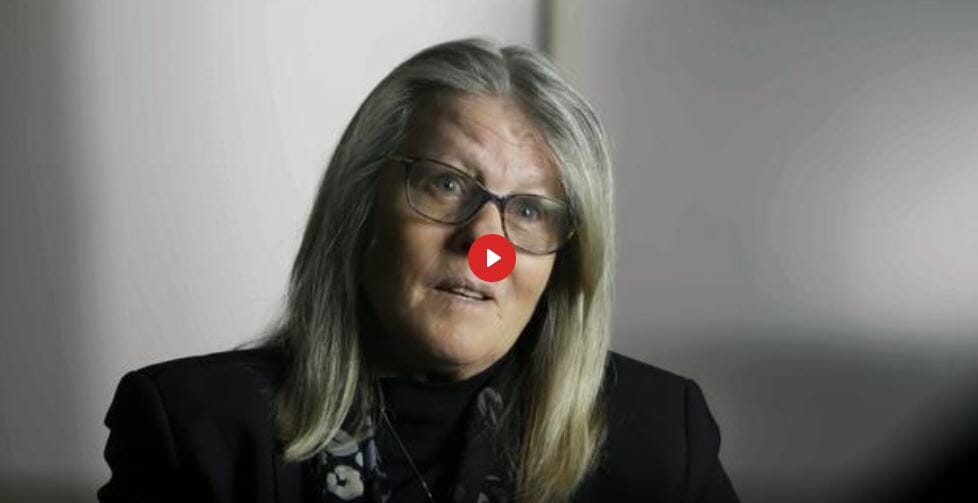 On the one hand, obviously they took it down. It’s complete nonsense.

Of course, on the other hand, when you run to delete stuff like this, it just makes people believe it more. If I had a penny for every time I get a message with “watch now before they delete it”, I could retire comfortably.

The thing itself is a fairly extraordinary 25-minute interview with an unassuming molecular biologist and medical researcher, Dr. Judy Mikovits, in which she makes a series of significant and patently absurd claims not only about the origins of Covid-19, but also about the alleged motivations and errors of key figures in the global response, such as Anthony Fauci and Bill Gates.

She insists that RNA vaccines, for viruses such as influenza and Covid-19, are useless because of mutations, and that most people will have to build immunity to Covid-19 naturally, through exposure. There’s a point to that in the science – it’s why there’s a new flu vaccine every year. But as a diabetic who gets the flu vaccine every year, let me assure you: The idea that it “doesn’t work” is ludicrous, and dangerous nonsense. If you start believing that kind of thing, then you’re mad.

What the documentary doesn’t tell you is this: Mikovits is not a credible messenger.

In the video, Mikovits — a molecular biologist described by some sites as an anti-vaxxer — tells filmmaker Mikki Willis that she was thrown in jail and placed under a gag order to silence her research suggesting a retrovirus known as xenotropic murine leukemia virus-related virus (XMRV) may be a cause for Chronic Fatigue Syndrome (CFS). She published a since discredited paper in 2009 and suggested the deadly virus was being delivered through vaccines.

The journal Science retracted her paper two years later over concerns about its methodology and failed attempts to replicate the study. She was fired three months later from the Whittemore Peterson Institute.

According to KRNV, she was arrested in 2011 for allegedly stealing computer items and notebooks from WPI, a nonprofit organization at the University of Nevada. The criminal charges were later dropped.

According to Snopes, WPI also won a restraining order forbidding her from “destroying, deleting, or altering” any related files or data. Snopes did not evaluate all of Mikovits’ claims, but the fact-checking website said her claims about why she was jailed were “false.”

Of course, if you’re minded to believe her already, none of that is likely to convince you, and is probably just evidence that they’ve been trying to silence her for years. But come on:

Mikovits also claimed in her 2014 book, “Plague: One Scientist’s Intrepid Search for the Truth about Human Retroviruses and Chronic Fatigue Syndrome (ME/CFS), Autism, and Other Diseases,” that Fauci threatened in an email to have her arrested if she set foot on National Institutes of Health property to participate in a study by Dr. Frank Ruscetti attempting to validate her work.

“I have no idea what she is talking about,” Fauci told Snopes. “I can categorically state that I have never sent such an e-mail to Dr. Ruscetti. I had my IT people here at NIH search all my e-mails and no such e-mail exists. Having said that, I would never make such a statement in an e-mail that anyone ‘would be immediately arrested’ if they stepped foot on NIH property.”

That’s fairly simple: Why has she never produced such an email? Because she hasn’t, you know. And if she lied about Fauci once, why isn’t she lying about him now?

Who are you going to trust, your family GP, or someone with this kind of record.

Despite the best attempts of the aforementioned YouTube, as well as Facebook, Twitter and Vimeo, to remove uploads of the video, “The Plandemic” clip has been viewed millions of times on multiple platforms.

YouTube has removed the video because it violates the platform’s community guidelines, which inform users that information contrary to the WHO guidelines on Covid-19 could be dangerous and will be taken down.

Of course, that, too, is complete nonsense. The freedom to believe that big corporations are profiting from Covid 19, and the freedom to say so, are fairly integral to a free society, something Youtube exists, in theory, to facilitate. You can’t say “it’s forbidden to disagree with the WHO”, because, well, it’s not, and shouldn’t be.

The real problem, of course, is that this is a conspiracy theory, unprovable, and undisprovable, by it’s very nature. If people want to believe that Dr. Anthony Fauci is in league with big pharma to kill loads of people just to make a few quid, neither you, nor I, or anyone else is going to dissuade them from that absolute nonsense. And when you ban videos saying so, it just makes them think that you are in league with the cabal, or whatever other boogeyman they’ve invented in their minds.

Leave it up. People will be much less interested in it if you’re not constantly trying to delete it.

WHERE is the outcry? A child was arrested in Saudi Arabia for attending a protest – now he might be put to death by crucifixion.