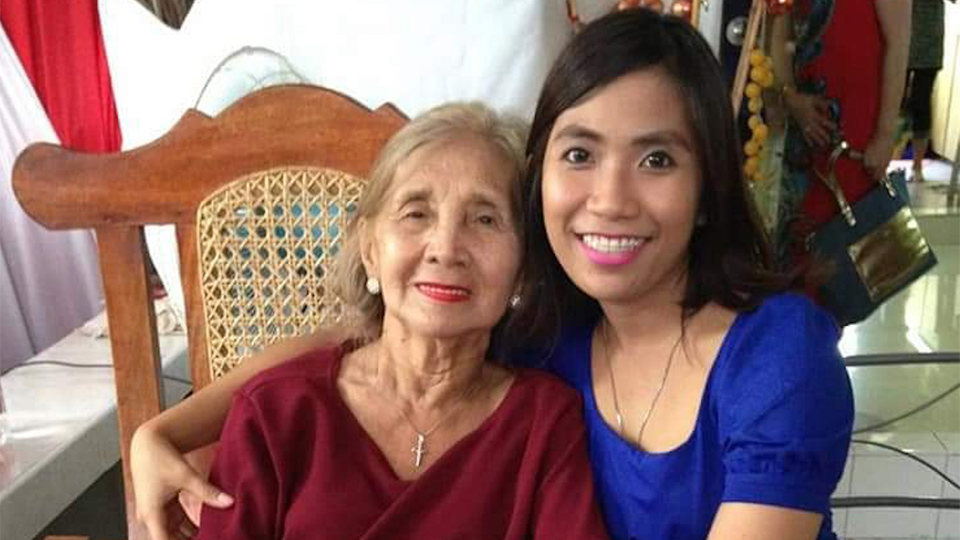 “You matter because of who you are. You matter to the last moment of your life, and we will do all we can, not only to help you die peacefully, but also to live until you die.”
Dame Cicely Saunders, founder of the first modern hospice

My name is Dona Marie. I am a Filipina registered nurse and engaged to a Limerickman. I was shocked to read an article in the Limerick local media in which Vicky Phelan presents a distorted view of the bill on euthanasia or assisted suicide, recently introduced in the Dail by Gino Kenny. From the perspective of a practising nurse and drawing on my personal experience, I wish to strongly refute any notion that this bill has anything to do with its misleading title, “dying with dignity.”

Filipinos in Ireland are largely migrant workers in the healthcare sector. I have worked in hospitals and clinics and have dealt with all sorts of patients: young and old, from all walks of life.  Being a nurse also enabled me to care for my loved ones. One very significant experience that I had as a nurse was when I took care of my dying grandmother. I have fond memories of the strong, beautiful woman she was. We, her grandchildren (all 30 plus of us), affectionately called her “Inay”, a Tagalog term for mother. 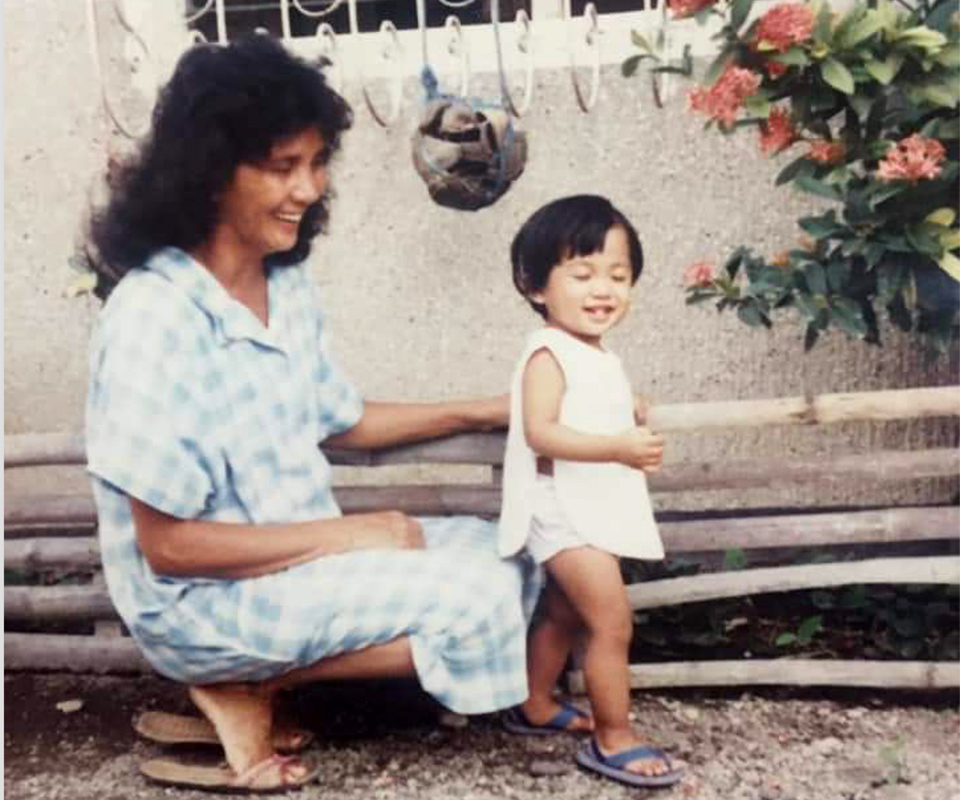 A younger Maxima and Dona Marie

Inay had diabetes mellitus which eventually took over her body, making her bedridden. She soon developed dementia-like symptoms.  She was in and out of the hospital, thankfully the one where I was nursing. After my shift, I would drop by her room and make sure that she was okay.

The day came when the doctors told us that there was no more hope. Her lungs were filling up with fluids because her kidneys were no longer functioning properly. With broken hearts yet strong resolve, which we got from our Inay, her children and grandchildren took her home. We, the family, decided that we would shower her with love, care and attention during the last days of her life. Never did we think of ending her life or hastening her death, no matter how inevitable it seemed.

Lo and behold, Inay got better! As a nurse, I could not explain it but, despite her poor prognosis, she lived for another five months. Imagine if we had decided to end her life when the doctor told us there was no more hope! And during those months that she got better, a great grandson was born. Though frail and sickly, she was still able to hold her great grandson in her arms. I was the one who administered her medications and injections. For a while, things seemed to be okay.

In time, though, her physical condition worsened. Her breathing was laboured. She could no longer eat. We could not administer IV fluids because her veins were rupturing already. Of course, there was no way she could undergo dialysis. We, as a family, braced ourselves for the inevitable.

That day, I sang to her the song that was a favourite of her and my late grandfather. And by some miracle she opened her eyes for a bit. I am a nurse and am used to patients dying. But this was my grandmother. Frail and sickly as she was, she was still a person: my grandmother who had taught me how to say the Rosary. She closed her eyes again. We told her we loved her again and again.

Not once did we think of hastening her death. It wasn’t for selfish reasons. We were letting go. Letting go was a process, letting our loved one know for the last time that she was loved and cared for beyond measure. We were saying goodbye.

As the nurse, I was the one who had to announce to everybody that she no longer had a pulse. Until the end, we relied on care and medicine to ease physical pain. Fear was dissolved with words of assurance and love. This is what dying with dignity is all about. Dying with dignity is not about administering poison to a loved-one because she is in pain. Administer love, not poison. 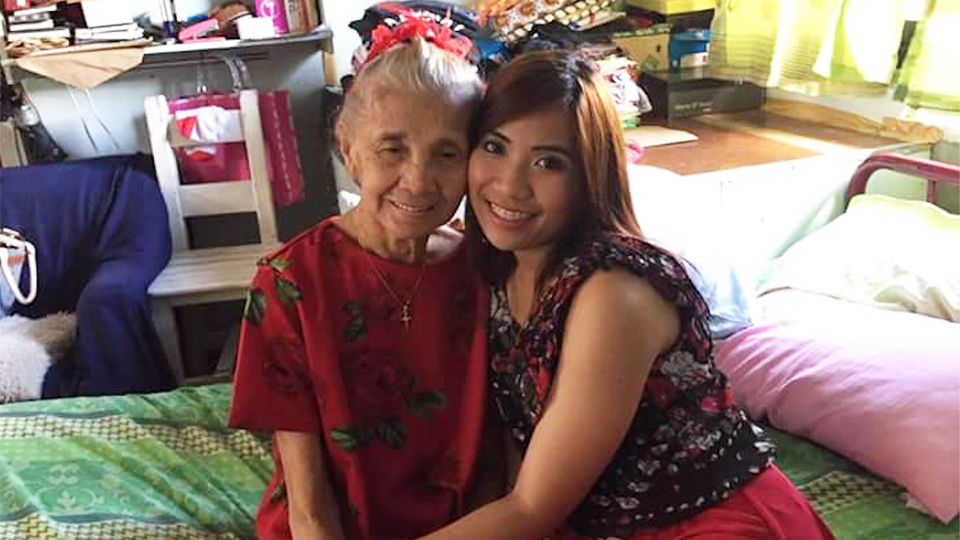 One of the areas I hope to work in as a nurse in Ireland is in palliative care. According to cancer.org, “Hospice care is a special kind of care that focuses on the quality of life for people and their caregivers who are experiencing an advanced, life-limiting illness. Hospice care provides compassionate care for people in the last phases of incurable disease so that they may live as fully and comfortably as possible. The hospice philosophy accepts death as the final stage of life: it affirms life, but does not try to hasten or postpone death.”

I listened with interest to a Radio interview on Friday 13 November with Dr Faith Cranfield, Palliative Medicine Consultant at St Francis Hospice and Connolly Hospital. I heard her speak about the hugely destructive impact that the so-called “Dying with Dignity” bill would have on the doctor-patient relationship. She spoke of other countries’ experience of “the slippery slope.” Euthanasia starts with the very few but then more and more people avail of it and the primary reason for doing so is “the fear of being a burden”! I agree with Dr Cranfield and I am so thankful that such legislation was not in my country and that my Inay could never experience that fear. I agree with Dr Cranfield that our response to distress should be to put in more support for those who fear death. It ought not be to assist in suicide.

One of the attractions for me as a nurse intending to serve in Ireland is the long tradition here of respect for the older person and the reverential process of accompanying those who are ill throughout all stages of illness. If I am privileged to nurse in a palliative care setting in Ireland, as things stand, I can use the gifts of medicine, now extremely advanced, to take away pain and to offer the human reassurance that there is no need for fear. That is what hospice and palliative care in Ireland has always stood for. That is real dignity. We must reject this bill. 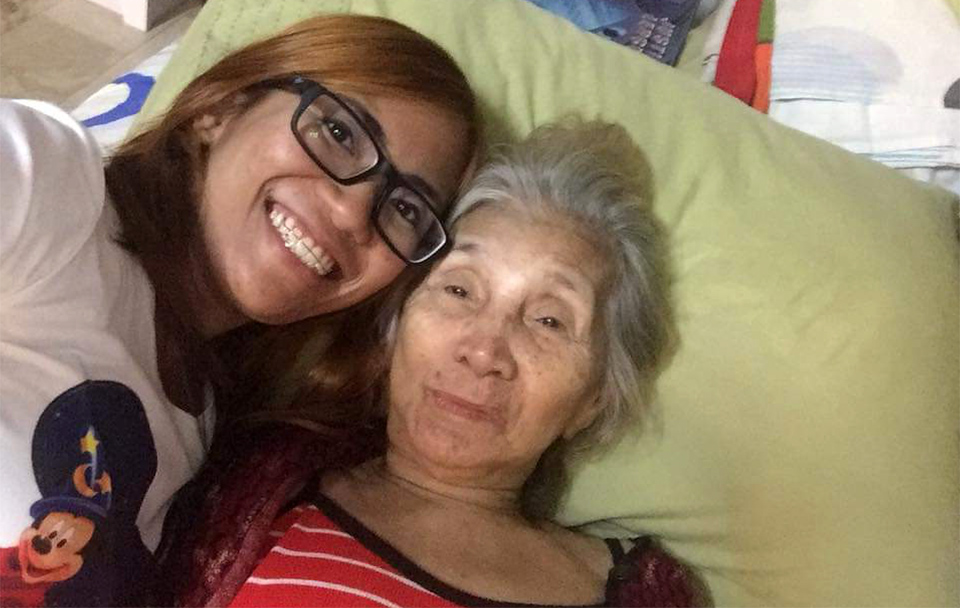 “The hospice philosophy accepts death as the final stage of life: it affirms life, but does not try to hasten or postpone death.”