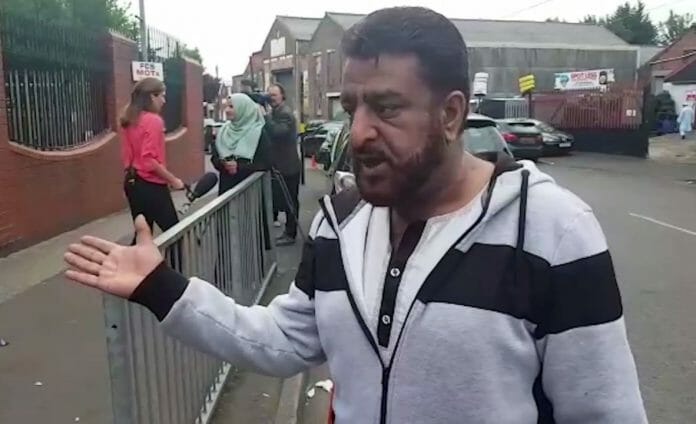 A Birmingham father who took his son out of school for months because of a dispute about LGBT lessons now faces the possibility of fines and jail for his actions.

Jabar Hussain (51) could be fined as much as £2,500 and risks a three-month jail sentence for his failure to ensure his son (9) attended Parkfield Community School, a decision taken by Hussain because of the school’s “No Outsiders” programme on LGBT issues.

Mr. Hussain claims the programme is incompatible with his rights and Muslim faith, and that the course would cause gender confusion among students, thereby posing a “safeguarding risk”.

Birmingham City Council are now bringing a prosecution against Hussain, but the father’s lawyer, Paul Conrathe, claims that the prosecution “criminalises him for not submitting to teaching in breach of his rights.”

According to Hussain, the “No Outsiders” programme promotes transgenderism and homosexuality, with Mr. Hussain reportedly stating that he doesn’t want his son being told “it’s ok to be gay.”

At a protest outside the school last year, Hussain told BirminghamLive that protestors were not against “anyone expressing their sexuality or being homosexual if that’s what they want.”

“We have no issue if Mr Moffat (the former assistant head of the school and programme creator) wants to put on a dress, or dance around like a ballet dancer, or put on a skirt, we have no issue. We have an issue with teaching that nonsense to our kids.”

In a letter to Birmingham City Council, Hussain claims that gender identity is not a protected characteristic under the Equality Act 2010, contrary to the programme’s claims, and that the programme would teach children that it’s “good” to be transgender.

Mr. Hussain’s legal challenge includes the assertion that the school “goes well beyond teaching acceptance for different types of families. For instance, it advocates for children to be whatever they feel they might be (including in relation to gender)…”

The school however insists that the programme’s content is based on the Equality Act 2010.

“Whilst Mr Hussain may believe being gay and lesbian as well as transgender are morally wrong, they are protected characteristics under the Equality Act,” the school insists.

The programme was temporarily suspended after protests by parents at the school-gates last year, but it has since been revised and is once again being taught there.