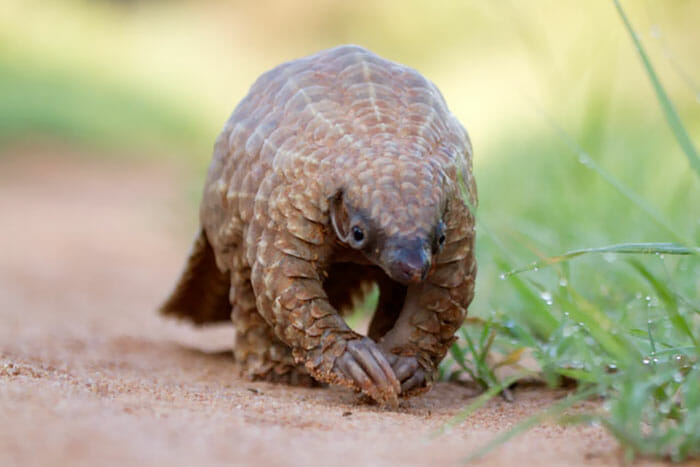 For anyone interested, as softies like me are, in wildlife conservation and protection, the People’s Republic of China has long been the world’s greatest and most abominable villain.

Nearly all of the poaching of endangered species in Africa, for example, is carried out to meet the demands of the Chinese market. Rhinoceros are regularly shot, or worse, stunned, and have their horns hacked off while still alive and often conscious, before being left to bleed to death, all because the Chinese still hold to the nonsense idea that Rhino horn has medicinal or aphrodisiac powers. Large elephants in some parts of Africa now need constant human bodyguards, because the Chinese market will pay for tusks with their weight in gold.

In parts of Siberian Russia, the Russo-Chinese border is patrolled by Russian troops whose job it is to stop Siberian Tigers from crossing the border, because if they are, they’ll be slaughtered without a second thought because some wealthy party official in Beijing wants a new rug. Annually, at one of the world’s most stomach churning events, thousands of dogs are skinned alive (yes, you read that right) as part of a dog meat festival.

And then, of course, there is the poor Pangolin.

To most of us, the Pangolin is just a very cute, very odd, little anteater. In China, almost as soon as it was discovered, people wanted to eat it. And the results have been devastating:

This National Geographic piece is well worth your time, on the subject of the Pangolin, while you’re at home for the foreseeable future. As a woman who devotes her life to trying to save the Pangolin says,  “Every time someone brings us a pangolin, I wonder if it’s the last one in Zimbabwe”.

Anyway, you get the picture: If there’s an animal species you love, or care about, the chances are that the Chinese market will serve someone who wants to kill and eat it. And that impulse, it seems, has come back to bite the whole world on the backside:

“the new coronavirus, which is thought to have originated in bats, may have been transmitted to humans via a wild animal for sale at a wet market in Wuhan, a city in central China.

Genetic analyses have come up short of pinpointing the culprit so far, but among the prime suspects is the pangolin, a long-snouted, scaly, ant-eating mammal virtually unknown in the West but widely prized in China as a delicacy and for its purported medicinal virtues….”

…Pangolin hot pot is considered a delicacy. Officials have been known to try to impress high-level guests with a pangolin meat stir-fry. Braise or steam pangolin with ginger and citronella, and show off the results online. The meat is a status symbol.

The scales, in particular, are thought to have health properties. In one 2015 survey, 70 percent of Chinese respondents said they believed that consuming pangolin could cure rheumatism and skin diseases and heal wounds. People hold some of these beliefs thinking they are rooted in traditional Chinese cuisine and medicine.

If anything, the meat of pangolins was believed to cause ailments, rather than cure any: It tastes bitter and was thought to be poisonous.”

If you’re a coronavirus, and you’ve been spreading harmlessly for centuries in Pangolins, but suddenly the pangolins are being wiped out, it probably makes sense to find a new host. And, it seems, in Wuhan, it did just that.

There’s an interesting intersection here between human health and the wider moral case in relation to China’s treatment of animals. One can only hope that the country learns its lesson.

Nice Catholic church beheading: “Tell my children I love them”