Coronavirus Disaster: Bad for you, great for the Climate Lobby 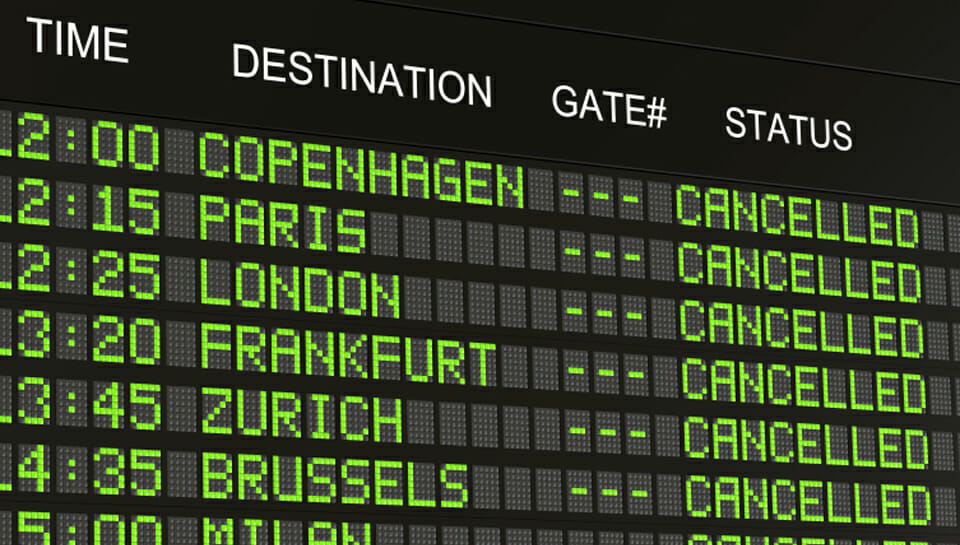 For most normal people, the coronavirus pandemic is an obvious disaster. It threatens the lives and wellbeing of older people, makes travel more difficult, creates scarcity of resources, and is, at the very least, highly inconvenient, if not outright fatal for businesses and jobs.

However, to radical green-types, Extinction Rebellion activists and Greta cultists, this may be the best news they’ve heard all year. After all, from their point of view, an almost permanent global shutdown is just what is needed to solve the climate crisis – and a global shutdown with no immediate end in sight is exactly what they’re getting.

For starters, the airline industry is suffering massively. With travel bans around the globe such as Trump’s ban on movement between the US and Europe, even major airlines are fighting for survival financially.

While this is an unmitigated catastrophe for thousands of people and their businesses who rely on intercontinental travel, it’s potentially terrific news for the green lobby. Greta Thunberg made a point of sailing to various climate summits and conferences rather than flying because of the environmental harm caused by planes. Even Roger Hallam, co-founder of Extinction Rebellion, said last year “If you want to be a vaguely moral person in this society, then flying is a no-no”, and his organisation has repeatedly been involved in controversial protests of airports themselves, to try to shut them down. So now that they are, in fact, shut down, while the situation is immensely harmful to world markets and business, at least someone should, in theory, be happy.

Roger Hallam, one of the brains behind @ExtinctionR, is joining the flight-free pledge. "If you want to be a vaguely moral person in this society, then flying is a no-no". Look out for our podcast recording with him – coming soon! pic.twitter.com/bo7nYi8sWK

According to Hallam, the only thing as bad as flying is “eating meat”. The climate lobby has long made itself the enemy of farmers and meat-eaters, with Extinction Rebellion blockading UK meat markets, lobbying lawmakers to “urgently end the industries of animal farming and fishing”, and demanding that people go vegan for the good of the climate.

With their dislike of meat-farming in mind, they should be thrilled to hear that the covid-19 pandemic is threatening a huge amount of farming businesses, with livestock marts and the like closing around the country.

Similarly, various news outlets have reported how “eerie” various cities and towns are, with reports of the streets being cleared by as early as 6:00pm, and many taxi drivers self-isolating to avoid getting infected. This will probably be good news for Eamon Ryan of the Green Party and his proposed restriction of one car to every ten Irish families – no travel, no carbon emissions.

In fact, Sky News economics editor and The Times columnist Ed Conway even noted the potential “silver-lining” in coronavirus – the fact that it kills off old people:

“Don’t take this the wrong way but if you were a young, hardline environmentalist looking for the ultimate weapon against climate change, you could hardly design anything better than coronavirus. Unlike most other such diseases, it kills mostly the old who, let’s face it, are more likely to be climate sceptics. It spares the young. Most of all, it stymies the forces that have been generating greenhouse gases for decades.”

To make a long story short, we’re getting to experience a little taste of everything the green lobby has been campaigning for, and if you are a climate-obsessed radical, you’re probably going to have a good 2020. For the rest of us, not so much.

Court approves €90,000 for child after fall into a bush