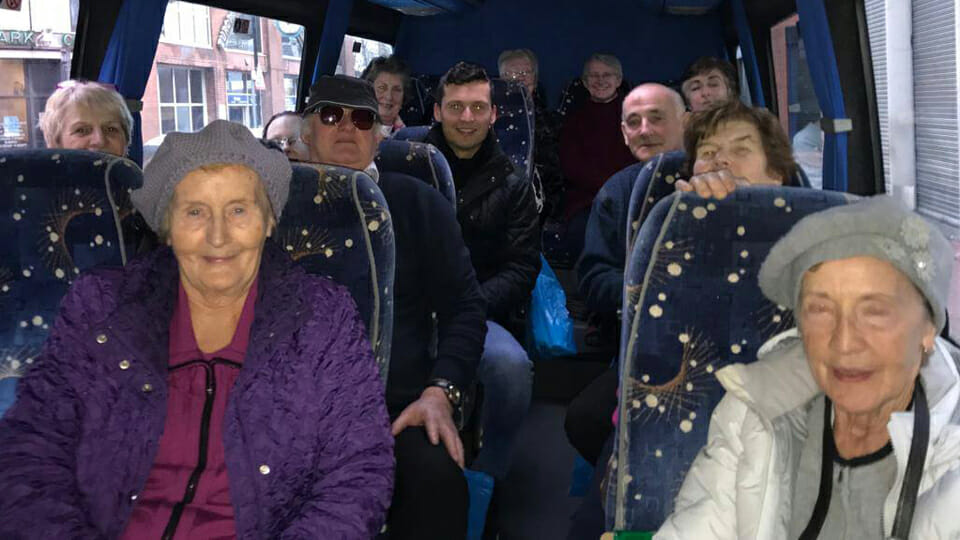 An initiative in County Mayo to transport people in need of cataract surgery to Belfast for treatment has been a huge success, the organiser says.

The patients were treated at one of the best private hospitals in the North, and will be reimbursed under the cross border directive, a HSE supported scheme.

“After waiting for over two years, I was going blind. The HSE would not even give me a date for treatment. I contacted the people organising the cataract bus, who took care of everything, within weeks I was in Belfast for cataract surgery. I can now see.”, said one patient, a bachelor who had been waiting for over two years for cataract surgery from the HSE.

Over one million people are on waiting lists, or one in five people in the state are waiting for some type of treatment.

Cataract surgery generally involves replacing the natural lens of the eye, which has become clouded, with an artificial lens. The operation can be carried out using local anaesthetic, and has a 90% success rate.

The bus was organised by Paul Lawless, a local teacher, who said that the idea for the cataract bus came to him while he was canvassing in the local elections earlier this year:

“During the local election campaign, I knocked on hundreds of doors and met thousands of people. I heard firsthand, the issues that people up and down this county are facing, but none more heart wrenching than those who are waiting for cataract surgery while their eyesight continues to deteriorate.” Mr. Lawless said.

“One man, a bachelor living on his own was waiting over two years for Cataract surgery. He explained that his eyesight is failing each the week and doesn’t know will he be able to see when he is finally called to Galway for his cataract surgery. As I wrote my contact details in large writing for Pat, he was unable to read it. Despite the requirement for early intervention, Pat, who is at risk of going blind as a result of the condition, remains on the waiting list after two years with no date imminent for this treatment. In light of this visit, and many other such visits, I set about organising a group of people to travel to Belfast for cataract surgery. And I’m delighted to say, the first cataract bus travelled to Belfast last weekend, it was a huge success.”

Mr. Lawless says that he intends to continue the project into the future, hoping to help anyone else in Mayo or the surrounding areas who is waiting for cataract surgery.

WATCH: Eel Fisherman dumps thousands of Euro worth of fish as the state’s total ban on eel fishing continues