Aontú has accused Sinn Féin of distributing a bogus sample ballot paper in advance of today’s by-election in Wexford.

“What Sinn Féin has published as a ‘sample ballot’ are not sample ballot papers as they have been manipulated and doctored to ensure that the name of one particular candidate, Aontú’s Cllr Jim Codd, does not feature,” the new political party said in a statement today.

Section 152 of The Electoral Act 1992 states “that any person who, before or during a Dáil election, makes or publishes any statement which is likely to mislead voters as to the actual process of voting shall be guilty of an offence”.

Aontú say they are currently seeking legal advice as to whether there has been a breach of this law.

“This is very shocking move by Sinn Féin. The issuing of a fake ballot paper in advance of the by-election is an effort to mislead voters. That they would target Aontú and Cllr Jim Codd, a dedicated local representative, is wrong.

“The Fine Gael and Fianna Fáil government have caused so much damage to the people of Wexford in terms of the housing crisis, the hospital crisis, the farm income crisis and the overheating of Dublin to the cost of counties like Wexford. Yet, Sinn Féin let them off the hook and target one of the hardest working elected reps in Wexford, Cllr Jim Codd.

“Given that I was a TD with that party for 8 years, spite and pettiness seems to be the motivation. Misleading voters in this manner seeks to misrepresent and deceive. It is poor politics. The people of Wexford deserve better than this.” 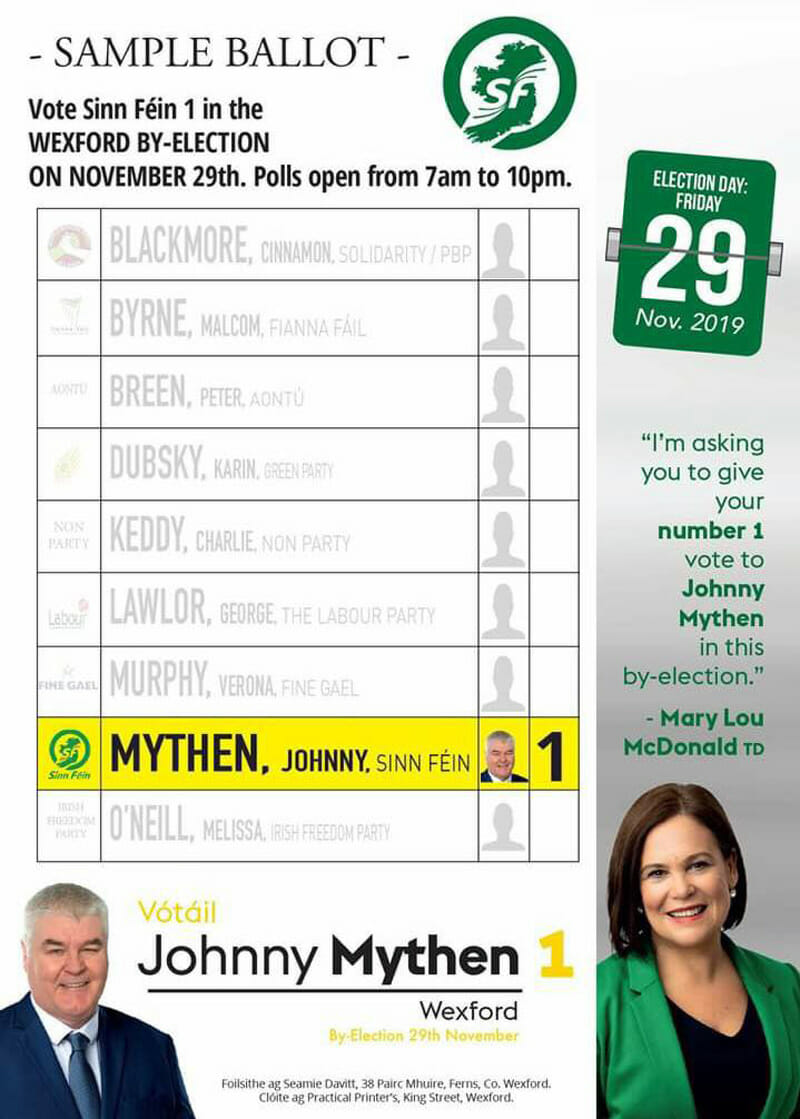