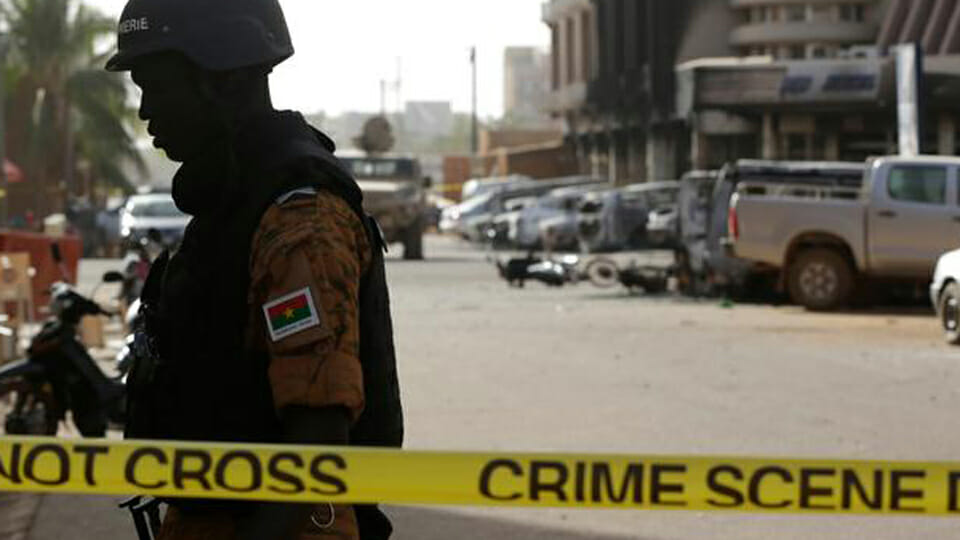 At least 14 people were murdered as they attended Christian services on Sunday when 10 heavily armed gunmen, suspected to be linked to al-Qaeda and ISIL, stormed the church and opened fire.

President of the West African nation Roch Marc Christian Kabore confirmed on Twitter that 14 people were killed in the attack in the town of Hantoukoura, and that several others were wounded.

The President condemned “the barbaric attack” on Christian worshippers, and called for more security against gunmen.

Burkina Faso has been struggling with growing terror attacks linked to the spread of groups linked to al-Qaeda and the Islamic State of Iraq, with some parts of the country left ungovernable.

Hundreds of civilians have been killed in the past year alone, while almost a million people have been forced from their homes.

The deadly attack was carried out at the end of a worldwide Week of Witness which showed that Christians are the most persecuted religious grouping in the world at present, and that 245 million Christians are living in places where they experience high levels of persecution.